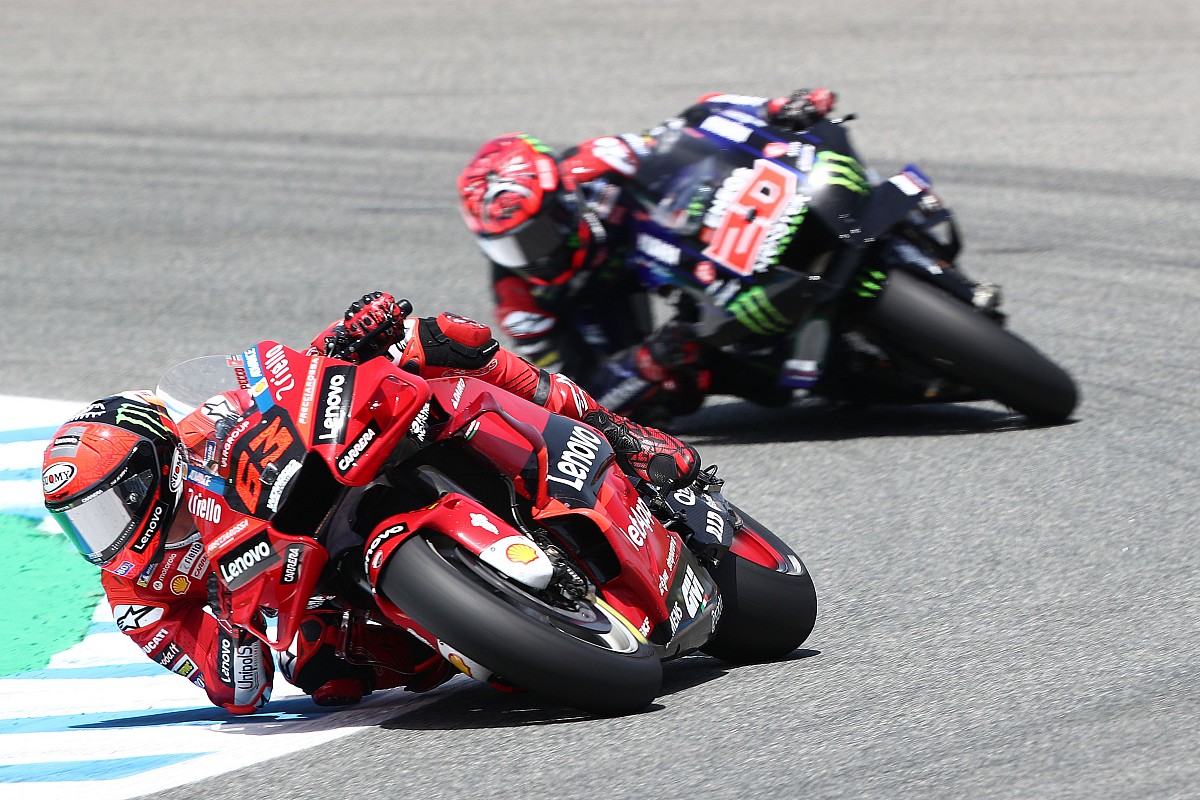 The pair got off the line evenly, but Quartararo was edged out by Bagnaia and sat behind the Ducati rider for the entire 25-lap race.

Due to his front tyre pressure going up behind Bagnaia, Quartararo dropped back into clean air at one stage of the race to mount an attack in the final laps.

But, despite ending up 0.285 seconds behind Bagnaia at the chequered flag, Quartararo says it was impossible to overtake the Ducati rider.

“Yes, was difficult,” Quartararo, who now leads the championship by seven points, said of his race. “My goal was to overtake Pecco in the first two, three laps. But he was super-fast, was braking super-good and tight.

“So, it was tough and when I was behind him my front tyre had the feeling that the front pressure and front temperature was super high.

“And I had to make a small gap to Pecco because I couldn’t ride behind him.

“Then the last laps I gave my best to try something, but it was not possible to try any overtakes because he was super-fast, super consistent.

“But I’m really happy about this race because our pace was strong.” 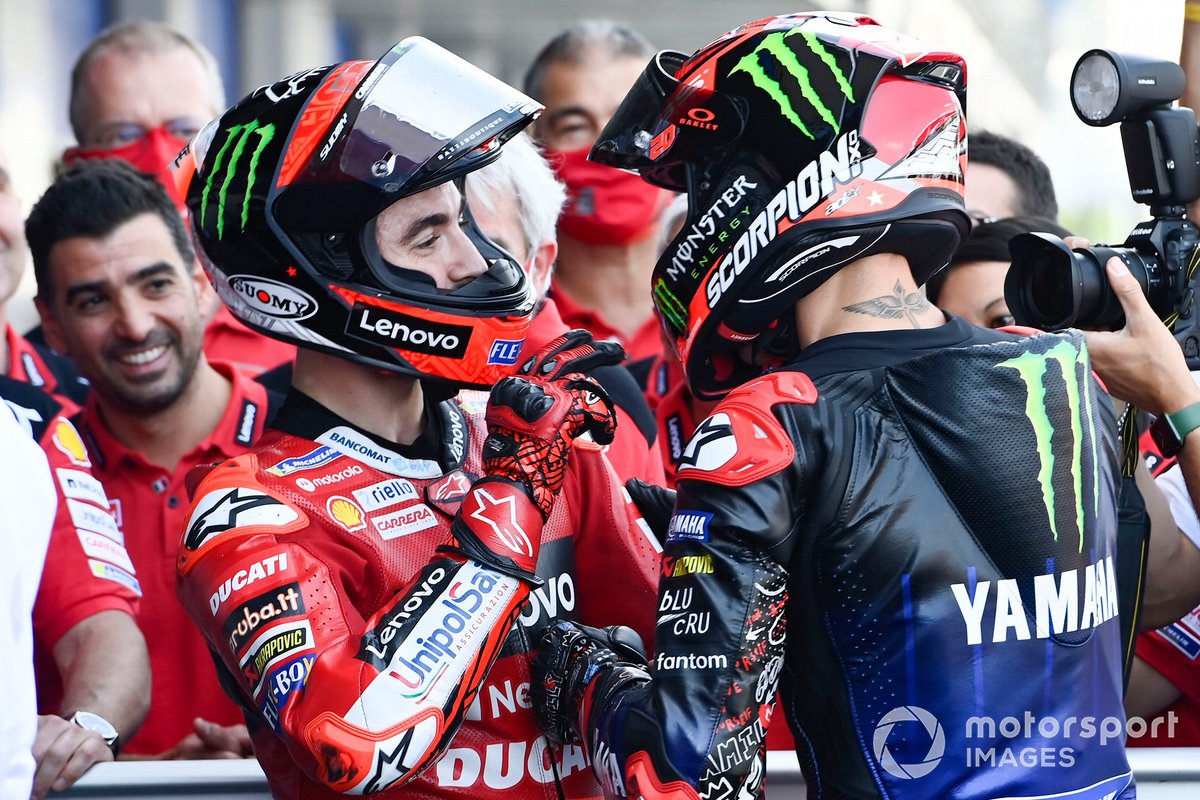 Quartararo added that a small moment at Turn 11 on the final lap led him to call off any last-corner lunge on Bagnaia – though admits an attempt would have been hard anyway given how well the Ducati rider was braking.

“Last lap I was pushing like hell, but I tried to make Turn 11 super-fast to give a try on the last corner, but I lost the front a little bit in Turn 11,” he added.

“I said ‘OK, I’m going slowly’. There was two corners to go, there was no chance to overtake Pecco in the last corner.

“So, I was taking it easy in the last two corners but I couldn’t try because Pecco, when he was alone, he was not behind any riders and it’s much better for the front tyre.

“But he worked really well on the first laps to get this chance.”