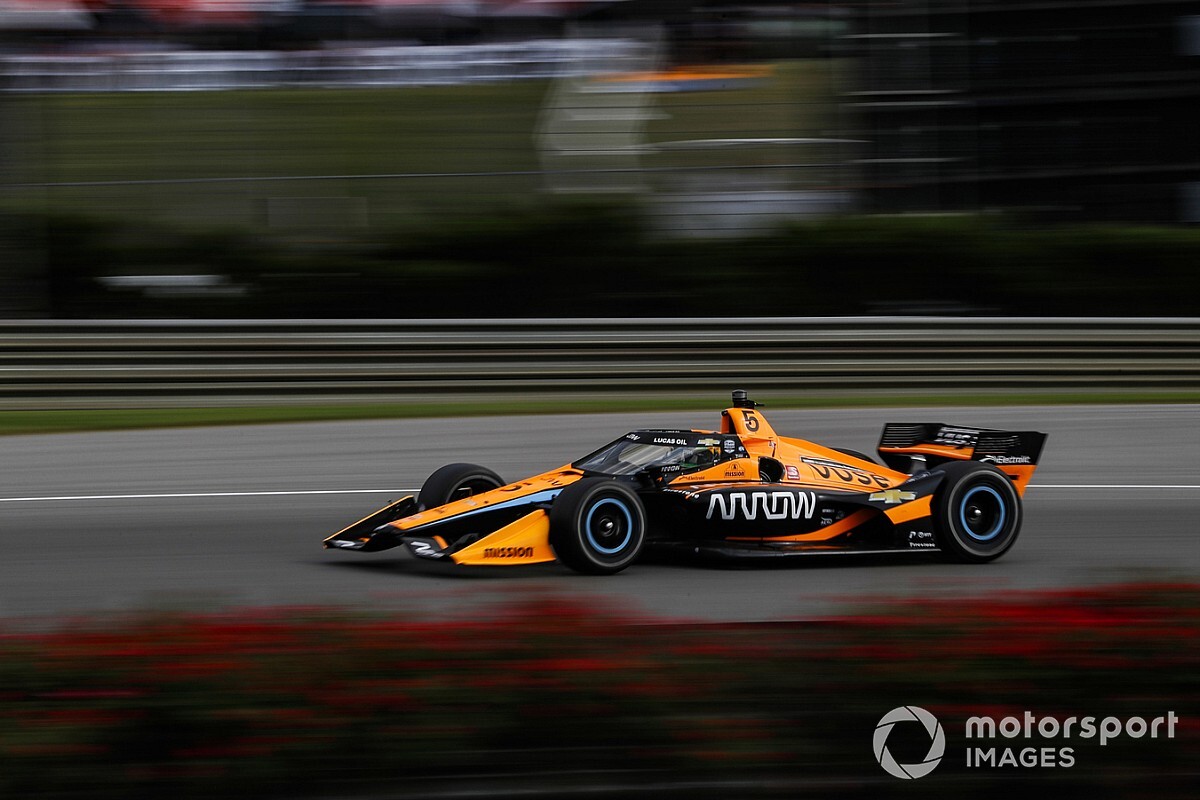 After polesitter Rinus VeeKay controlled the opening two-thirds of the race, the Barber contest came alive on the final round of pitstops as VeeKay, O’Ward, Scott McLaughlin and Will Power pulled in together.

VeeKay just got out ahead of O’Ward, after the Arrow McLaren SP driver delivered a great in-lap and his crew produced a perfect pitstop, and on the out-lap VeeKay flicked to the left to defend the inside and O’Ward drove around the outside at Turn 5 to claim the net lead.

The final frontrunner to stop – two laps after O’Ward and VeeKay – was Palou, and between a brilliant in-lap and well executed stop from the Chip Ganassi #10 crew, the reigning champion emerged between them to claim second.

With fresher tyres Palou closed the gap to O’Ward to around 1s, but then the Mexican driver started edging away again with some personal best laps.

Running two seconds apart in the final 10 laps, both pushed hard and had dropped VeeKay, while further back on lap 86 Graham Rahal and Romain Grosjean made contact twice on the exit of Turn 5.

Up front, O’Ward had wisely conserved his push to pass and therefore fuel, and was only let off the leash on the final lap. He had executed perfectly and rolled home the winner, by one second, ahead of last year’s winner Palou.

VeeKay was a further 11.5s behind, turning in his quickest lap of the race after allowing Power to get within two seconds. VeeKay claimed the final podium spot by 2.7s ahead of the Penske driver. 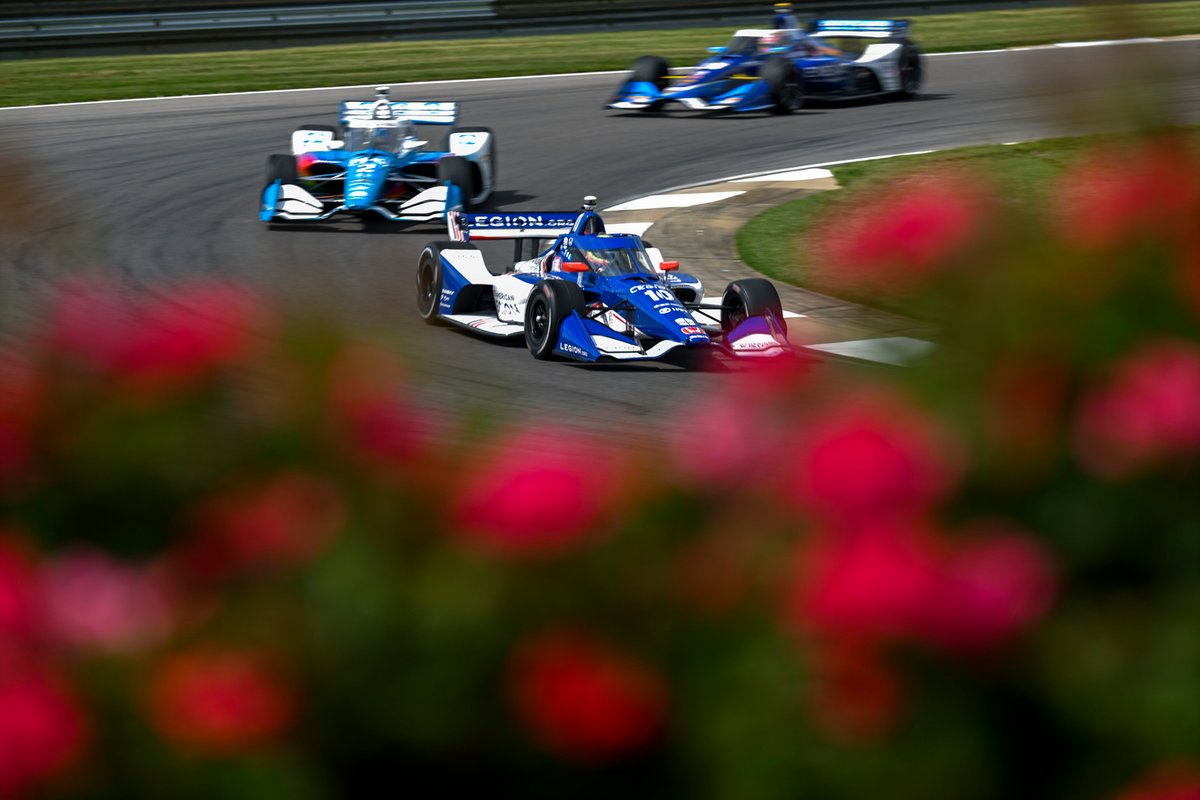 Power was still able to pull off a remarkable charge through the field having started in 19th place to finish as lead Penske driver, with Scott Dixon able to produce a similar surge, having been knocked out of the first stage of qualifying, profiting on strategy to take fifth place for Chip Ganassi Racing.

McLaughlin struggled for race pace and a skip across the grass fighting for position with Dixon lost him a position and dropped him to sixth place at the finish.

Andretti’s Grosjean snatched seventh place off Rahal on the final lap as the American driver ran low on fuel, as Alexander Rossi’s low-key performance saw him fade to ninth place.

Colton Herta finished where he started in 10th place for Andretti but his own carve through the pack was stunted when he clipped wheels with McLaughlin and spun off trying to overtake up the inside at Turn 5.

IndyCar rookie Callum Ilott saw his chances of an impressive result disappear when he spun off midway through the race, having battled Meyer Shank Racing’s Helio Castroneves at Turn 8 only to outbrake himself and spin into the gravel at Turn 9. The British driver ended the race in 25th and two laps down.

Palou has now taken the lead of the IndyCar championship ahead of McLaughlin, Newgarden and Power.