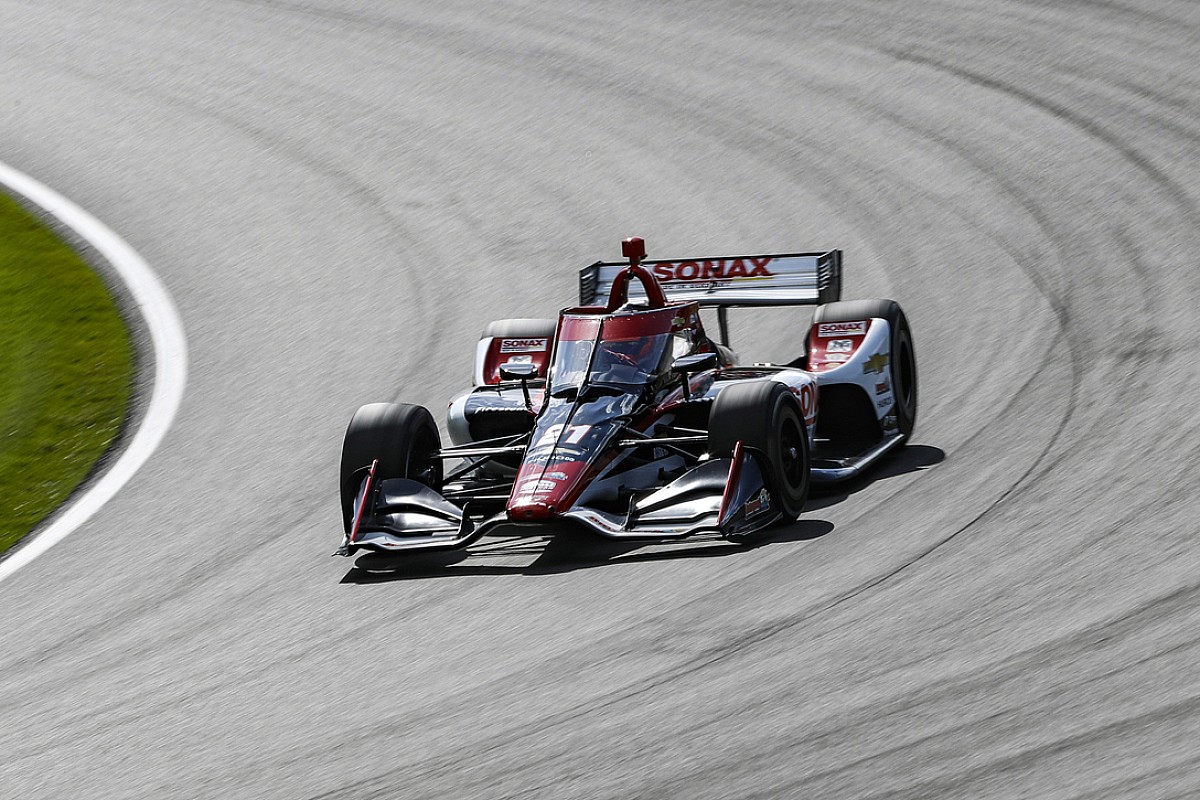 Rossi’s shunt after 15 minutes was a strange one, the car fishtailing viciously on the exit of the final turn, despite not initially riding the curbs. The #27 Andretti car, which had been seventh fastest up to that point went onto the grass and smacked an unprotected part of the barrier, most heavily with its right-rear corner.

The top of the rear attenuator was torn off, and thrown across the track just as Rossi’s team-mate Helio Castroneves arrived on the scene, and the right-front tyre rode over the carbonfiber shard, picking up a puncture. Due to an IndyCar regulation meant that Castroneves would have to sit out the restarted session for five minutes, since he had required a tow-in.

However, the Andretti #27 crew – and their colleagues from other cars – had a daunting prospect to rebuild the car and fit a new engine in time for qualifying, set to begin in under three hours after practice finished.

That wasn’t the only off for the team, as Romain Grosjean, who was sitting atop the times, went long into the quick chicane at Turn 7, launched off a curb and spun in the gravel. The ex-F1 driver smartly let the car roll backward out of the run-off sand, kept the engine alive, and continued.

Rinus VeeKay was the first driver to break the 1m06s barrier, turning a 1m05.9264s lap after he put on a set of Firestone’s alternate compound, but there was a second red when Will Power’s Penske spun off at the same spot as Grosjean. 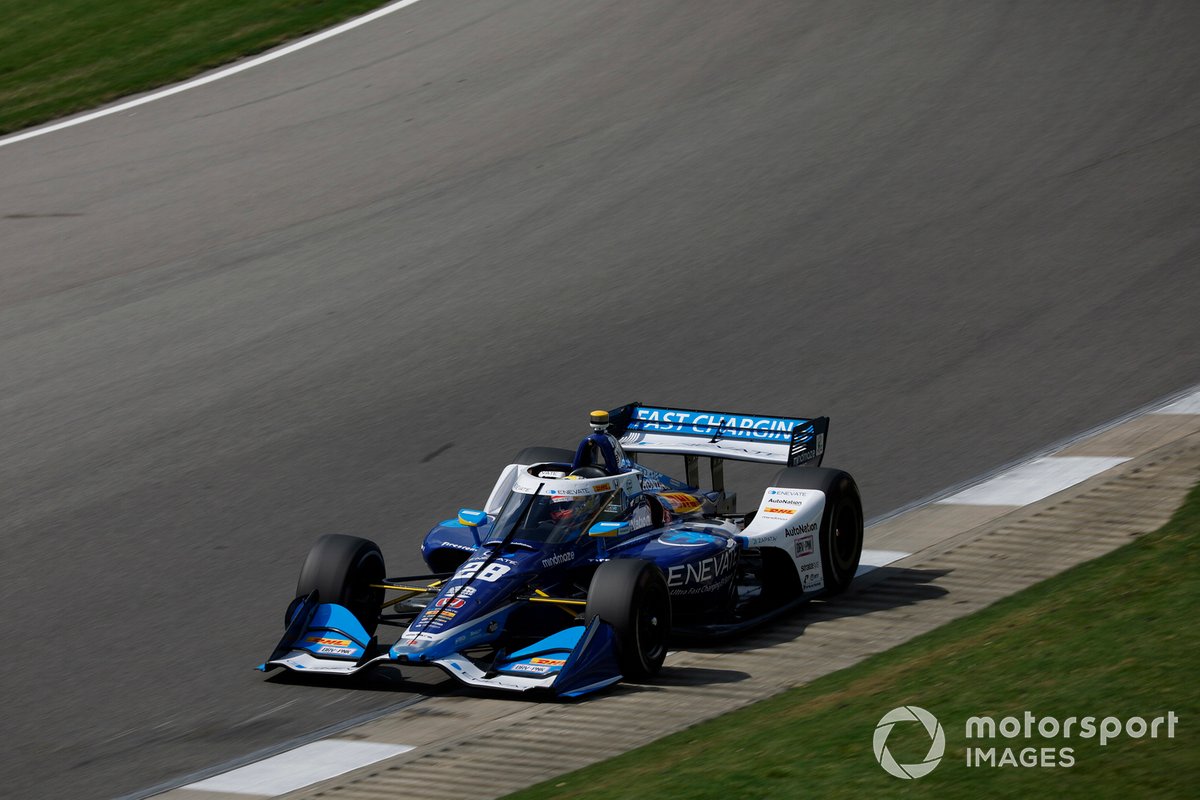 There was a flurry of late improvements as everyone had to try out their alternates for the first time in the last seven minutes. Arrow McLaren SP Pato O’Ward, last year’s polesitter, came up just 0.0872s short of VeeKay’s marker, while Colton Herta jumped into third, displacing Penske’s pacesetter, Scott McLaughlin.

Grosjean wound up fifth, ahead of a trio of Chip Ganassi Racing led by Alex Palou, while Callum Ilott’s superb form for Juncos Hollinger Racing continued with ninth fastest. Jack Harvey rounded out the top 10 with an encouraging run, 0.6324s off the ultimate pace.