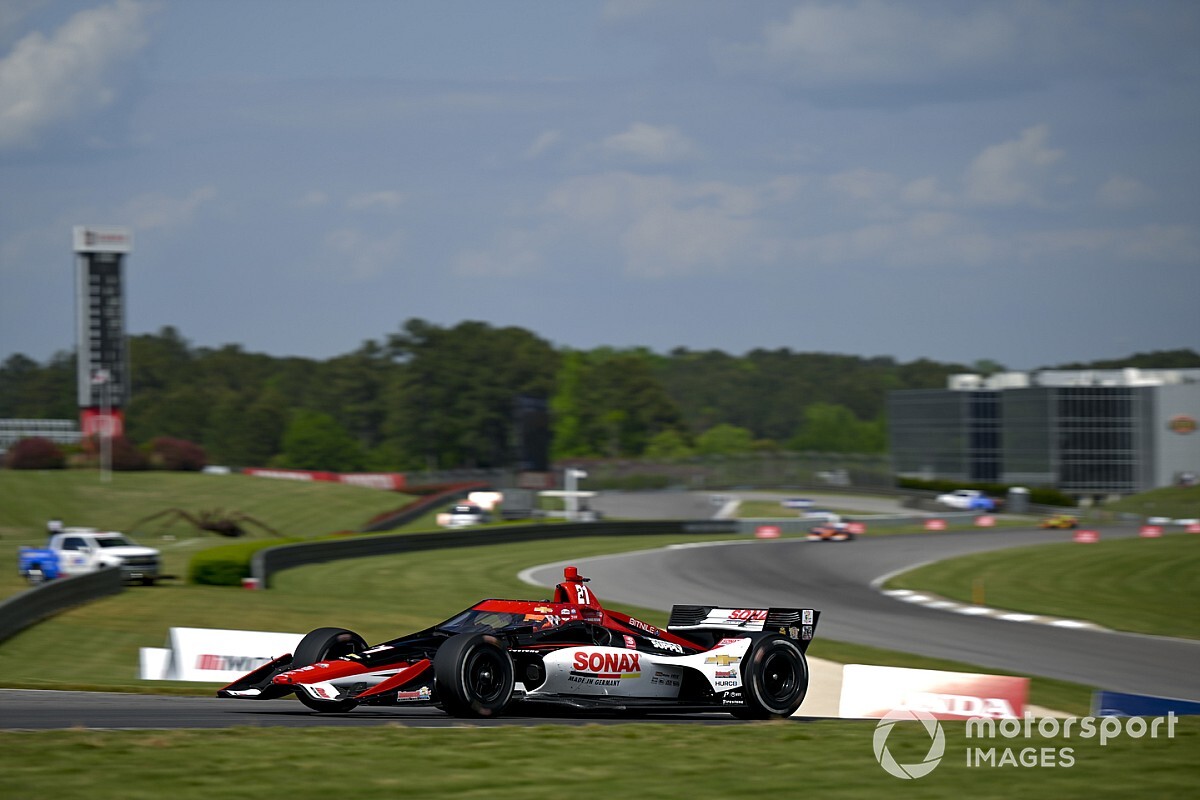 Arrow McLaren SP’s O’Ward reported he had to gather up a major slide as he tried to build momentum for his final run, so ended up quite content with his first front row of the season. He will start just ahead of Alex Palou of Chip Ganassi Racing, who won the 2021 Barber race and is defending IndyCar champion.

Scott McLaughlin, who has been Team Penske pacesetter throughout the weekend, was fourth fastest in another impressive showing by the Kiwi driver.

The sole Andretti Autosport representative in the Fast Six shootout was Alexander Rossi in fifth, a remarkable comeback from his heavy shunt in second practice, while Felix Rosenqvist ensured two Arrow McLaren SP will start from the first three rows.

VeeKay didn’t fully dominate qualifying after he had to serve a drivethrough penalty before his final flying lap in Q2 for breaking the pitlane speed limit, but that didn’t prevent him producing a 1m06.2732s lap that was enough to get him into the top five, especially when two Andretti Autosport drivers, Romain Grosjean and Colton Herta, failed to graduate into the pole session. 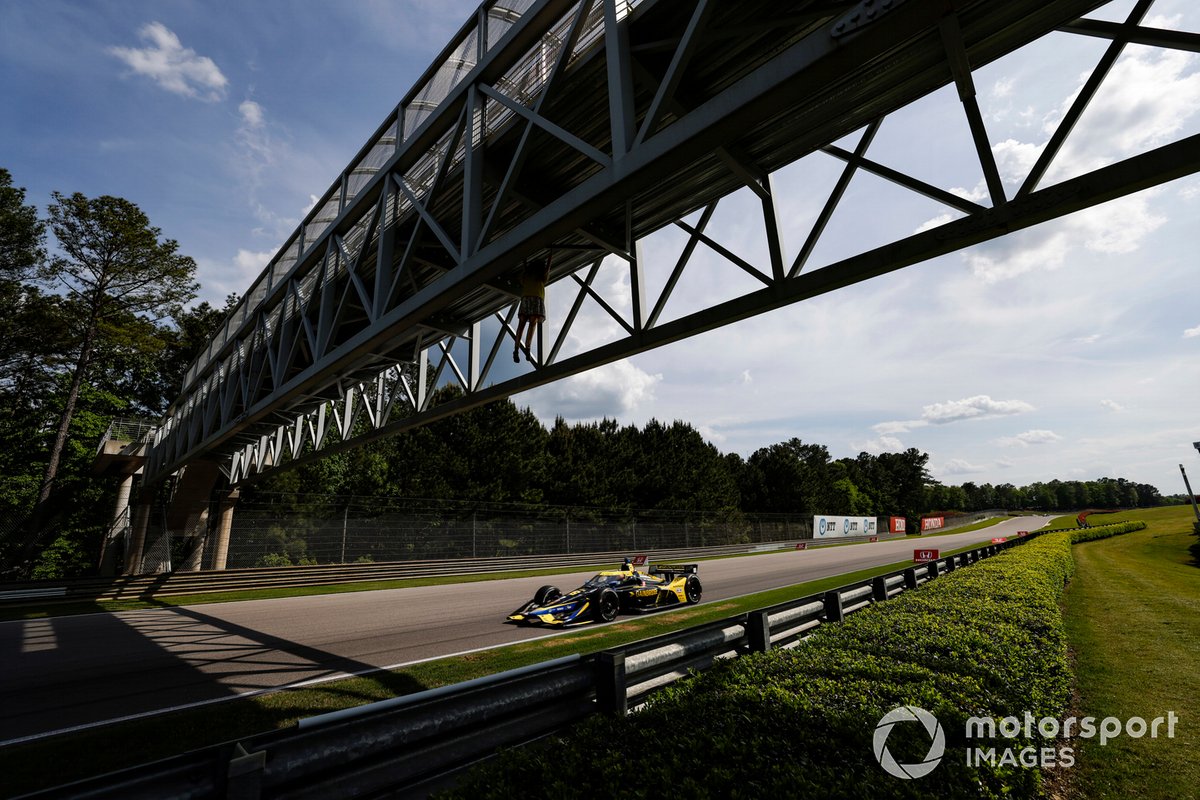 Marcus Ericsson threw his car off the track at Turn 7 in the final two minutes of Q2, to bring out the red flag, and he subsequently lost his best laps.

That incident meant Herta wasn’t able to complete his final flyer, having left pitlane late, so he will line up 10th, behind team-mate Grosjean in eighth who fell 0.07s short of reaching the final stage of qualifying. Graham Rahal splits the pair of Andretti drivers in ninth.

Callum Ilott secured his best qualifying of his rookie IndyCar campaign in 11th, but was kicking himself for making a minor error on his best lap, despite still making a great breakthrough for Juncos Hollinger Racing.

In the Q1 stages, in the second group Helio Castroneves suffered an incident exiting Turn 9 but got going again so didn’t cause a red flag, but he wasn’t quick enough to move on to Q2.

Rookie David Malukas also had a shunt after completing his final flyer in the second Q1 group, skating across the grass just after the timing line and making firm contact with a barrier.

In the first Q1 group the surprise exclusions were Ganassi’s Scott Dixon in seventh in the session and Team Penske’s Will Power in 10th, both of them looking quite puzzled at their pace, having had no major complaints about their respective cars’ handling traits.