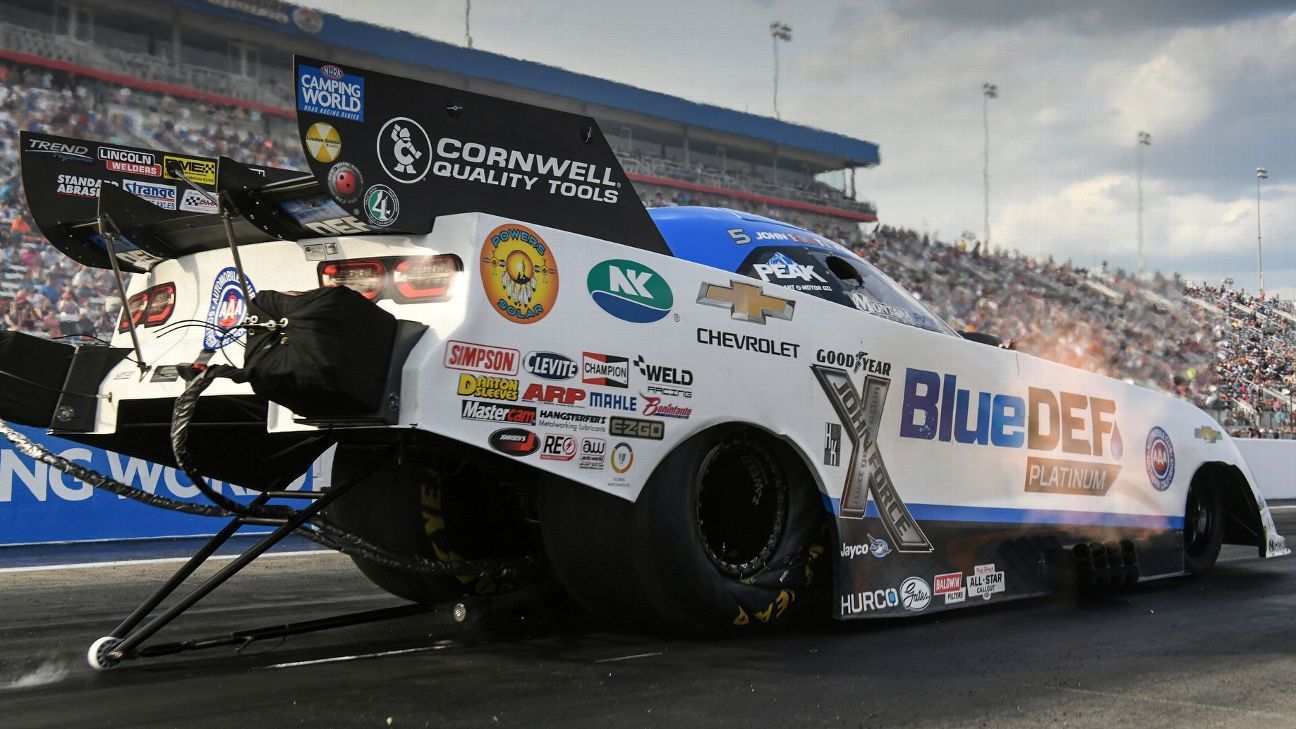 Force qualified No. 1 with a track-record run and set the track speed record at 335.07 mph in the first round of eliminations.

“Things just seem to happen where you’re destined to win,” the 16-time season champion said. “It was amazing. On some days, magical things just happen. Things went right and we were able to win the race. It was like it was destiny and it was a great weekend for my team. To finally get a win this year gives me a lot of confidence.”