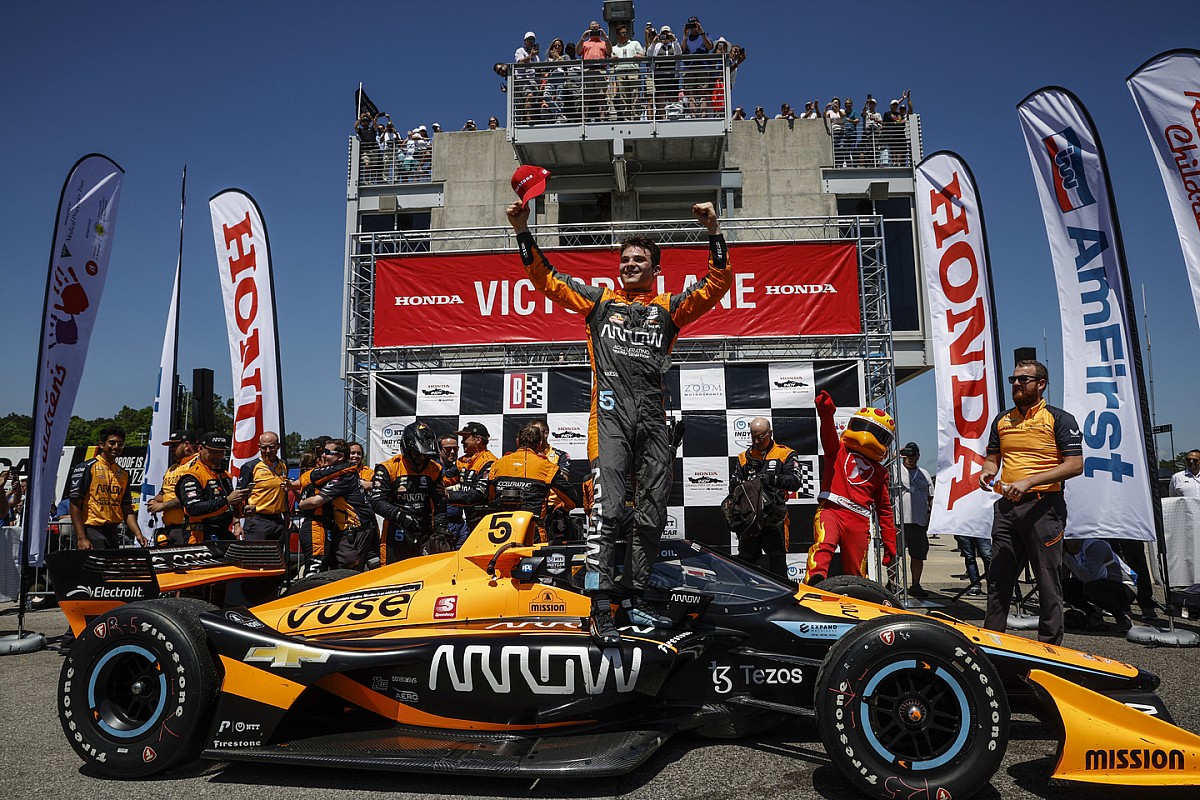 After learning that rival Colton Herta of Andretti Autosport will test a McLaren Formula 1 car, there had been friction between O’Ward and his team, with the Mexican prodigy declaring he was open to other offers.

That has led to speculation surrounding his future at Arrow McLaren SP, with McLaren CEO Zak Brown declaring it as “unfounded noise” two days later.

Confirmation of the real state of play back in March – and the fact that they have now smoothed over their issues and reached a verbal agreement – came from O’Ward when he stepped out of his car after winning at Barber.

Asked by Autosport how close he was to a new deal, O’Ward declared: “I’d say it’s close. But honestly, we’re into the season already, so I’m kind of, I don’t want to worry about it. I think things will shape up.

“There’s been very positive conversations. I think the vibe in the team is fantastic. I think that’s what we need going into the month of May. The rest I think will take care of itself.

“I don’t have a date for you. I guess whenever it’s signed, you’ll probably see it in the media somewhere, probably be one of the first ones to know, actually.” 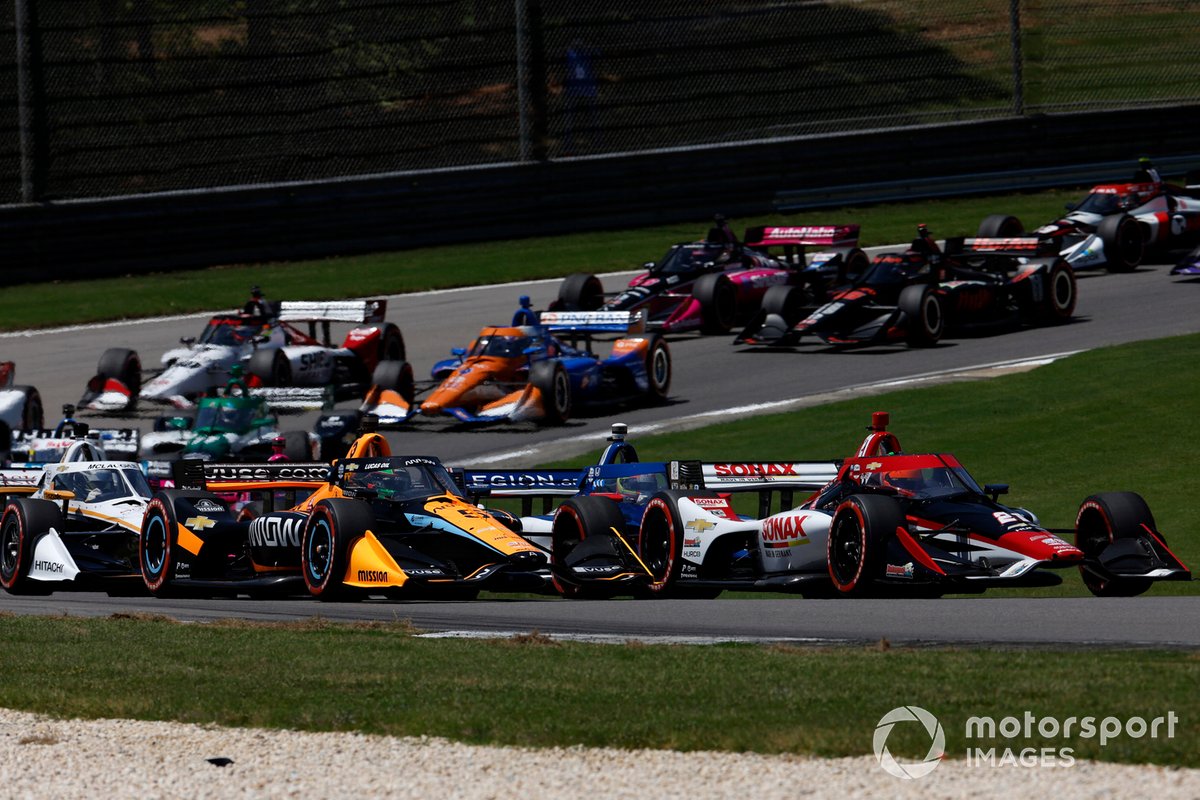 Team president Taylor Kiel added: “Yeah, what Pato said. We’re in a good place,” before O’Ward interjected with, “All smiles and unicorns, man!”

O’Ward, whose first three wins have come on an oval (Texas 2021), a street course (Detroit 2021) and now a road course, drove a very controlled race at Barber. Having been beaten to pole position by Ed Carpenter Racing driver Rinus VeeKay, O’Ward stayed within 2.5s of the Dutch youngster throughout the first and second stints. Then on their pit-in lap, O’Ward closed onto the tail of the ECR car, partially aided by Jimmie Johnson slightly holding up the leader, and they left pitlane nose-to-tail.

On the run up the hill to Turn 5, O’Ward drafted VeeKay, and when he moved left to protect the inside line into the heavy braking zone, the AMSP driver went around the outside of him to take the net lead.

Two laps later, Palou emerged from the pits between the pair, and he remained O’Ward’s only threat to the end of the race. But the defending champion didn’t get within one second of O’Ward until the AMSP driver eased off on the final lap.

“I think it was a very slow-paced race,” said O’Ward, who at the same track in 2021 had finished fourth after running a three-stop strategy. “Last year we did the strategy that we didn’t do today. Today was a bit different in terms of really seeing where these tyres would take us in terms of blacks to reds, reds to blacks. But it was good. I think we managed it. We stayed very patient.

“When the opportunities came, we were able to take advantage of that, yeah, challenge these guys for the lead of the race.”

Describing the winning pass he said: “I knew the only opportunity I was going to have was then and there. Like I said, it’s such a fast and flowing circuit where you stay within probably a second and you can probably get within maybe seven tenths of the car in front once their tyres are heated up. It’s really hard to strike, especially if they are also on the same strategy of fuel saving and ‘push to pass’.”