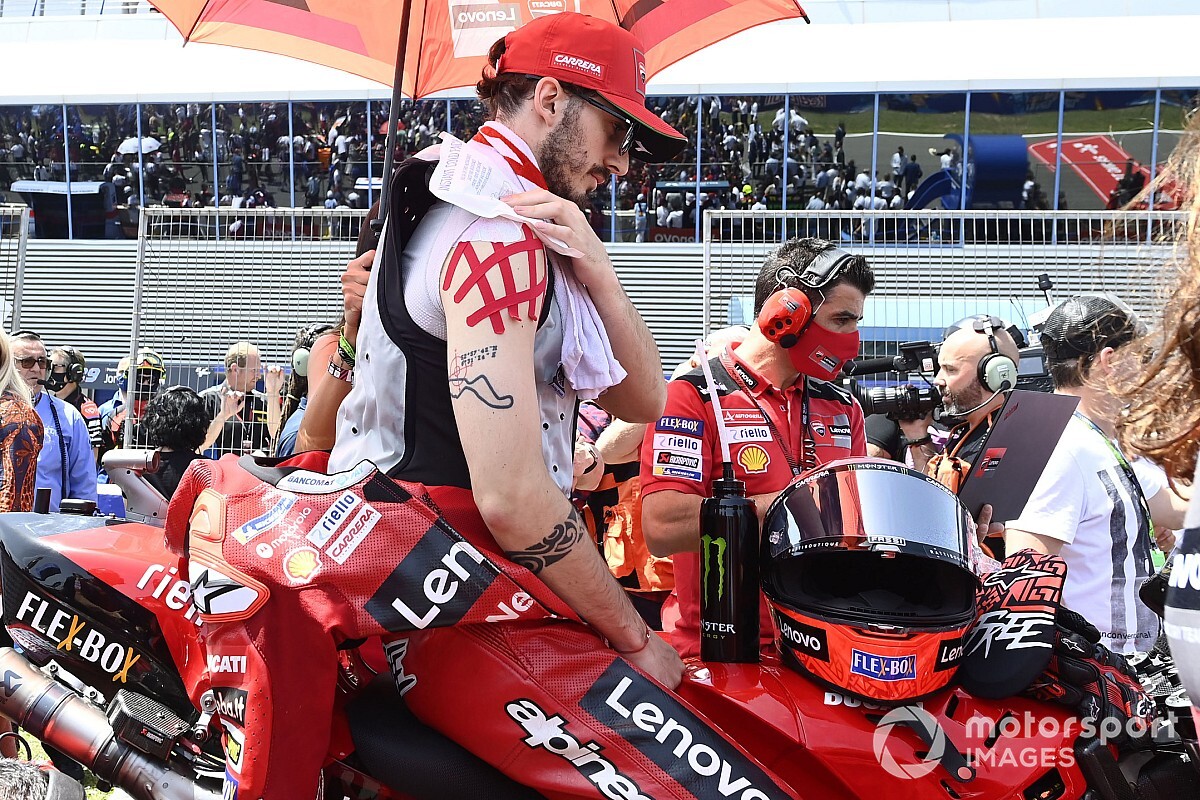 The Italian crashed heavily during qualifying for the Portimao round last weekend and had to go to hospital for checks on his right shoulder.

Though no fractures were found, Bagnaia still battled through the pain to eighth place in that race and continued to be hampered by the injury this weekend in Spain.

He fended off Yamaha’s Fabio Quartararo to claim his first victory of the season having led from start to finish from pole, but admits the pain he felt in his shoulder in warm-up caused him concerns.

“I was very worried about the race because this morning in the warm-up I was without painkillers, and I was struggling,” Bagnaia said when asked about his shoulder.

“But then Clinica Mobile always has something good to give to you, and that helped me.

“Just the last part of the race was difficult because all the braking is in the right apart from the last corner.

“Turn 6 was very difficult to stop the bike because it was like someone was putting pressure on my [shoulder] and it was painful.” 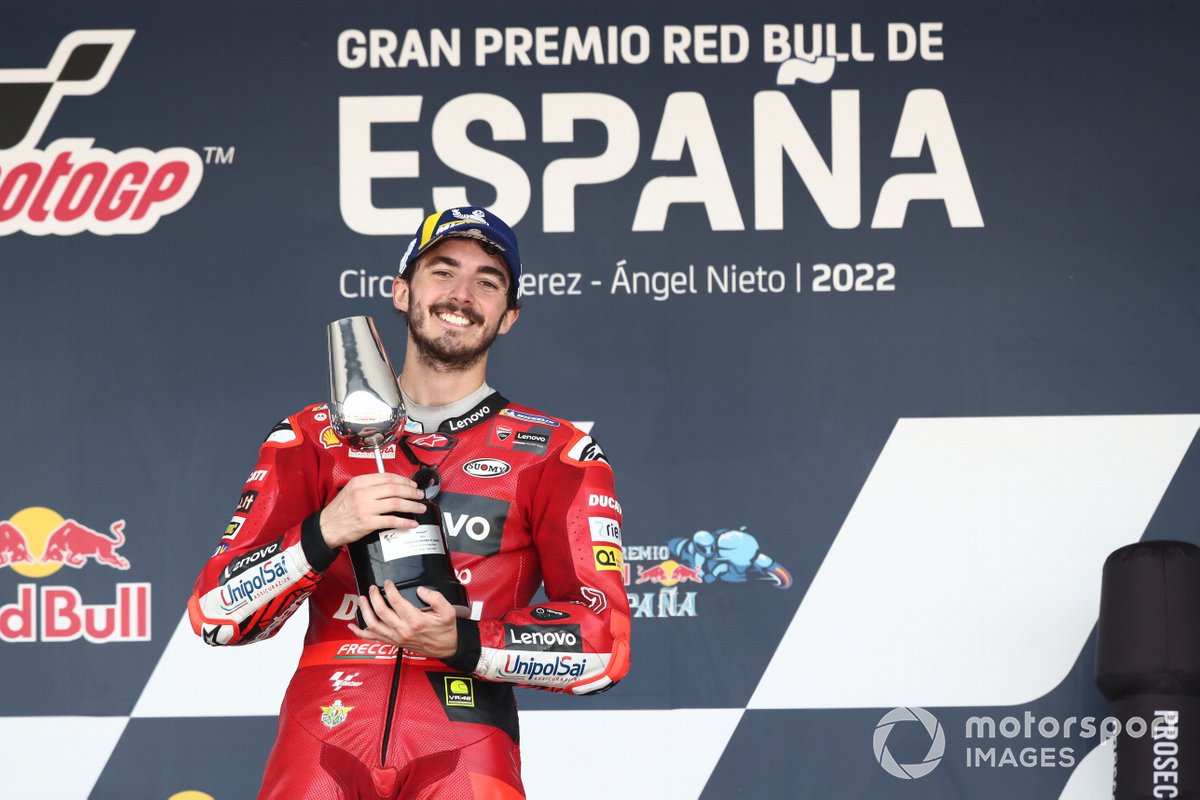 Bagnaia’s win marked the first for the 2022 Ducati this season, with the marque’s other two victories coming from Gresini’s Enea Bastianini on the 2021-spec bike.

The GP22 has had a tricky start to the season, but Bagnaia feels in recent rounds he has started to get on top of the bike and rediscover the front-end feeling he had with the GP21.

Speaking about the breakthrough he’s made with the bike that led to his Jerez win, Bagnaia said the best thing Ducati did was stop trying to adapt the bike to his style and let him figure it out for himself.

“I was more optimistic during the test, but arriving to the first race the reality was a bit different and I started struggling a bit,” Bagnaia said of the 2022 Ducati.

“But I think we did a good thing in stopping trying to adapt this bike to me and just leaving the bike the same.

“For sure this bike needed a different riding style because now I can be faster in the corners.

“So, it’s a bit different. But finally I think that I’m back to my best shape like I was last year and I would like to continue like this now, not losing points.”