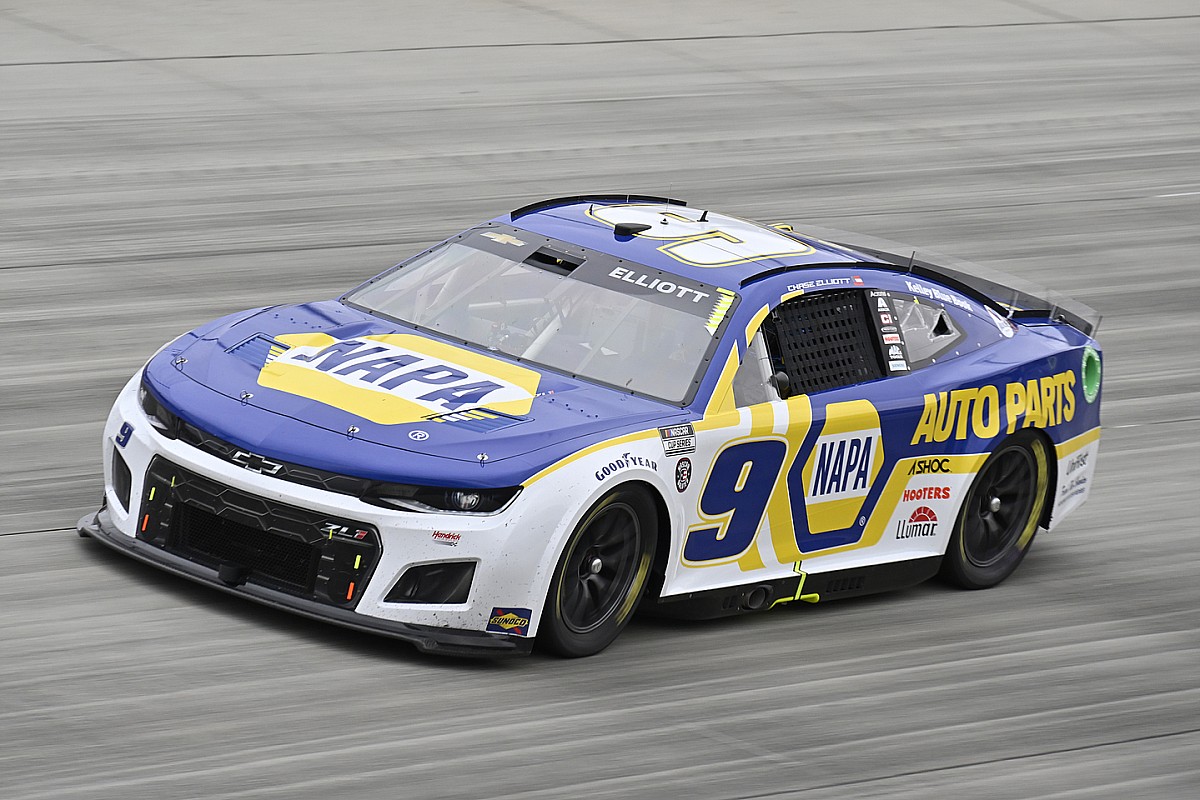 Elliott powered past Ross Chastain on a restart with 53 of 400 laps remaining to grab the lead and kept Stenhouse at bay – having gone into the race leading the series standings for six consecutive weeks, while remaining the only Hendrick Motorsports driver without a win this season.

The victory, the 11th of his career, is also his first win on an oval track since November 2020 – when he won the 2021 title at Phoenix Raceway.

Daniel Suarez had spun in Turn 3 after making contact with Corey LaJoie to bring out the 11th caution of the race on lap 335, although most lead-lap cars remained on the track rather than pit and Chastain remained out front when the race resumed on Lap 340.

While Elliott and Chastain raced side-by-side for the lead, Tyler Reddick spun off Turn 2 seven laps later to bring out a further caution. The race returned to green-flag conditions on lap 348 with Chastain still the leader, followed by Elliott, Truex and Stenhouse.

Elliott quickly cleared Chastain for the lead on the restart as Stenhouse moved to third, and the JTG Daugherty driver then powered into the runner-up position on Lap 351 as Chastain dropped to third. With five laps to go, Elliott’s lead over Stenhouse remained at a comfortable 2 seconds.

“Had some good circumstances finally. Really appreciate Alan (Gustafson, crew chief) and our entire team for just sticking with it,” Elliott said. “We’ve had some tough races over the last, I don’t know, four, five months.

“Huge thanks to everybody involved. It’s been a fun day and we’re certainly going to enjoy it. Like I told them after the race, those guys, they’ve been deserving of one for a while, and I’m glad we could get across the line first.” 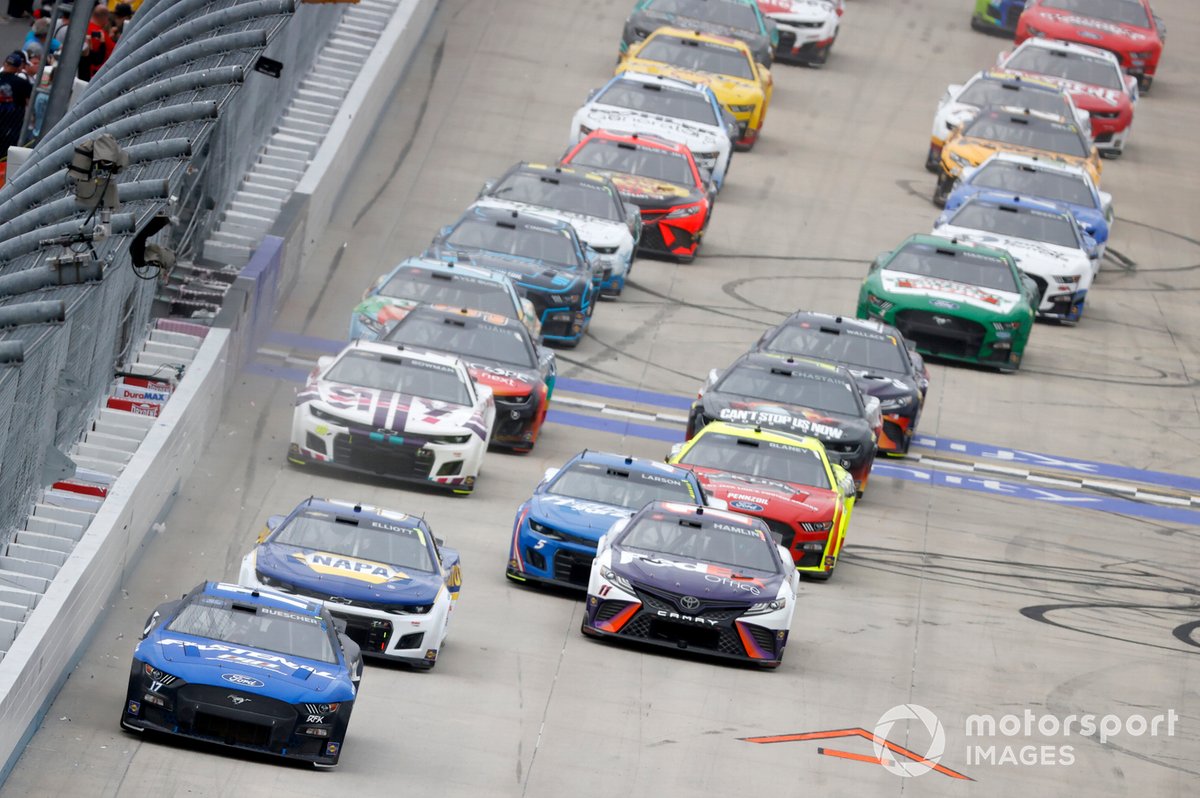 Elliott is now the ninth different winner in the season’s first 11 races. Elliott took the chequered flag 2.577 seconds ahead of Stenhouse but a caution was displayed on the final lap after Chastain and Martin Truex Jr. made contact while racing for third.

In the opening third of the race, Elliott had been in contention to secure the first stage win, but was beaten to the punch by Denny Hamlin with eight laps remaining in the stage, as the Joe Gibbs Racing driver went to the inside of Elliott to pick up the lead.

Ryan Blaney won the second stage after electing not to pit after Hamlin crashed on the front stretch while trying to avoid a spinning Cody Ware, who was three laps down at the time.

Hamlin, whose difficult season continues after finishing 21st, was the first out of the pits following the break between Stages 1 and 2, where the lead-lap cars all came in, but his left-front tyre fell of his #11 Toyota.

He later received a penalty for speeding in the pitlane following a Stage 3 caution brought out by AJ Allmendinger, whose wheel had also escaped.

Poleman Chris Buescher was eighth, having led the first 18 laps until Hamlin worked his way around him to move into the top spot on lap 19.

Kevin Harvick was ninth, with Erik Jones completing the top 10. Truex, who was running fourth on the final lap, ended up 12th after his contact with Chastain.