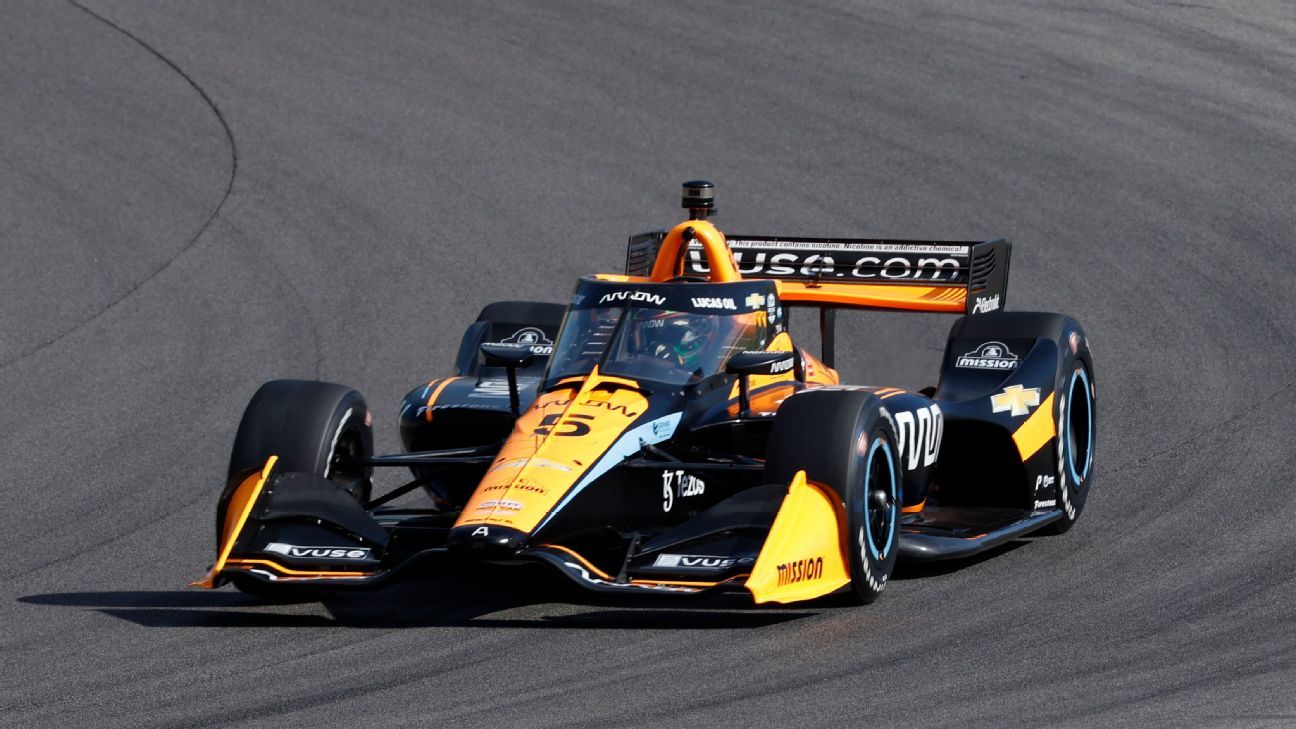 LEEDS, Ala. — Pato O’Ward made a conscious decision to stop worrying about his IndyCar contract and Formula One aspirations and focus on his current job.

The effort first earned him a pending contract extension, and on Sunday, O’Ward picked up his first win of the IndyCar season.

The popular Mexican driver used a strong outside pass of pole-sitter Rinus VeeKay after both pitted for fresh tires to take the lead and then drive away for the victory at Barber Motorsports Park. It is the third win of O’Ward’s career and broke a Team Penske stranglehold on the IndyCar results.

Penske drivers Scott McLaughlin and Josef Newgarden swept the first three races of the season, all while O’Ward was pouting over his team-friendly contract with Arrow McLaren SP. O’Ward wanted more money, wanted more assurances McLaren has him in its F1 pipeline, and his frustration spilled over onto the track.

But on the eve of the Long Beach Grand Prix two weeks ago, the 22-year-old decided he didn’t want to throw his season away over hurt feelings. He dug deep for a fifth-place finish at Long Beach, huddled with McLaren head Zak Brown on the terms of extension, then showed up in Barber ready to win some races.

His shot came after a pit stop with 28 laps remaining when VeeKay and O’Ward pitted at the same time. VeeKay came out ahead but O’Ward hunted him through the first four turns then used a brave move — and his push-to-pass — around the Dutchman to seize control of the race.

The win kept Chevrolet a perfect 4 for 4 as IndyCar heads next to Indianapolis Motor Speedway.

“Man, it sucks to be at war within your own team, right? So I’m glad there’s been more positive talks for the future,” said O’Ward, who has agreed with McLaren in principle on an extension.

“And I wanted to do it for these guys, for Arrow McLaren SP, for Chevy — they’ve swept this year so far, so great for them. But yeah, man, I was tired of being 10th and 11th and fifth and I said ‘Let’s get a win under our belts so we can climb back into this championship race.'”

“I was so much looking in my mirrors that I forgot to use my push-to-pass,” VeeKay said of not using a burst of extra horsepower to hold off O’Ward.

Will Power rallied from 19th to finish fourth, the best of the Penske drivers, while six-time IndyCar champion Scott Dixon was fifth for Ganassi.

There were late-race fireworks between fellow Honda drivers Graham Rahal and Romain Grosjean as the two raced for position, and an irate Rahal screamed over his radio “that guy’s a punk! He hit me on purpose.”

An animated Rahal was seen after smacking his arm into Grosjean teammate Alexander Rossi to demonstrate Grosjean hitting Rahal’s car.

“We touched a couple of times, but it was good racing,” said Grosjean, who denied hitting Rahal on purpose.

“Look at that, look at how much room he has!” Rahal said watching the replay. “I’m just frustrated because this isn’t the first time. In St. Pete, he hit everybody.”

IndyCar is off next weekend and most of the drivers are headed to Miami for Formula One’s debut race on Sunday. The series returns to action May 14 on the road course at Indianapolis Motor Speedway. VeeKay is the defending race winner.