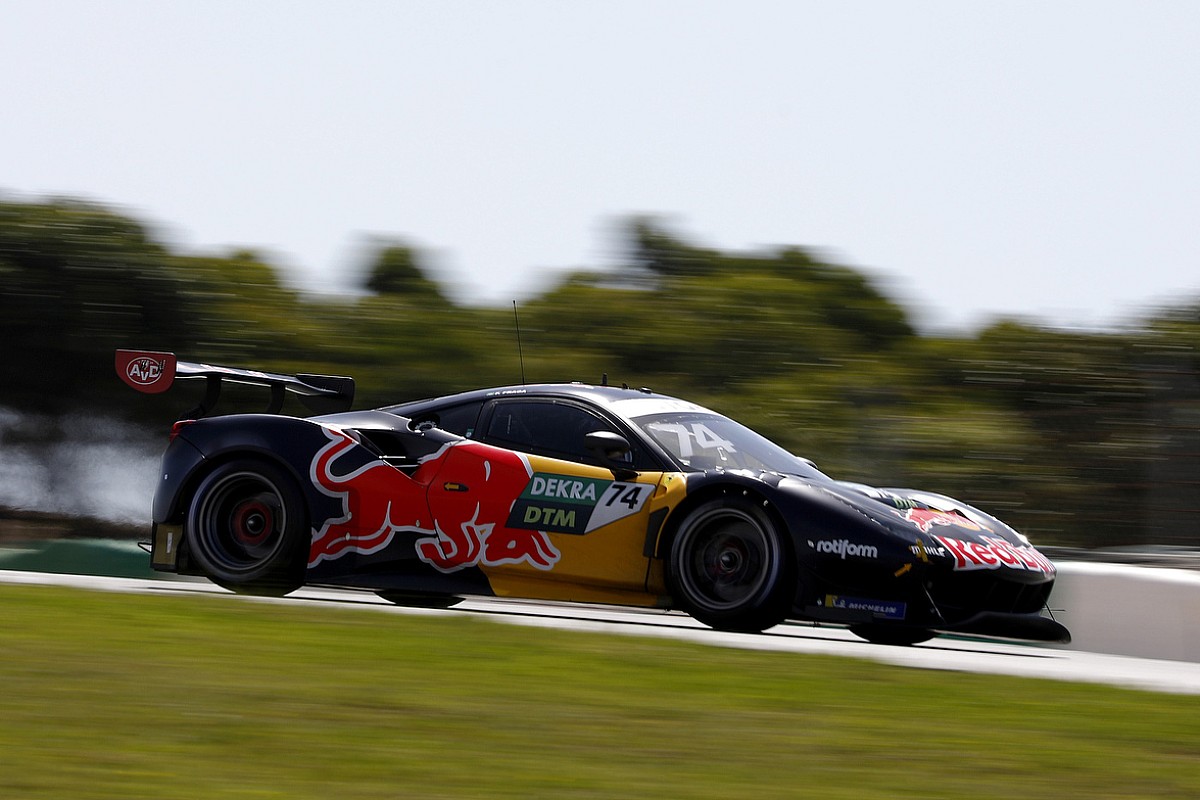 The Brazilian series newcomer, who effectively replaced 2021 runner-up Liam Lawson in the AF Corse-run Ferrari team’s line-up, admitted that he came into the first round harbouring some doubts despite his extensive experience in GT machinery.

A winner in the GT World Challenge Europe last year with Mercedes, Fraga was quickly on the pace by qualifying fourth for the opening round of the season on Saturday but retired due to contact at the restart when he had been well-placed in seventh.

Fraga then qualified third for race two on Sunday, easing past Mirko Bortolotti’s Grasser Lamborghini before shadowing poleman Nico Muller’s Team Rosberg Audi for the remainder of the race. He finished just over three seconds behind at the flag in a safe second position.

Speaking after his maiden DTM podium, Fraga said his performances had allayed any doubts he had about his pace in GT3 cars.

“I was really happy even with what happened [on Saturday],” the 2016 Brazilian Stock Car champion told Autosport’s German language sister title Motorsport-Total.com.

“I was happy because it was a question mark even for me if we could fight, if we could be there. And it was an answer more for myself.

“In qualifying I was P4, I had room for more but I got traffic on the last corner. That made me 20-30kg lighter in the back. I saw that it is possible. If we work, we can put it together, we can be there.” 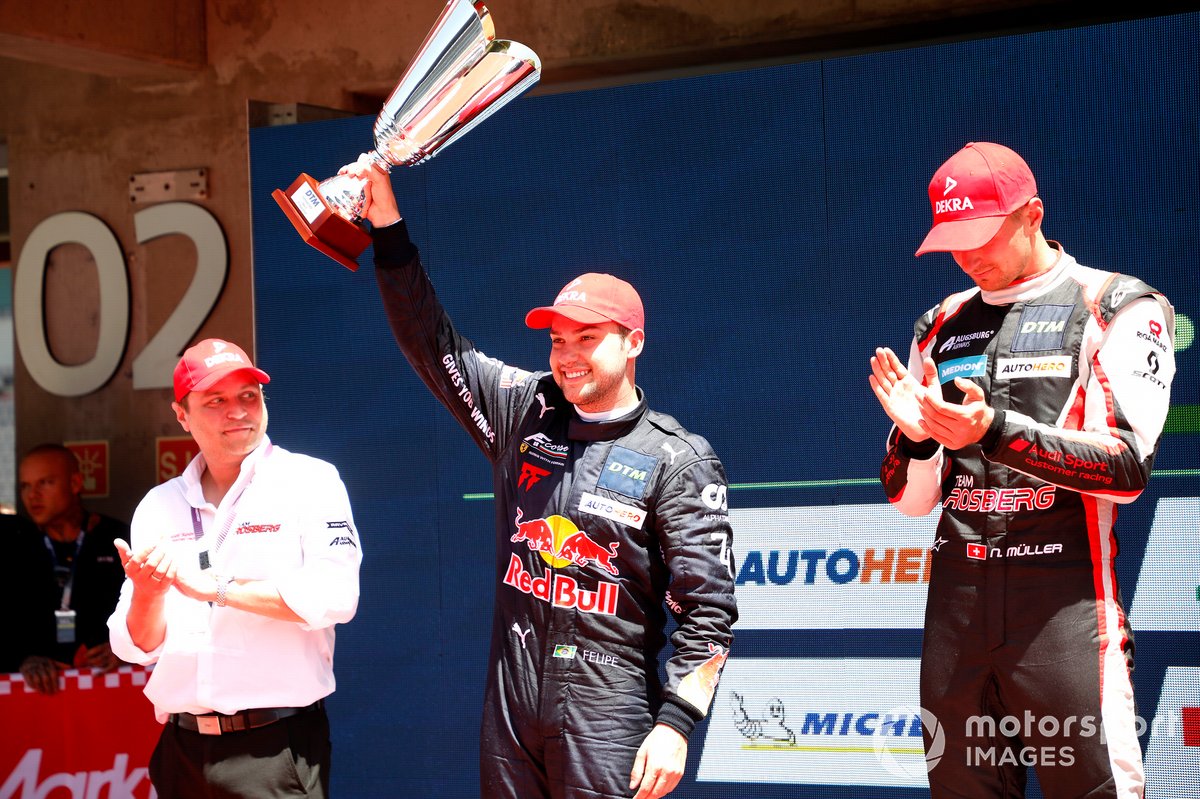 After making his lap two pass on Bortolotti, Fraga explained that he had targeted a move on Muller, but quickly realised that closing the gap to the race leader would take too much life out of his tyres.

“On Sunday we started the day with P3 in qualifying which was good,” he recalled. “Maximum I could do was P2 as Nico was way too fast.

“Then in the race I was honestly not going to go crazy to win or [finish] P2. I was really relaxed, I wanted to finish the day with good points.

“But then on the first lap the car was so good, I could put more temperature in. Then I saw that Mirko started to oversteer and to slide. And there was a little space in that corner.

“I thought that ‘I try now or never’ because afterwards when the temperature [increases], he will defend, and we could make [the move]. Then Nico was a bit difficult, I was giving everything.

“At the middle of the race, I even had a thought ‘Oh, now maybe I will be able to attack’. But then it was 10 laps to go and the degradation was a bit too hard.”