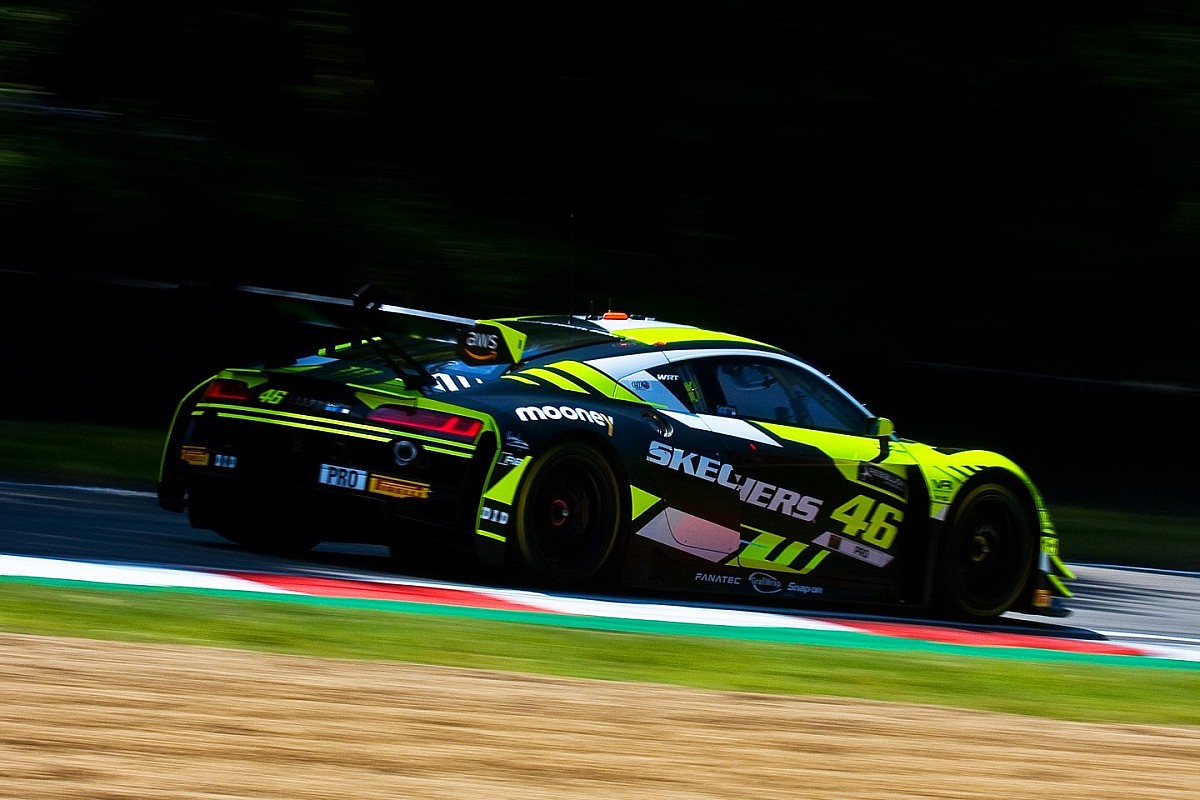 The seven-time MotoGP world champion made the acknowledgement ahead of last weekend’s GTWCE Sprint Cup round at Brands Hatch, in which he was setting competitive times at the end of race two, as he scored his first championship points in eighth place together with Frederic Vervisch in their WRT Audi R8 LMS GT3 Evo II.

Rossi was able to hang onto to the position in which he resumed after the pitstop cycle in the second of the two one-hour races at Brands on Sunday, after upping his pace in the closing stages.

The Italian described a race weekend as “very different” to testing prior to his second race outing of the season, which followed his debut with WRT in the GTWCE Endurance Cup round at Imola last month.

“After a day of testing, it is easier to bring the car at the limit,” Rossi said.

“In the test you can concentrate on driving the car, but in the [race] weekend, in the practice and especially in the race, it is very, very difficult because you have a lot of cars, things that happen around you.

“You don’t have five laps to feel the car – you have to go, bang, and make your fastest lap.

“For me the good drivers make a big difference compared to me [in this respect]; I need to work on that point.”

Rossi picked up the pace over the course of the second half of race two: he set a sequence of laps in the high 1m23s as the race drew to a close, posting times comparable with the other Pro class Audis in the field. 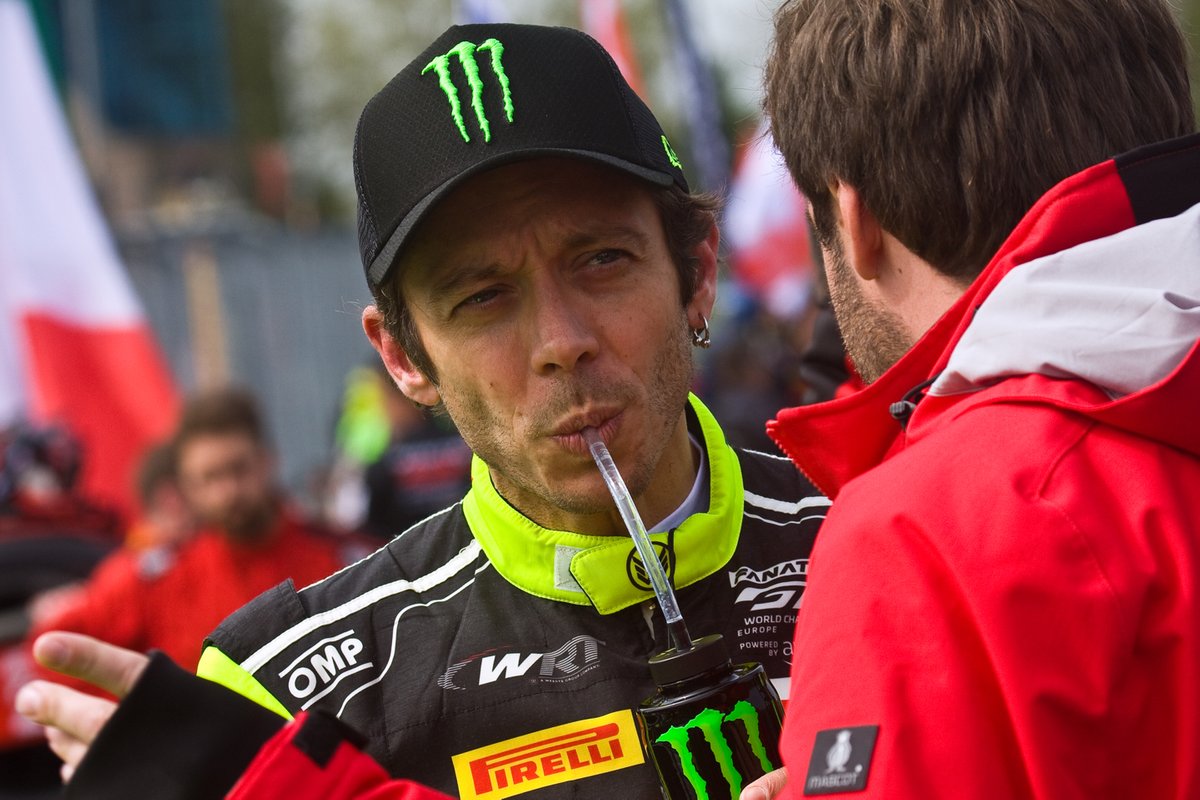 Rossi reckoned he’d made a “big step forward” in the second of the two races at Brands.

“I improved a lot my lap times, especially towards the end of the race, when I was feeling more comfortable with the car and the track,” said Rossi, who never raced bikes at the Kent track.

“I really enjoyed those final laps.”

Rossi’s increase in pace as race two drew to a close allowed him to hold off the advances of Jean-Baptiste Simmenauer in another WRT Audi and then Tomas Drouet aboard an Auto Sport Promotion Mercedes-AMG GT3.

Drouet took the chequered flag just 0.7s behind Rossi, but was subsequently given a five-second time penalty for contact with Simmenauer at the Druids Hairpin.

Rossi and Vervisch finished out of the points in 13th position in race one.

Reigning GTWCE Sprint Cup champions Dries Vanthoor and Charles Weerts finished second in both races on a day that the Audi was not a match for either the Ferrari 488 GT3 Evo or the Mercedes, which took the two overall victories.