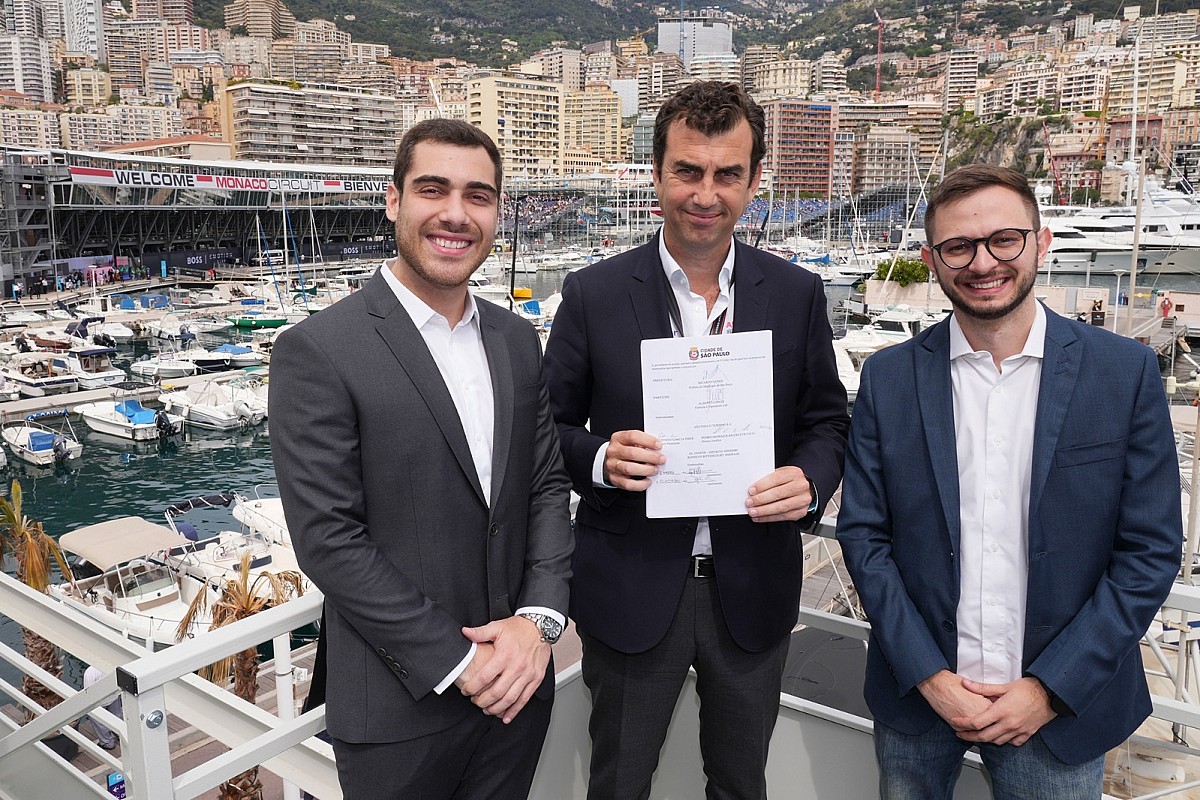 A five-year agreement has been signed with an option for renewal meaning that, should a race go ahead in 2023, Formula E could have at least four new venues on next year’s calendar.

Formula E has already unveiled its round in Cape Town for next season, while the postponed Vancouver is also set to make its first appearance on the calendar next year. The Indian city of Hyderabad also has an agreement to host a race.

Sao Paulo has appeared on provisional Formula E calendars before, and was set to host a race in the 2017-18 season before being dropped for Punta del Este.

Although the official reason given was that city officials had asked to postpone the race in Brazil’s capital, it did not appear in calendar drafts for the following year.

Rio de Janeiro was also due to host a race in Formula E’s opening season in 2014-15, but this was also dropped.

“We are delighted that the ABB FIA Formula E World Championship will be heading to Brazil for the very first time pending approval at the FIA World Motor Sport Council in June,” said Formula E chief championship officer Alberto Longo.

“The country has a huge, long-standing passion for motorsport, it’s a big market as one of the largest countries in the world, and Sao Paulo itself is a historic race location.

“We can’t wait to welcome the Brazilian fans, they are like no other and there is sure to be a lively, unique atmosphere as the fans enjoy Formula E racing with the leap forward in technology and performance we are going to see with Gen3.”

The deal for Sao Paulo to join the calendar was inked in Monaco, and will be promoted by Sao Paulo Turismo and GL Events.

“Hosting an E-Prix is completely lined up with the city objectives,” said Sao Paulo mayor Ricardo Nunes, “to attract events that promote São Paulo’s image to the whole world, to move the economy and create jobs with events tourism; furthermore, to foment sustainable development.”