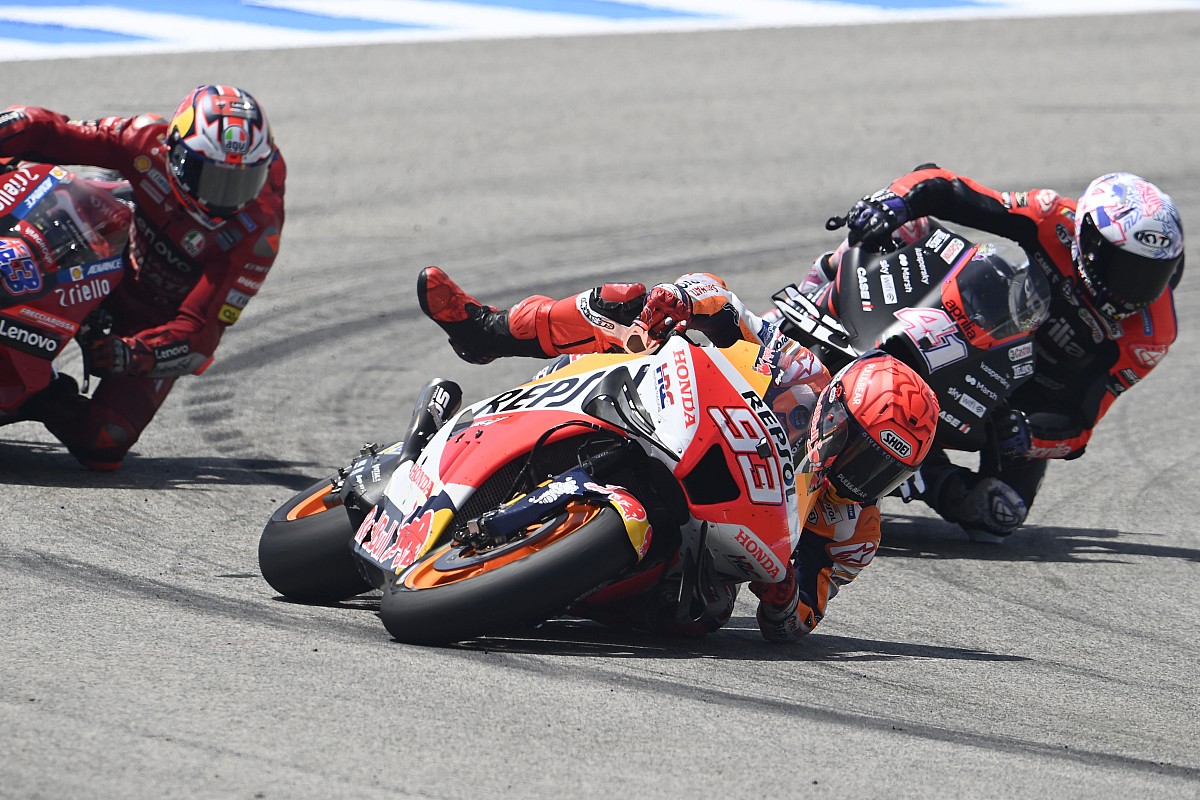 The Honda rider was battling Ducati’s Jack Miller and Aprilia’s Aleix Espargaro for much of Sunday’s Spanish GP at Jerez over the final podium place.

Marquez made a move on Miller at Jerez’s final corner on lap 21 of 25 but lost the front-end under braking and nearly crashed out.

But the Spaniard managed to save the crash, which he admits is something he has not been able to do since badly breaking his arm at Jerez two years ago.

“In the last two years I didn’t [make a] save in that mode,” Marquez, who finished fourth in the end behind Espargaro, said when asked about the save.

“But it’s true even like this I was able to control that, but I think the Spanish crowd picked me up because I was completely on the floor.

“Both wheels were sliding, but suddenly I picked up the bike. But we will see.

“Now we need to understand this result as a positive thing and another motivation.” 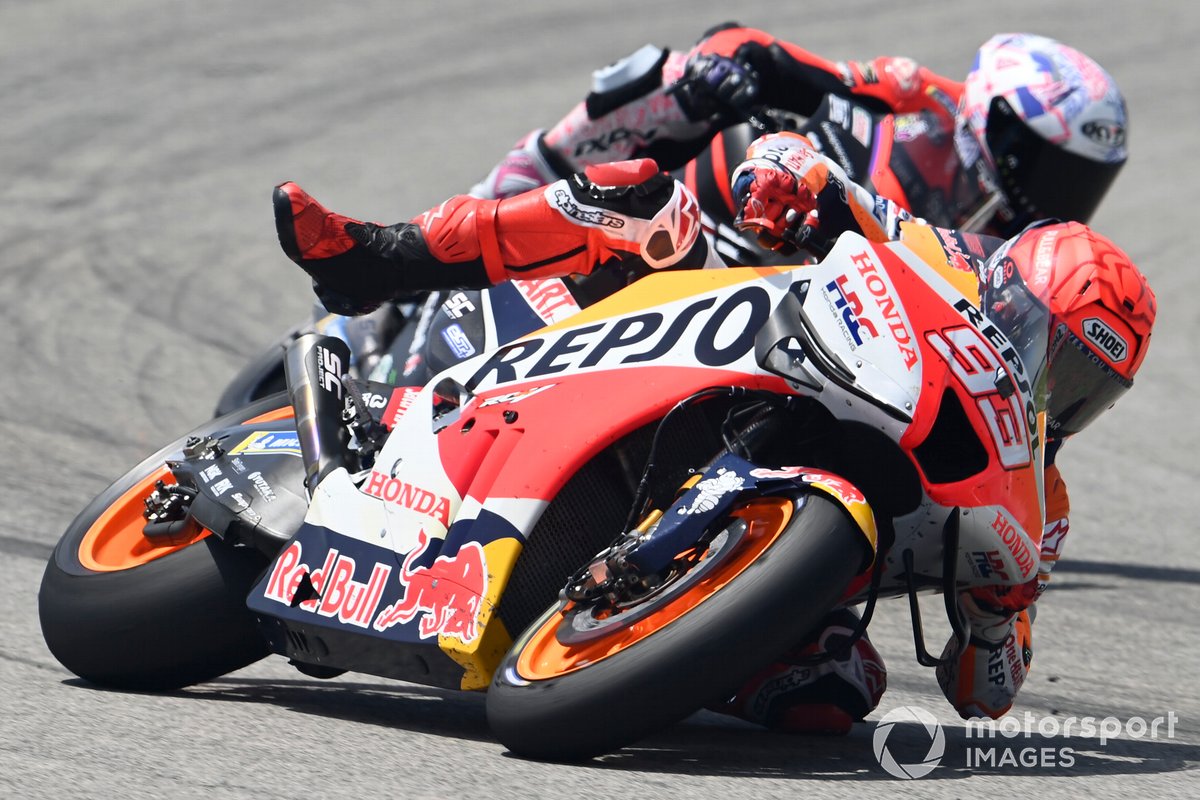 Marquez’s fourth at Jerez marked his best result of the year, but he was still over 12 seconds from race winner Francesco Bagnaia.

He admits his efforts to adapt the 2022 Honda to his riding style have been futile and he now must adapt himself to the bike, but that currently means HRC “don’t know the direction” to take development.

“It’s true that at the moment we are not ready in the championship,” he continued, having previously stated that he isn’t ready to fight for race wins yet on the 2022 Honda.

“There are two riders that are much faster than everybody, that is [Fabio] Quartararo and Pecco.

“They are two guys that in the pre-season [were the favourites], and they are there.

“But it’s true that we are getting closer and closer. Still, we don’t know the direction, we need to understand many things with this new bike.

“It’s true that I’m struggling, but I can survive and get good result. Fourth before you’d say is not a good result, but now in this moment it’s a good result.”