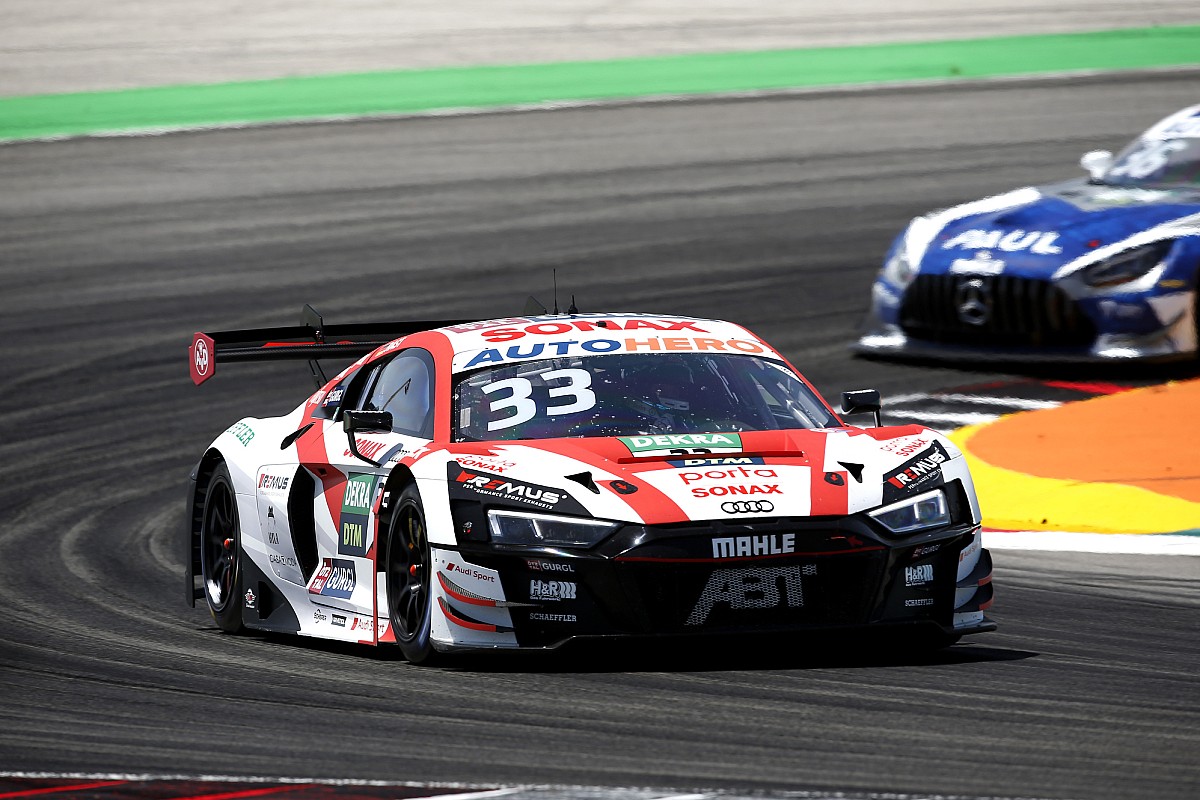 The Audi factory driver joined the works-supported Abt Sportsline team alongside Kelvin van der Linde and Ricardo Feller for the 2022 season, his first in the DTM since its switch to GT3 regulations for 2021.

But Rast returned empty handed after “a difficult weekend” back in the series in Portugal, qualifying outside the top 10 for both races and finishing an underwhelming 12th in the second 33-lap contest on Sunday after a DNF caused by contact at the restart with Felipe Fraga in race one.

Starting 13th for the second race, with a time that was only three tenths shy of the front row, Rast climbed to 11th in the early laps but got stuck behind GruppeM Mercedes driver Maro Engel following the mandatory pitstops and eventually dropped behind the SSR Porsche of Dennis Olsen.

It was the first time Rast failed to score a point in a DTM round since Norisring in 2018, when all Audis struggled for pace and Rast lost more than 15 seconds in the pits with a botched tyre change.

Speaking to Autosport‘s German language sister title Motorsport-Total.com, he said: “Difficult day [on Sunday], especially the race. Once you’re in the train, there’s nothing you can do.

“You can’t overtake, it’s very difficult to get close to the competition because on the straights they drive away from you and in the corners you’re in line. But we’re always much too far away to make a manoeuvre.

“That’s why you can only pull off a manoeuvre with all your might. That doesn’t make much sense at the back in P10 or P11.

“Maro Engel and Dennis Olsen were the two guys I was fighting with the whole race. But coming out of the last corner, the Mercedes makes up 50 metres on you.

“Then you start again, and on the straight he pulls away again, and so it goes back and forth. A bit frustrating. 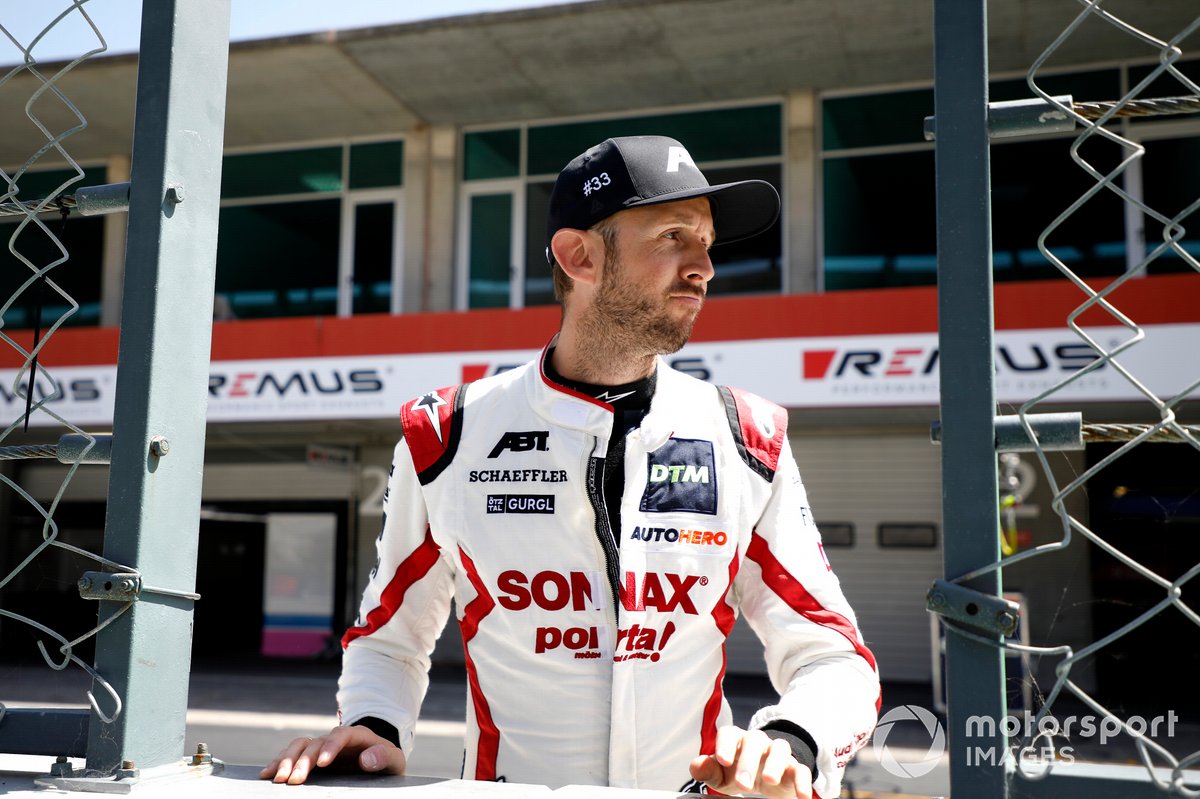 Rast came away frustrated after drawing a blank in both races

“Because of the BoP, each car has different strengths in different areas. Not every car can be equally good everywhere.

“We’re good in the corners, but on the straights we’re lacking a bit here and there. That makes it difficult for us, of course.”

Rast was the top qualifier within the Abt squad on Saturday in 11th, and trailed the leading Audi of Team Rosberg driver Nico Muller by just 0.074s.

However, the tables turned on Sunday when he qualified nearly half a second off polesitter Muller, and was even outpaced by the second Team Rosberg car of Dev Gore.

Muller later went on to dominate the race from pole position, securing his first DTM victory since the 2020 title decider at Hockenheim.

The results on Sunday gave the impression that Team Rosberg has made a major breakthrough after enduring a tough 2021 season, while Abt has dropped down the pecking order after challenging for the title with van der Linde last year.

Rast said he was happy to see his former title rival Muller return to winning ways in the DTM, but had no explanation for the contrasting fortunes of the two Audi squads at Portimao.

“You can only say congratulations to Nico,” said Rast. “He had a sensational day. The team has also improved a lot from last year to this year. 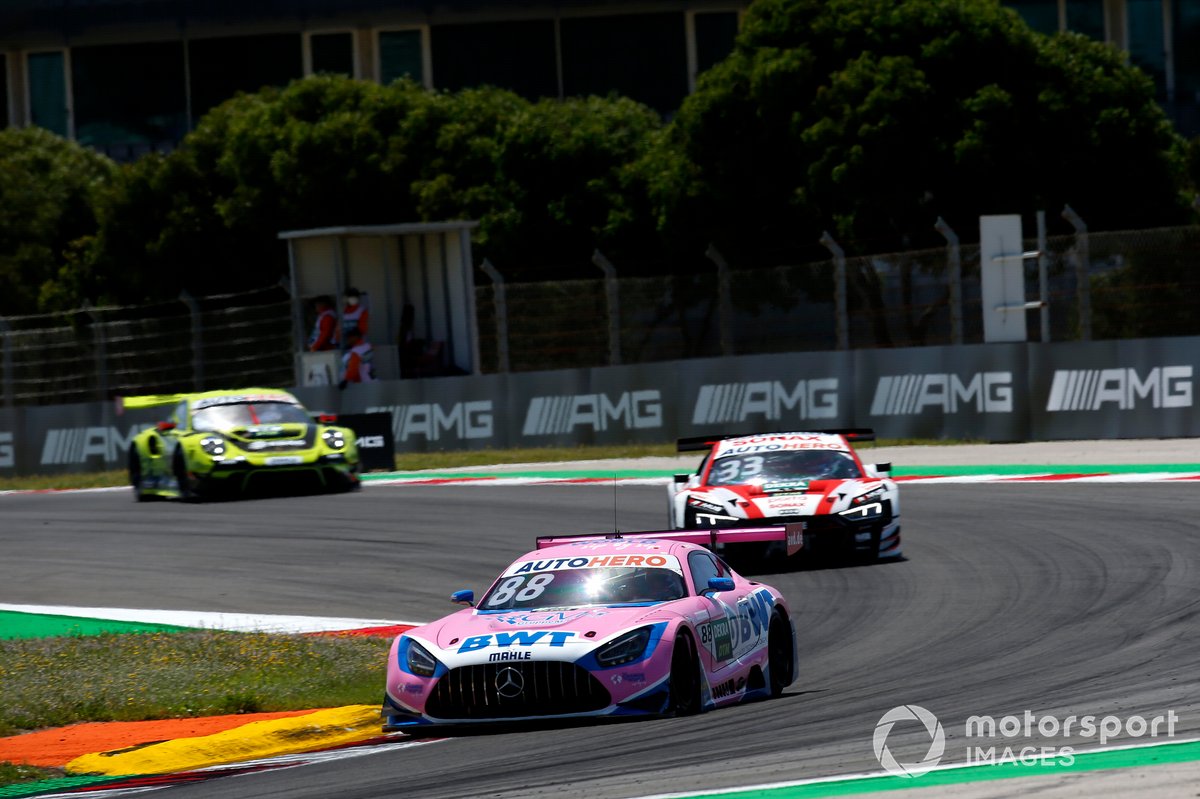 Engel managed to keep Rast at bay in race two

“Last year it was the other way around, and now Rosberg has really worked a lot over the winter. The car and Nico really did a great job this weekend and also deserved to win the race.”

He added: “You can’t say what the reason is. You’d have to have the data for that, which we don’t have, of course.

“You’d have to look into it, but now it’s up to us to catch up at the next test and try to maybe go in a different direction.

“But last year in Monza it was also the case that Nico wasn’t that bad. Maybe it’s just our car not matching the track. We’ll see at the next race.”