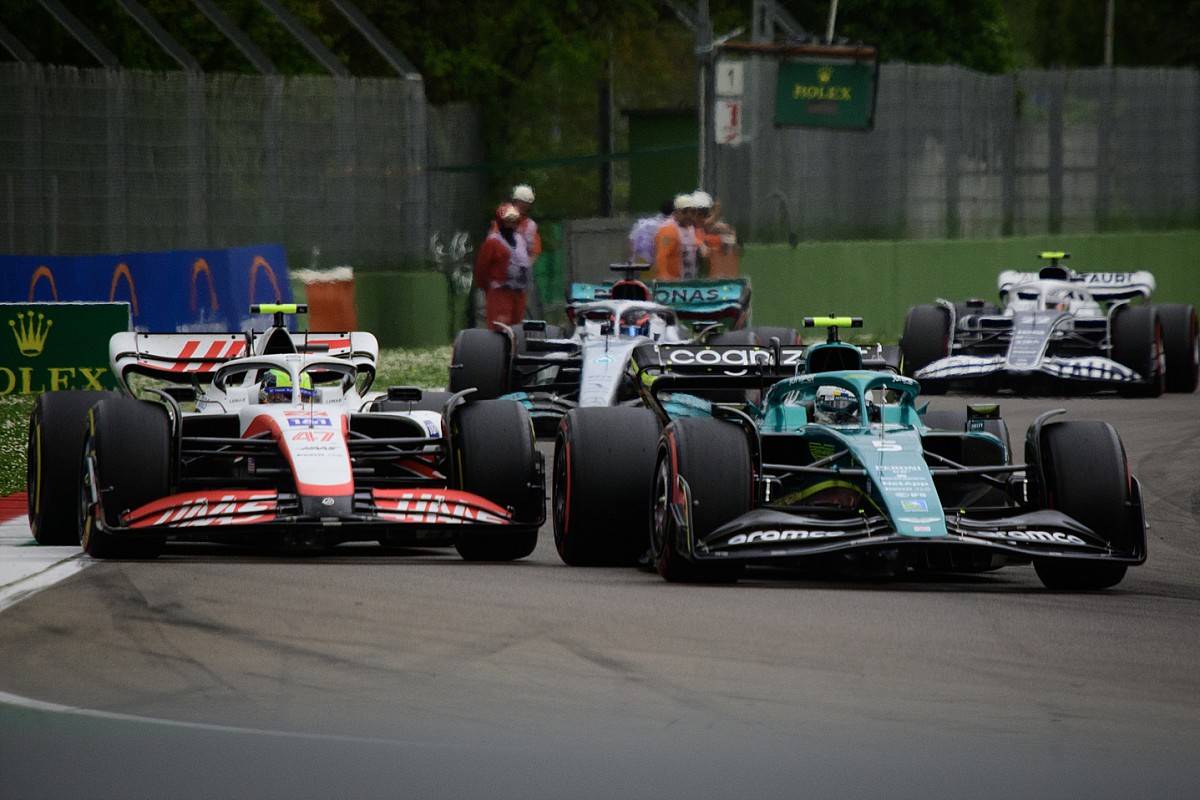 While F1’s new 2022 cars have proved easier to follow each other in battle, the reduced slipstream effect has put a greater emphasis on the benefits gained by the Drag Reduction System.

The length of some DRS zones, like in Saudi Arabia, has also led to a situation where overtakes are virtually guaranteed for the car behind.

The recent Emilia Romagna Grand Prix at Imola started in wet conditions, but drivers were not able to utilise DRS for several laps after the switch to dry tyres.

Vettel, who watched the Bahrain and Saudi Arabian Grands Prix from home after contracting coronavirus, thinks F1 needs to tread carefully when it comes to the reliance on DRS.

The four-time world champion is wary that DRS has increasingly become the only way for overtakes to happen, having originally been introduced as a way of giving drivers a greater chance of pulling off a pass.

Reflecting on the change to racing with the 2022 cars, Vettel said: “I think you can follow closer. But there is less drag effect as well and we do rely on the DRS probably more than in the past, to some extent.

“The interesting bit would be to take the DRS off and see how the racing really is, and if you are able to overtake a lot better than, let’s say, in the past.

“I’m only a bit cautious for the DRS, because it was brought in as an assistance to help overtaking, but now it feels a bit like it’s the only thing that allows you to overtake at times.” 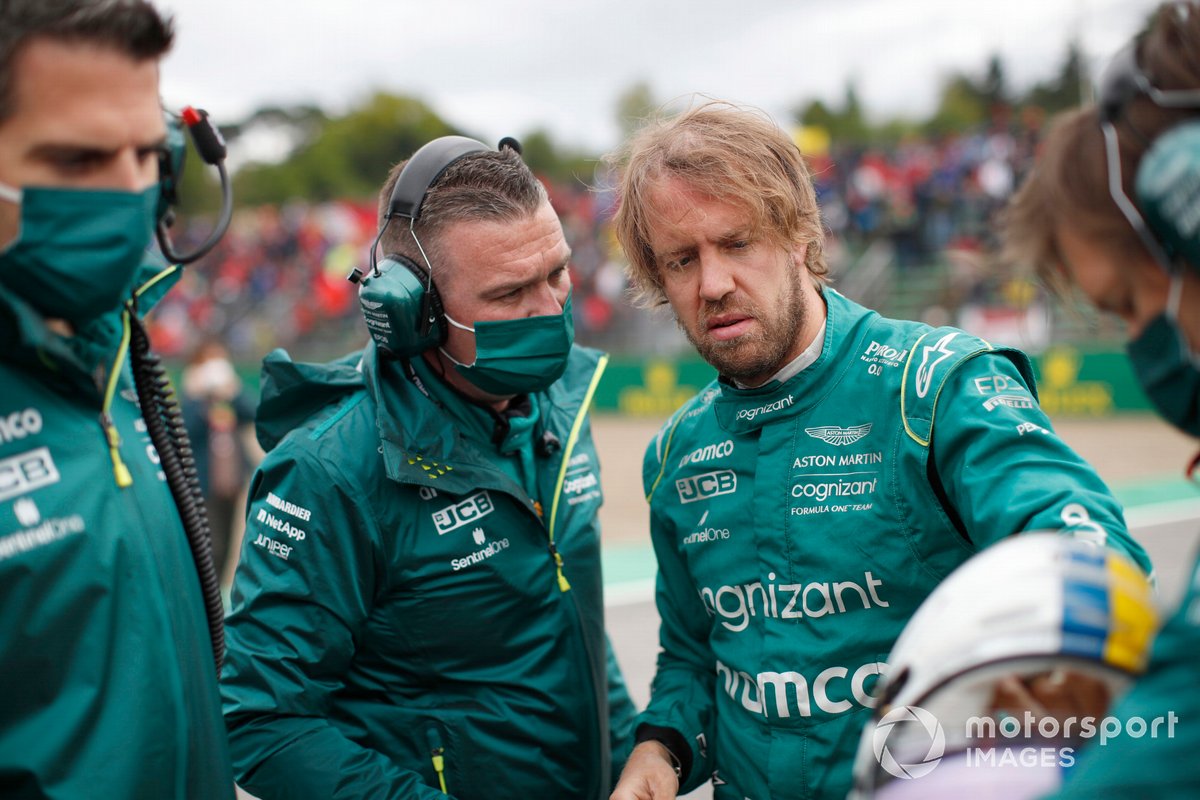 Vettel believes that F1’s chiefs should ultimately target cars that do not need the DRS boost for overtakes to happen.

“Ideally, we have set of regulation that allows us to follow and race without DRS,” added Vettel.

“DRS hasn’t been there for 70 years. It was brought in 10 years ago to help, as an experiment.

“I think an overtake should always be an effort and not dictated by you being in the zone and you get the DRS.

“The race in Jeddah, where you had the leaders braking for the DRS line to try and be the second one to cross that line, that’s a different type of racing. I don’t think we should go that way.

“But we’re still early in the project. Definitely you can follow closer. Overtaking is still hard, but it should be an effort and it should be a reward when you manage to overtake.”

While the all-new cars for 2022 have been created to help improve the racing, F1’s bosses were clear that they wanted to keep DRS initially to better understand how the new cars behaved in battle.

F1 managing director of motorsport Ross Brawn was long clear, however, that the long-term aim was to get rid of it.

“I’d like to think we could reach a stage where DRS doesn’t become so critical,” he said during the initial launch of the new regs. 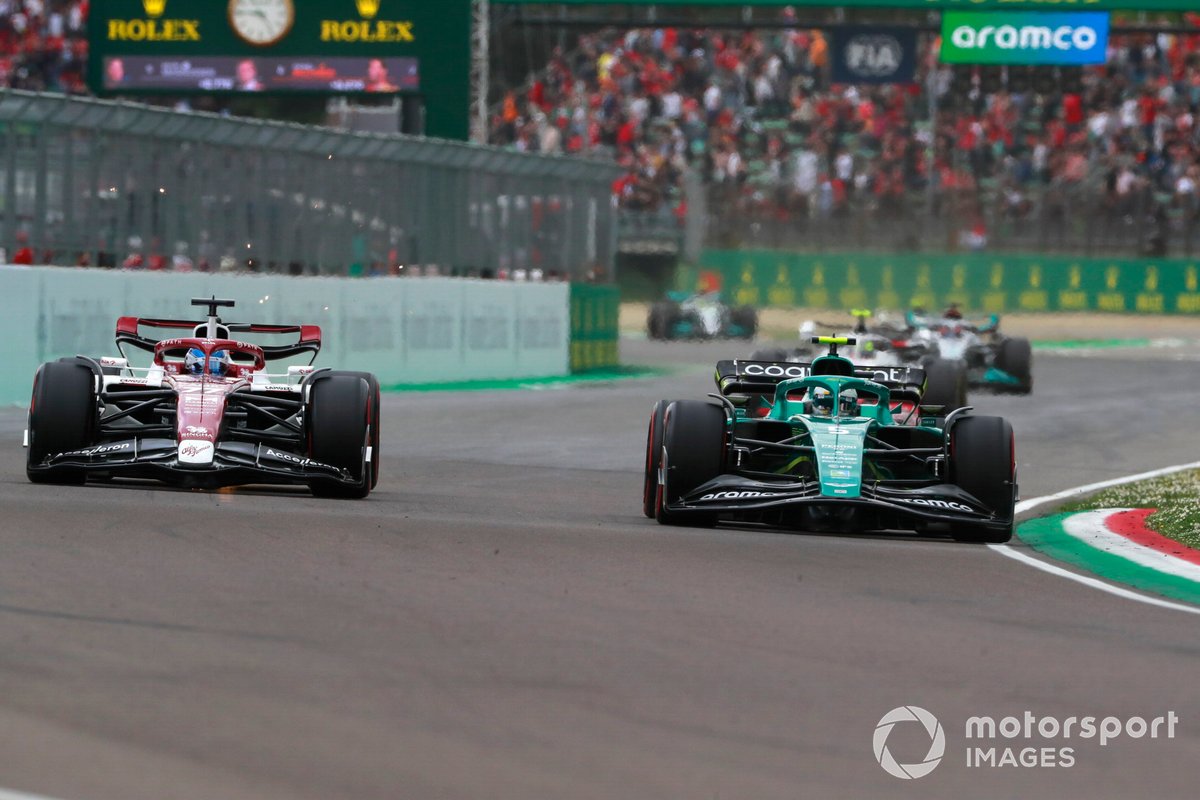 “But it is a very easy thing to have or not have if we find the cars are able to battle with each other.

“Overtaking is the culmination of course, but having a great battle is critical, and where you have cars where they cannot follow each other consistently because the tyres degrade and because of the loss of performance, then you don’t have such great battles.

“We have made an effort to make sure we distinguish the difference between overtaking and racing.”