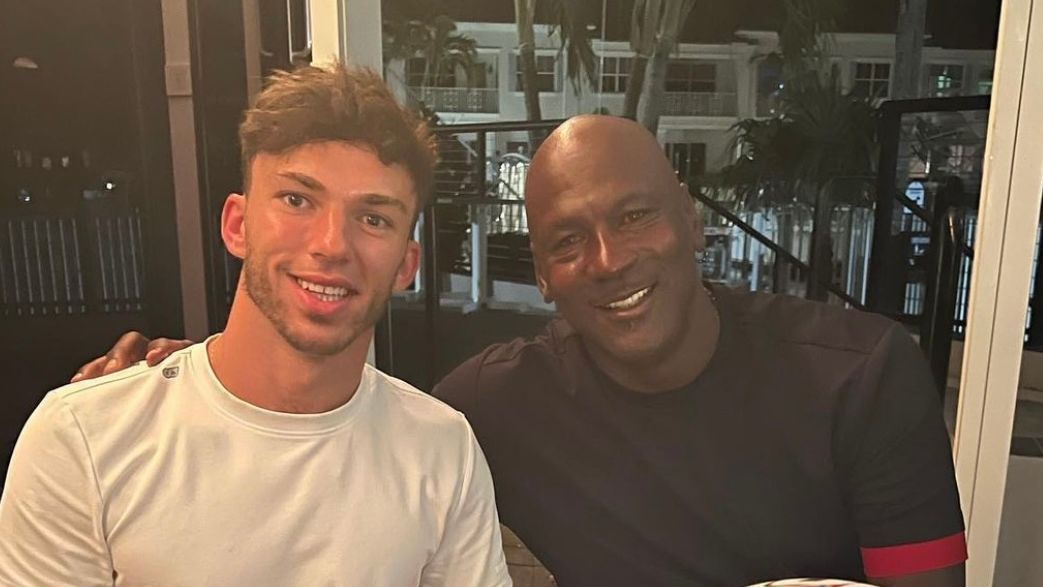 MIAMI – Pierre Gasly drives Formula One cars for a living and can boast that he is a grand prix winner, but he says the best experience of his life so far was having dinner with Michael Jordan this week ahead of the Miami Gand Prix.

Gasly, who drives for Red Bull’s sister team AlphaTauri, managed to meet the NBA legend and F1 fan this week. The pair were able to arrange the dinner through a mutual sponsor.

Afterwards Gasly posted a picture on social media of Jordan wearing one of his race helmets.

“That is going in my safe at home or in my trophy cabinet,” a beaming Gasly said on Thursday during a media session at the Hard Rock Stadium.

When asked about the dinner, he said: “It was by far like the best experience of my life.

“The most inspiring dinner I’ve ever had, and I’ve been since a kid always inspired by this guy, his mentality, and the success he has had in his career.

“Everyone says you should never meet your idol, because you can only be disappointed and to me it’s been the complete opposite. The guy is just a genius. He’s in another league, just genius mentality, the way he is thinking intellectually.”

Jordan owns a NASCAR team and is a keen F1 fan — Gasly was surprised at how much the former Chicago Bull knew about the sport.

“I was very, very impressed. I didn’t know he’s a massive F1 fan, almost knows the sport better than I do!

“It was very impressive and just great to discuss with such a legend. A dinner I’ll remember for all my life.”

Gasly was asked about the prospect of racing with Jordan’s NASCAR team sometime in future, to which he laughed and said: “Might happen. Might happen.”

After Gasly spoke to the media on Thursday at Miami’s Hard Rock Stadium, teammate Yuki Tsunoda, currently in his second season of F1, replaced him at the table for his own session.

Tsunoda was wearing a pair of new Air Jordans but did not get the same opportunity Gasly had.

When asked by ESPN if he also met Jordan, Tsunoda said: “No, I would like to, but Pierre didn’t invite me!

“I didn’t meet Michael. I’m kind of really jealous of Pierre that he met him, I think all the drivers are jealous. Good to hear that he met him. I heard from Pierre how he was and how he was impressed with him.

“I’m jealous but I would say [Gasly] drove in Formula One for five years so he deserves to meet him … me, not yet!”