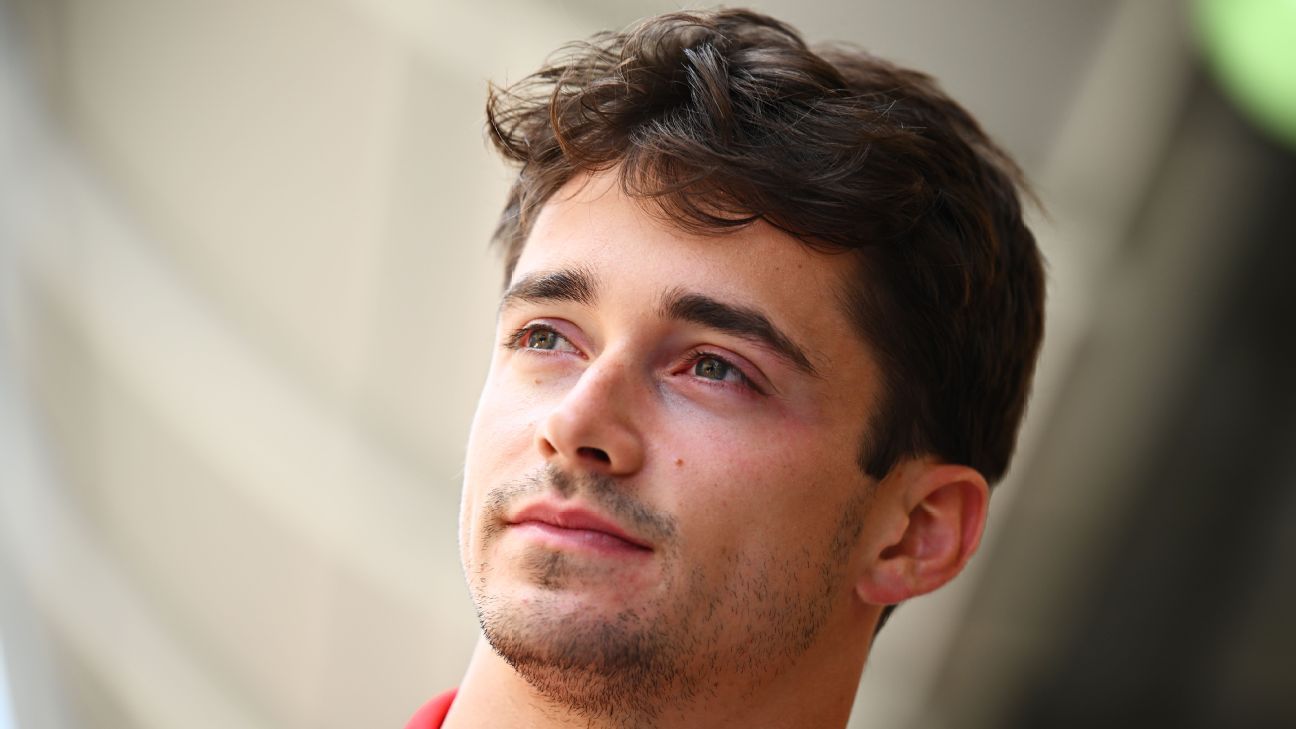 Ahead of the Miami Grand Prix, ESPN sat down with championship leader and Ferrari driver Charles Leclerc to discuss his love of the United States, how he mentally prepares ahead of each race and his relationship with title rival Max Verstappen.

Michael Schumacher used to say that he could come to the U.S. during the height of his Ferrari career and go on a relaxing holiday because people didn’t recognise him. Is that still the case for a Ferrari driver?
Formula One is getting huge in the last few years in the U.S., so it’s getting more and more difficult [to go around and not be recognised]. It’s good to see and it’s great that the sport is going so well here. We saw it in Austin last year with so many fans coming and I’m sure this weekend is going to be wild, so I can’t wait to see that.

Before F1, I never had the chance to come to the United States. It’s definitely a place I fell in love with since and after my first race I stayed in Los Angeles and I just loved it.

Here everything is huge! It’s like Europe but everything that is happening is ten or 50 times bigger! It makes you think anything can happen, you can do everything here, and yeah, I just love it here.

You’ve always been quite open about the importance of a driver’s mental approach in F1, do you find yourself training as much mentally as physically in order to fight for a championship?
I think more than training now it’s all about the self-control. I had to do a lot of training when I was younger to know how to use this self-control and how to control what you feel, your emotions and your mindset, which is very important going into a weekend. Especially in moments when there is tension, it’s important to know how to calm down and to be able to give 200 percent of your performance in whatever situation you find yourself in.

Now it is not any more about training [mentally], but it is just trying to always be in that zone and re-centre yourself. I know exactly how I need to feel before getting in the car to get the best performance and it’s always the same exercise before I get into the car to just find the right compromise. Whereas the training, the physical training, is just pure training throughout the whole year.

What is the mental exercise you do before a race, and do you have any tactics during a race to keep yourself calm?
Also, yes. Whenever I am tense I am using a lot of breathing techniques before getting into the car and if I’m too relaxed I do a lot of activation, which involves a lot of imagination for the perfect lap before qualifying or the perfect race start or different scenarios of racing during the race, just to activate a little bit my brain. I also do a little bit of physical activity.

You said after you made your mistake at the last race in Imola that it was more of a mental error. What did you mean by that?
I think on that particular lap I saw an opportunity. Throughout the race I had been very honest with myself and I thought Red Bull was too quick for us. Third place was the place we deserved through the weekend because we just weren’t as quick as Red Bull. But on that particular lap my mindset changed and I saw the opportunity to go for second, and I took more risk than I should have done instead of just taking the third place home.

Again, looking back at it, it is always this balance that you need find as a driver and how much risk you are going to take and how much reward it is going to give you. Taking the second place that day was something that was not expected and it would have been great, but it didn’t happen and I lost a few points. It’s something I will continue to think about and maybe change the approach in those situations.

You are clearly fighting for a championship this year. I know you’ve been in this position before in junior series, but does it change your approach in any way now it’s in F1?
It feels really good, first of all, especially after the last few years that have been very difficult for the whole team. We have been struggling a lot with performance, and to be fighting for sixth, eighth and tenth place, even if you are doing the perfect job, it is difficult for a team like Ferrari and for myself, so to be back at the top feels amazing.

Whether it feels any different to what I experienced before getting to Formula One, not really. Of course you have a bit more pressure and expectations, but that doesn’t change much for me. The approach is the same as I had back in the past.

I’d like to ask you about your relationship with Max Verstappen. So many people picked up on the quote in the press conference in Italy when you said you used to “hate” each other when you raced in go-karts. Do you treat him any differently to other rivals now you are both fighting for a title in F1?
I treat every rival that I have differently. The more you know them, the more you know what their weaknesses are and what their strengths are and you try to adapt to every driver, so yes I do. But it is very different to the fight we had in karting.

In karting, we were there for the win, but we were also very young and we took things in a different way with a lot of anger, I remember. I hated him as much as he hated me at that time, but now we are grown up we are a lot more mature, we respect each other and we have both achieved a dream to be driving in F1.

There is a lot of mutual respect, which is great to see. I’m pretty sure that when there are only five races left to the end [of the year], if we are still in the position we are in now fighting for the championship, things will get more tense, but that’s the way it is and that’s how racing is. That’s why I love this sport so much, so we will see.