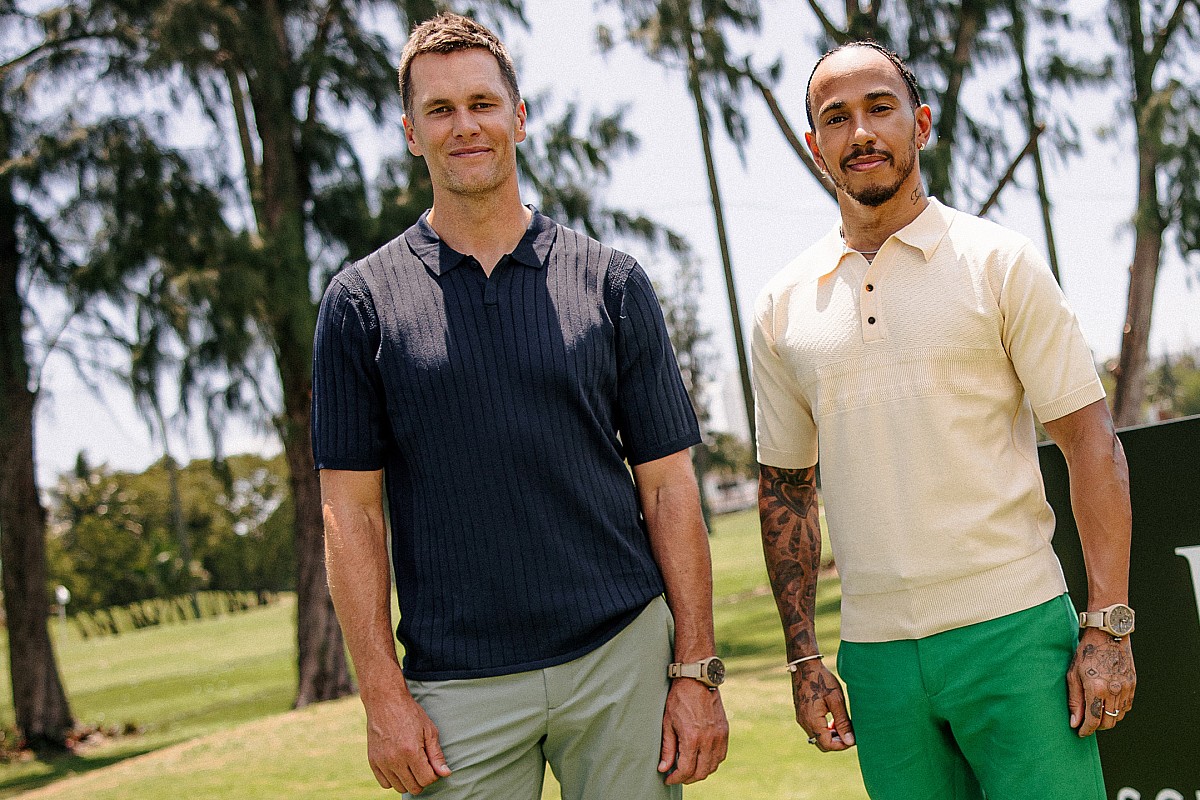 And in sport, seven is a number that has also come to gain great significance, reaching far beyond the back of David Beckham’s football shirt.

In Formula 1, Michael Schumacher’s tally of seven world championships long stood as a landmark most though impossible to reach. That was until Lewis Hamilton drew level in 2020, and set his sights on becoming F1’s eight-time champion.

Another sporting legend whose tally of seven holds significance is Tom Brady, statistically the greatest quarterback in the history of the NFL. At 44, Brady has continued to perform at the peak of American football for over two decades, winning more Super Bowls – seven – than any player or even any team.

As part of the pre-race festivities in Miami, Hamilton and Brady came together for a special charity event with a mutual sponsor, IWC. It put both sporting stars slightly out of their regular comfort zone as they teed off at the Miami Beach Golf Club.

Hamilton admitted he hadn’t played golf for around three years, but hit a few decent shots as he and Brady teamed up against NFL legend Marcus Allen and Forbes Next 1,000 entrepreneur Brandon Okpalobi in a driving – golf driving, of course – and chipping challenge.

Hamilton said that he and Brady are actually almost neighbours in New York, and have met briefly at F1 races before but haven’t managed to take proper time to hang out together. Brady admitted he hadn’t taken the proper time to work on his golf game in recent years, but received some light ribbing from Allen, who felt the Tampa Bay Buccaneers player was talking down his handicap after sending his first drive over 270 years.

“Man, now you see why I came out of retirement,” Brady said after one of his subsequent drives peeled left towards the water. “I went back to the sport I’m good at!” 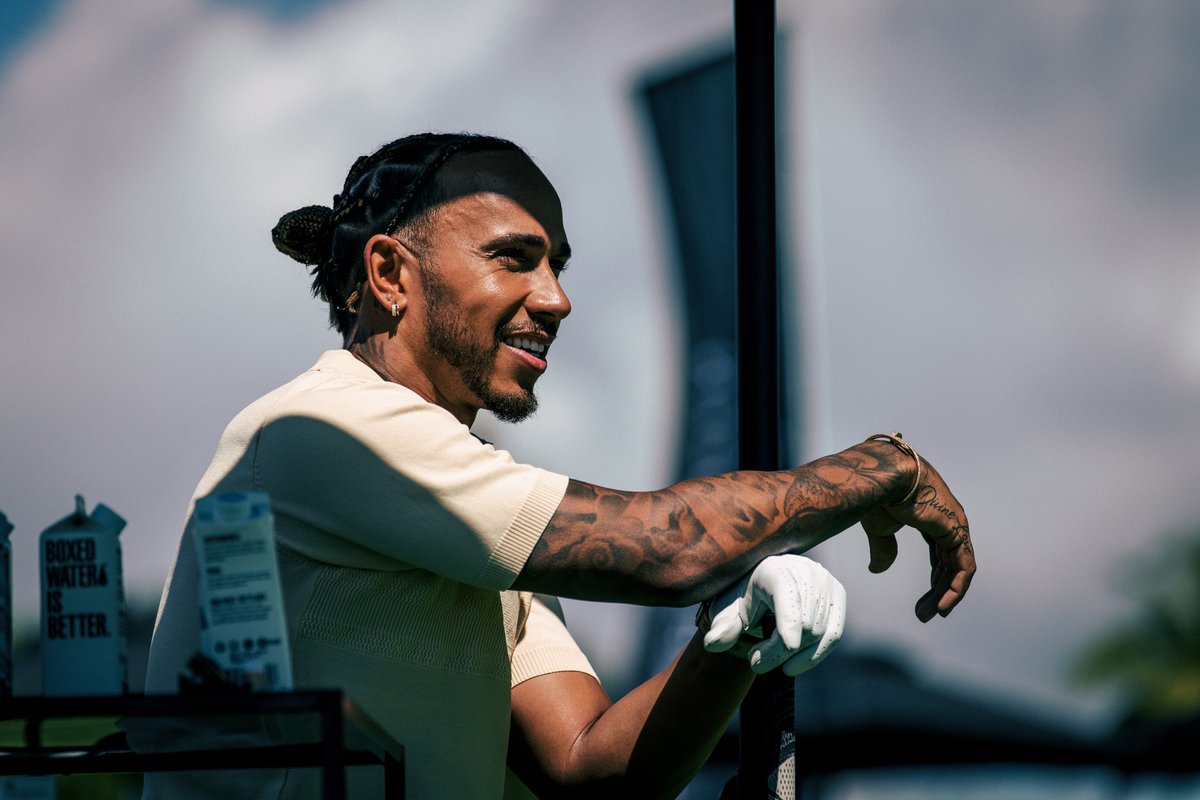 It was a retirement that lasted just 40 days. Brady won his seventh Super Bowl with the Buccs in 2021 before announcing in February he would hanging up his helmet after 22 years. It was met with some degree of scepticism that ultimately proved justified. “I’ve realised my place is still on the field and not in the stands,” he said.

At 44, Brady is one of those rare sportsmen who has continued not only to enjoy a very long career, but to do so while remaining as one of the highest performers. Four of his seven Super Bowls have come since he turned 37. As the ‘GOAT’ conversation goes, it’s impossible to not have Brady in the mix, his longevity exhausting the cliches over how one can get better with age.

The same goes for his golfing partner for the day, Hamilton. For a driver who at times has joked about his unease about becoming one of the oldest on the F1 grid, he has seemed to embrace the ability to get wiser, fitter, and just become a better athlete with every year that has gone by.

When he signed his latest Mercedes F1 contract last year, taking him to the end of the 2023 season, it was reasonably seen as possibly being his last: win the eighth, surpass Schumacher, call it quits and retire.

But even through the challenging start Hamilton has faced this year, he’s remained upbeat about his current condition and ability to keep on racing as long as he wants – regardless if he wins another title or not. 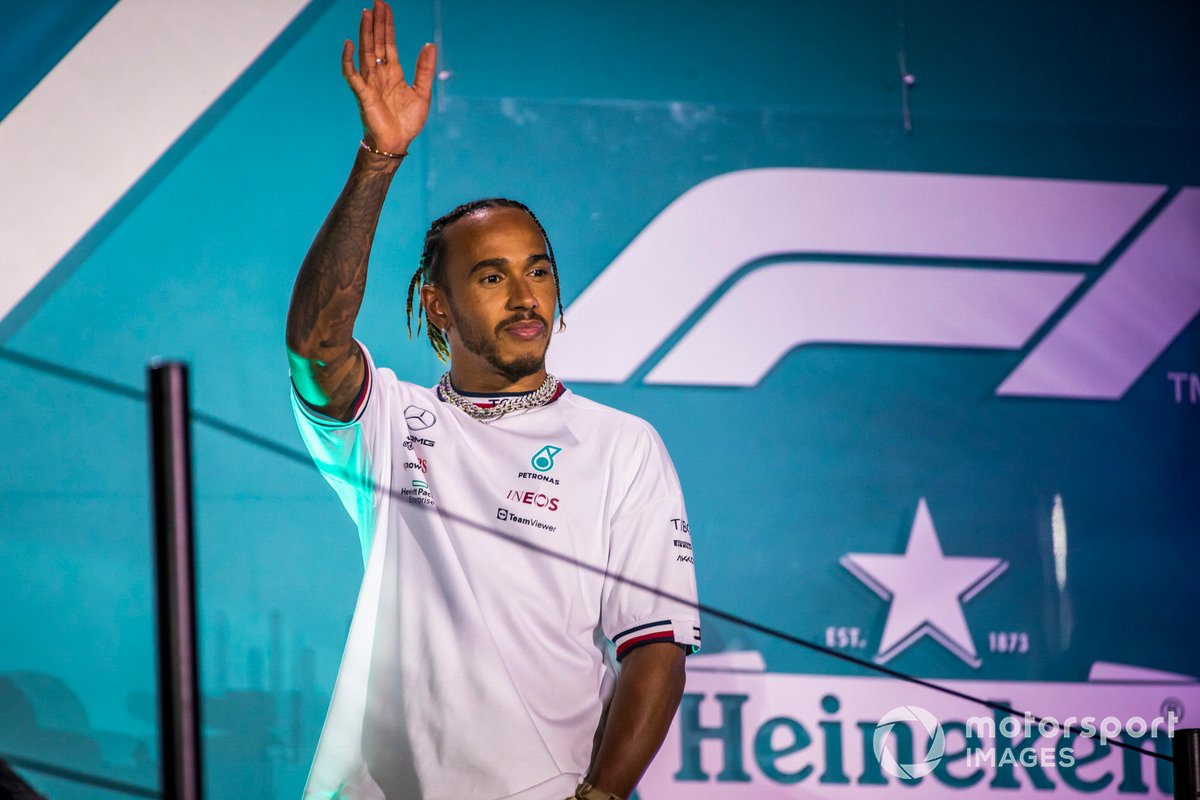 “I still feel fresh and still feel young, to be honest, even though I’m around all these youngsters here,” Hamilton said at Imola. “So, I don’t think that’s going to be the deciding factor whether I continue or not. I plan to be here.”

The retirement question is one that Hamilton will surely be asking himself as he edges towards needing to talk about a new contract with Mercedes. Even through all the fallout from Abu Dhabi last year, and the uncertainty over his potential return given the nature of his title defeat, Hamilton said he never seriously considered retiring. His passion and ambition to keep racing – and winning – continues to burn strongly.

And that is what has ultimately driven Hamilton on to keep racing towards his late 30s. He previously said he hoped not to be racing into his 40s, yet as he gets nearer to that landmark, it would be less and less of a surprise if he did exactly that. As Brady found, being one of the best is a very hard thing to give up, and even when you make that decision, to commit to it fully.

Neither will be forging careers in golf anytime soon, but the event that brought Hamilton and Brady together was a rare moment to unite sporting greats. You have to wonder what their private conversations would have entailed, and whether Hamilton may have picked Brady’s brain about staying at the top of his game well into his 40s to draw some inspiration that could further his F1 career.