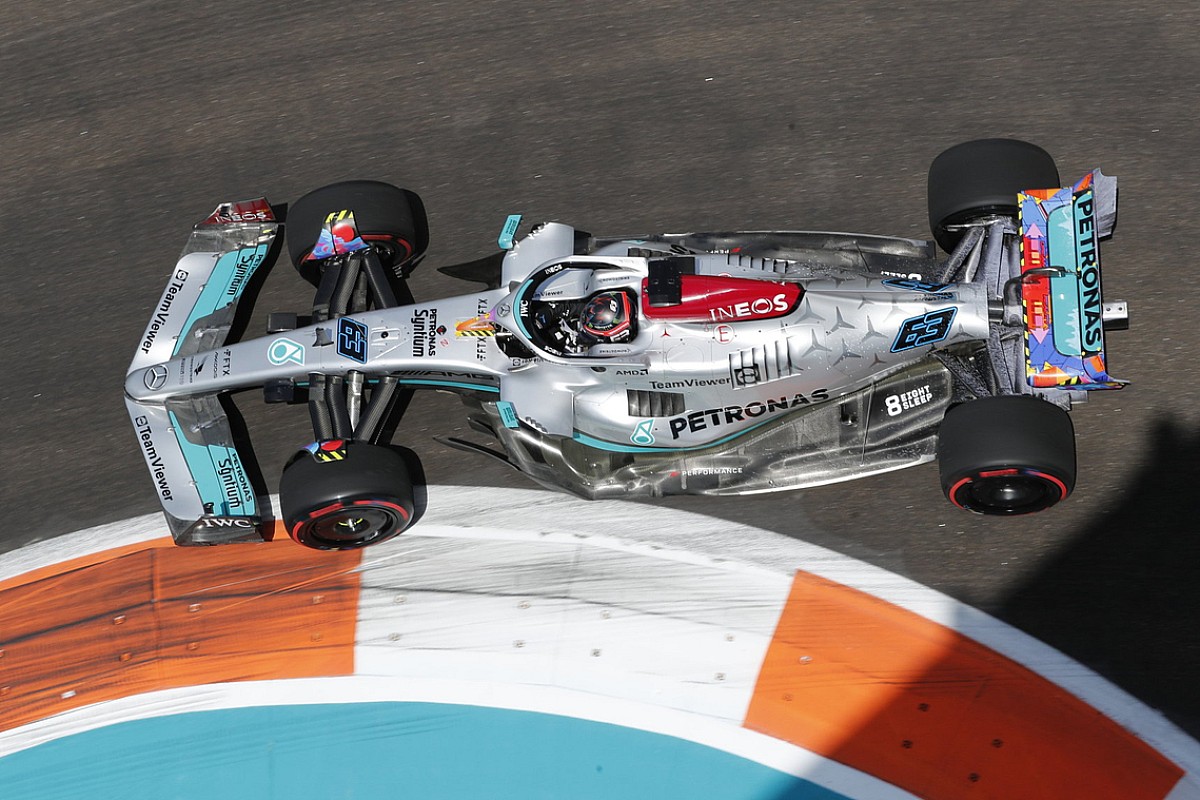 Ferrari’s Charles Leclerc was fastest in FP1 but he was a tenth slower than Russell in the faster FP2 as the track rubbered-in.

The day was incident packed, with Carlos Sainz and Valtteri Bottas hitting the wall and causing red flags, while Red Bull’s Max Verstappen suffered a torrid time with reliability.

The brand-new nature of the track was apparent right from the start, as car after car overshot Turn 1 on their first flying laps.

Leclerc was the first to spin there, along with AlphaTauri’s Yuki Tsunoda, while Leclerc’s teammate Sainz suffered a huge spin at Turn 4. That came after a red flag for Valtteri Bottas shunting his Alfa Romeo at Turn 7, the Finn losing control at the tricky left hander and severely damaging the rear of his car.

Leclerc ended the session 0.071s faster than the Mercedes of George Russell, while Max Verstappen was third despite ending his session early due to overheating. His teammate Sergio Perez was fourth fastest, ahead of Pierre Gasly (AlphaTauri), Sainz, Alex Albon (Williams) and Lewis Hamilton (Mercedes).

There was more high drama in FP2, as Sainz went fastest early on and then put his Ferrari in the wall at Turn 14, swiping the left-front corner off and causing the second F1 red flag of the day.

Soon after the restart, Verstappen suffered an issue that caused his Red Bull’s rear brake to catch fire, and he was almost rear-ended by Lance Stroll’s Aston Martin as he also struggled to steer the car back to the pits.

Verstappen failed to record a laptime, and was done for the day, as was Bottas – whose Alfa was stranded while its rear end was being rebuilt.

Another brief red flag was required later on for Nicholas Latifi, whose Williams ground to a halt after he reported something “felt weird”.

In between the chaos, Russell went fastest on the soft tyre – a tenth clear of Leclerc, with Perez – who suffered a wild spin at Turn 12 but continued – in third.

Hamilton was fourth, a tenth further back, ahead of Fernando Alonso (Alpine), Lando Norris (McLaren) and Gasly.