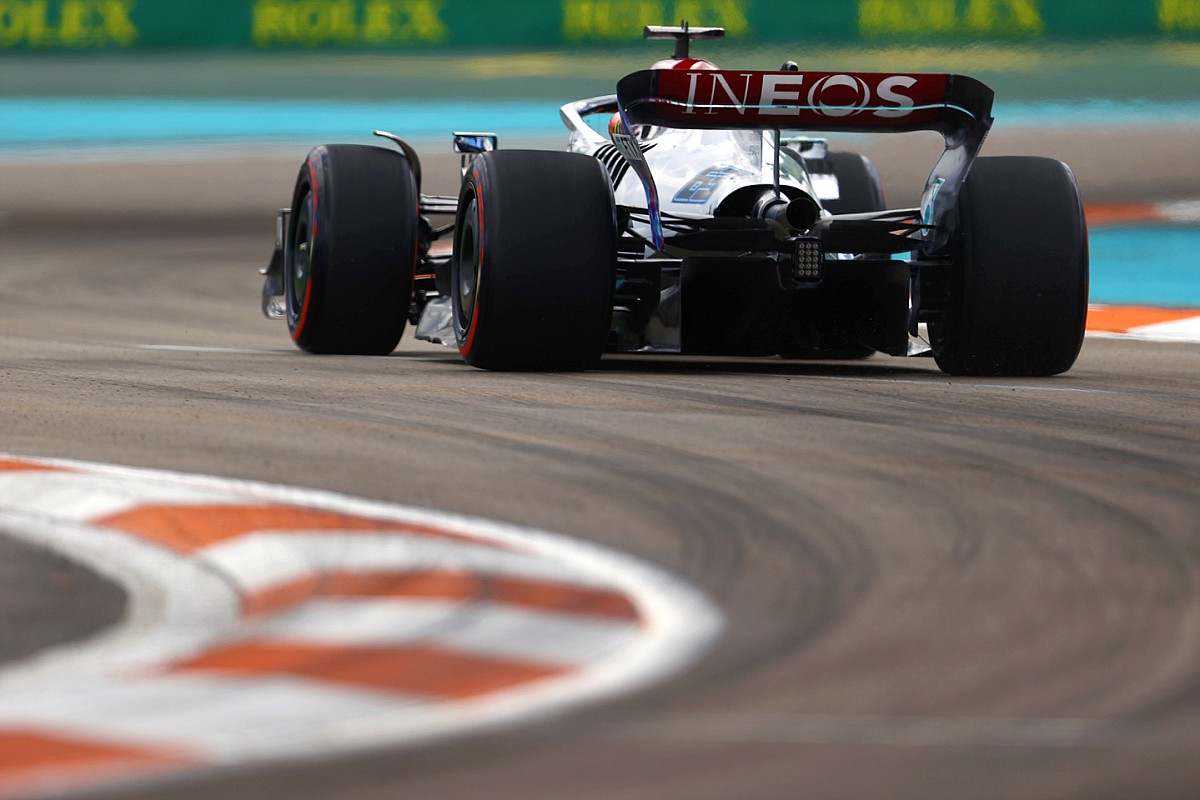 F1 began its inaugural Miami GP with a frantic pair of practice sessions as teams and drivers got to grips with the Miami International Autodrome, where Charles Leclerc led the opening practice session before Russell capped an encouraging day for Mercedes with top spot in FP2.

Carlos Sainz and Max Verstappen were the big names to struggle on Friday, with the Ferrari driver crashing early in FP2 which ended his session prematurely while the reigning F1 world champion failed to set a lap time in the session due to reliability woes following a gearbox change and a hydraulics issue.

That effectively left both Ferrari and Red Bull down to one car for the majority of FP2, Leclerc taking second place behind Russell, with Sergio Perez slotting into third place for Red Bull ahead of the second Mercedes of Lewis Hamilton.

Fernando Alonso led the F1 midfield fight for Alpine with fifth place in FP2, as further back Valtteri Bottas missed the entire second practice session having crashed heavily at Turn 7 in FP1. 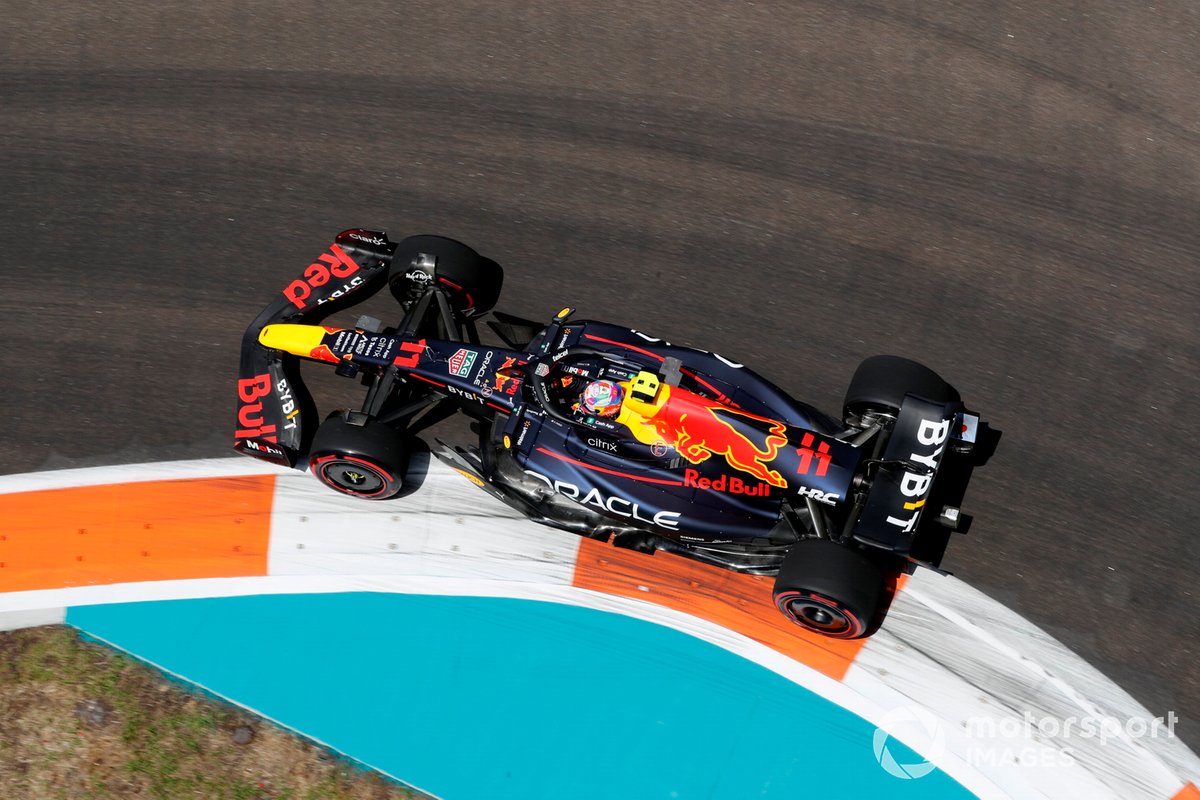 What time does qualifying start for the F1 Miami Grand Prix?

Fans wanting to watch the race for free will have to wait until Saturday evening (qualifying) or Sunday evening (race) to see the highlights on Channel 4.

How can I watch F1 Miami GP qualifying?

In the United Kingdom every F1 practice, qualifying and race is broadcast live on Sky Sports F1, with Miami GP qualifying coverage starting at 8:15pm GMT.

Autosport will be running a live text coverage of qualifying here. 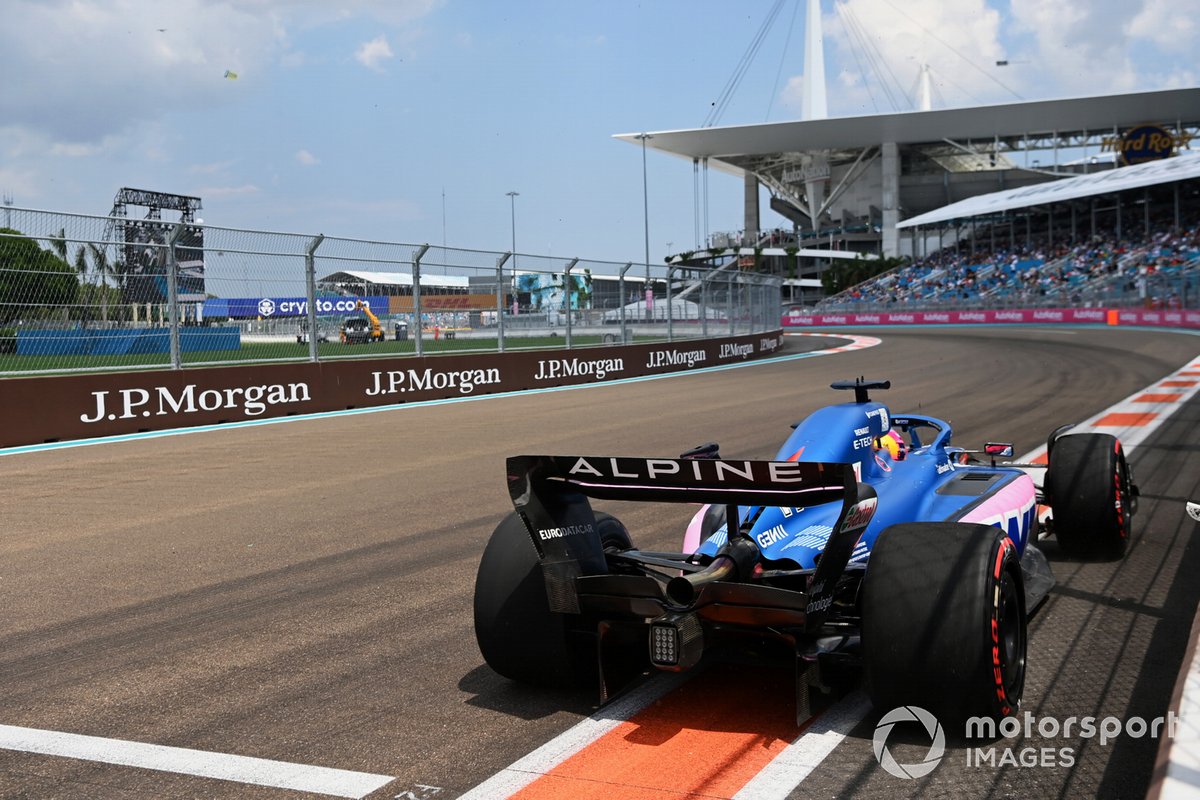 When can I watch the highlights of F1 Miami GP qualifying?

In the United Kingdom Channel 4 is broadcasting highlights of qualifying for the Miami GP at 8:30am BST on Sunday. The full programme will run for 60 minutes, covering both qualifying and wrapping up the major talking points of the race weekend so far.

Will F1 Miami GP qualifying be on the radio?

Live radio coverage of every practice, qualifying and race for the 2022 F1 season will be available on the BBC Radio 5 Live, BBC 5 Live Sports Extra or via the BBC Sport website.

Coverage of Miami GP qualifying will start at 9:00pm BST on BBC 5 Live and the BBC Sounds app.

What’s the weather forecast for qualifying at Miami International Autodrome?