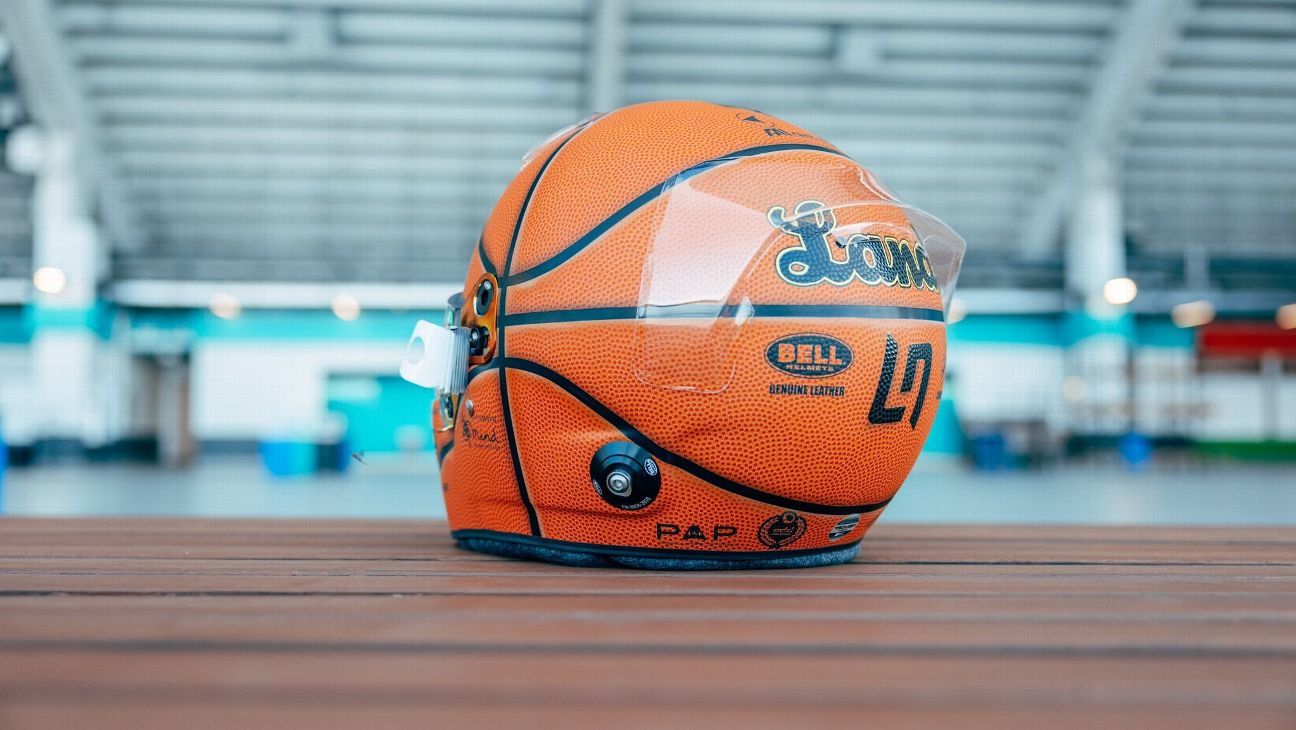 McLaren’s Lando Norris took a dig at Mercedes rival George Russell at the inaugural Miami Grand Prix on Friday as he faced questions about his new helmet painted to look like a basketball.

The two Britons are old friends from their time racing in junior series and appeared together in a scheduled news conference.

“I kind of knew everyone was going to go for palm trees and boring stuff,” he added. “I just wanted to do something very different. It’s not like elegant and wow, but it’s simple and different.

“It’s cool. Maybe it would have suited George more, considering they like bouncing a bit more.”

Champions Mercedes are struggling with a ‘porpoising’ car that bounces on the straights as the aerodynamic downforce comes and goes.

Russell said at the previous race in Imola, Italy, that the bouncing was causing him real pain.

“The bouncing really takes your breath away. It’s the most extreme I’ve ever felt it,” he told reporters at the time. read more

“This is the first weekend where I’ve been truly struggling with my back and like chest pains from the severity of the bouncing.”