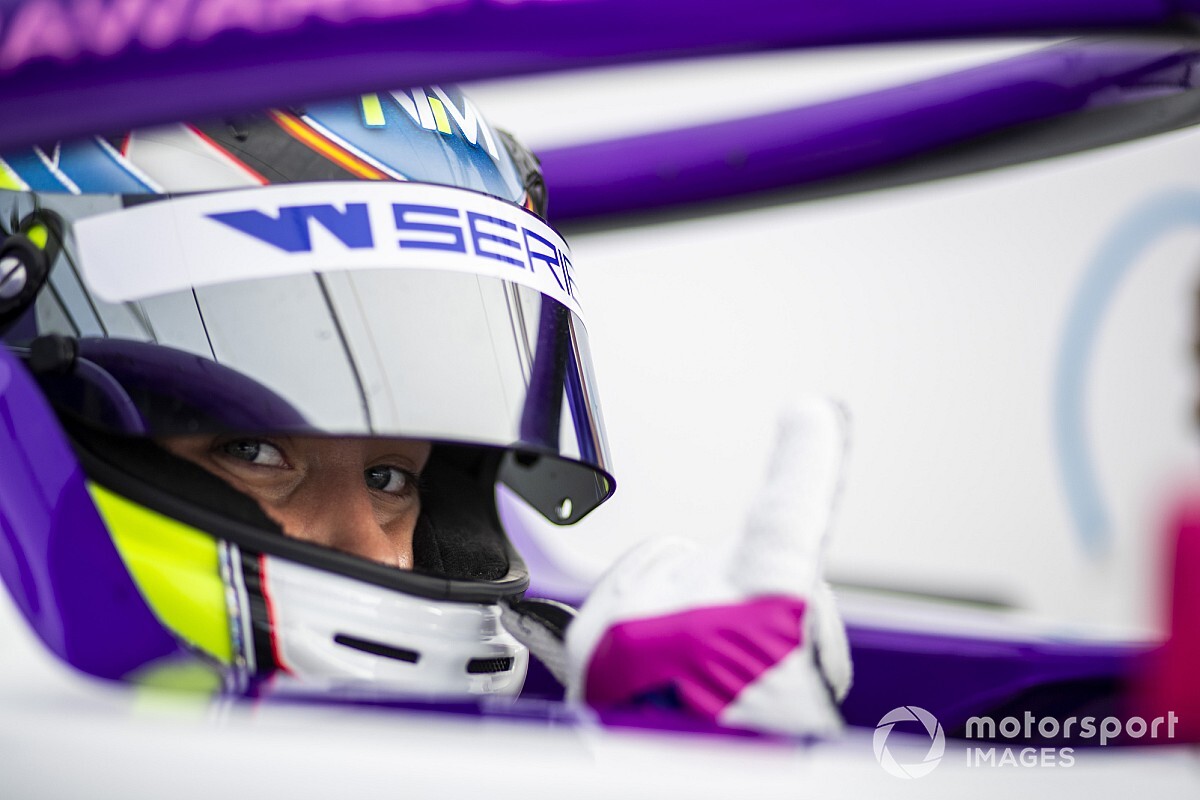 The Spanish driver took her maiden series pole for the opening race of the double-header, having finished fourth last season.

Powell was up 0.2s on her final attempt before Fabienne Wohlwend hit the barriers at Turn 3, curtailing the session prematurely and ending the Briton’s chances of pole.

Marti had been running in third with a 1m57.579s before shaving more than half a second off her lap to take pole seconds before Wohlwend’s crash.

Double champion Jamie Chadwick will line up second for Saturday’s race, with 2021 runner-up Powell settling for third, having topped practice on Friday.

Chadwick will take pole for the second race of the weekend on Sunday, with the drivers’ second-best time determining the starting grid for race two.

The reigning champion, who switched to Jenner Racing for this season, was first to set a sub-2m time, with a 1m58.818s putting her top early in the session, before she was toppled by Powell, who went almost 0.5s quicker.

Powell led for much of the session, with Emma Kimilainen slotting into second place between last year’s title rivals. 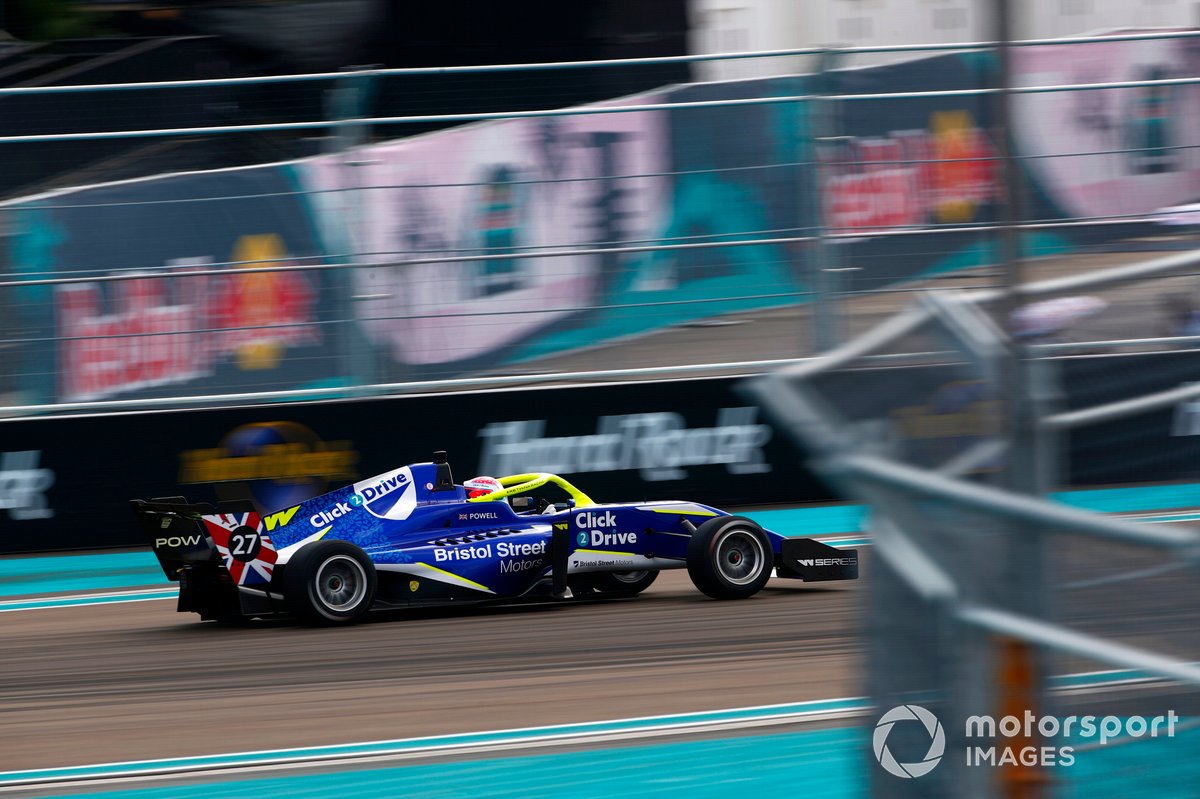 There was a brief red flag at the halfway point after rookie Chloe Chambers span at Turn 15 before managing to get going again.

Powell was 0.3s quicker than Kimilainen with five minutes remaining, before Chadwick snatched the top spot with a 1m57.080s.

Though Marti was next to take the top spot, Powell had been setting purple sectors before her final attempt was ended by Wohlwend’s crash.

Kimilainen, who finished third in the standings last year, will start fourth for Saturday’s race, with Wohlwend in fifth and Jessica Hawkins in sixth.

Chambers led the rookies, lining up in 11th place, with the remaining four newcomers occupying the final four spaces on the grid, with Juju Noda 5.7s off the pace in last.

The season opener is the series’ second-ever double header, having concluded the 2021 season with two races in Austin.