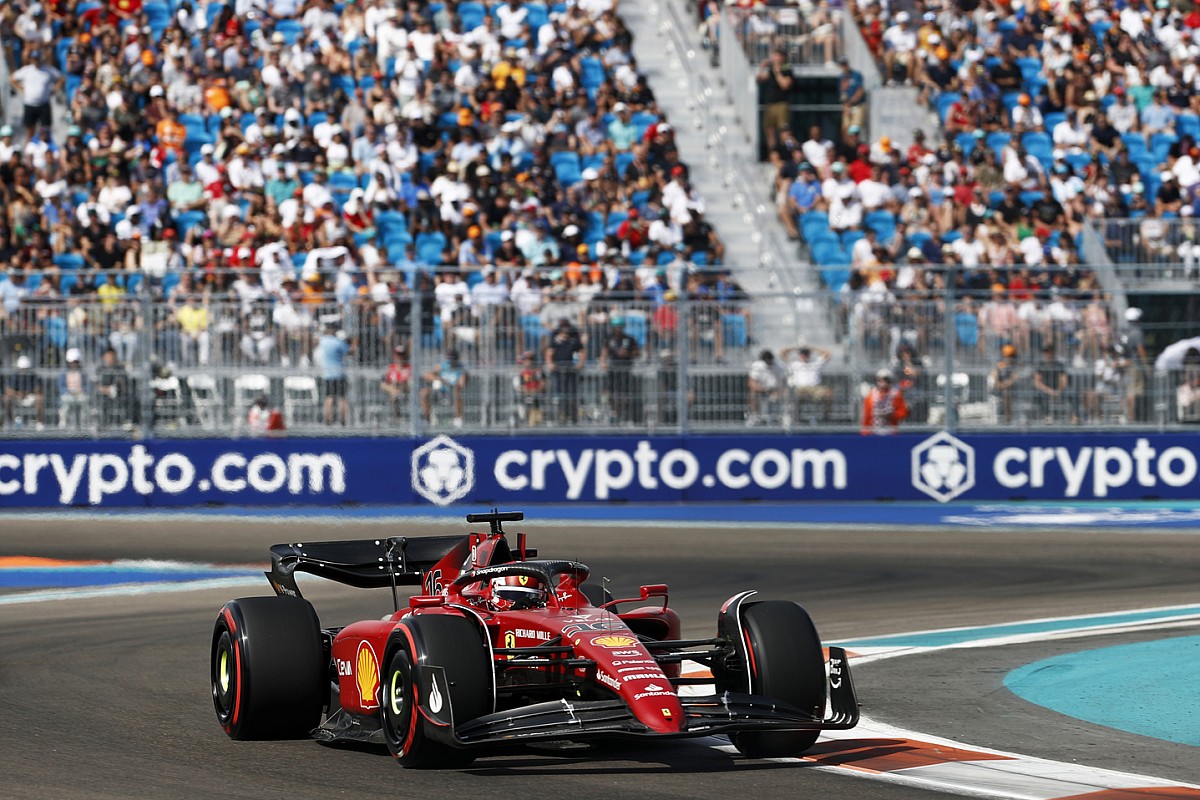 The F1 world championship leader headed a Ferrari 1-2 in qualifying to push Max Verstappen into third place after the Red Bull driver had held provisional pole after the first runs in Q3.

It marks Leclerc’s third pole of the season and acts as a good omen for the Monegasque driver as he has gone on to win both races that he’s started from first place this year.

Sainz was content with second place as he bounced back from a heavy crash in second practice on Friday, missing out on pole by 0.190s, as he beat Verstappen by just 0.005s who also suffered a truncated Friday due to a gearbox change and a hydraulics issue.

AlphaTauri’s Pierre Gasly beat Lando Norris to seventh in qualifying as the McLaren driver split him from his team-mate Yuki Tsunoda, as Aston Martin’s Lance Stroll rounded out the top 10.

The biggest absentees from Q3 were Fernando Alonso (Alpine) and George Russell (Mercedes) who will start the Miami GP from 11th and 12th respectively after being knocked out in Q2.

Alpine’s Esteban Ocon will start from the back after missing qualifying entirely due to car damage sustained in a heavy crash in final practice. 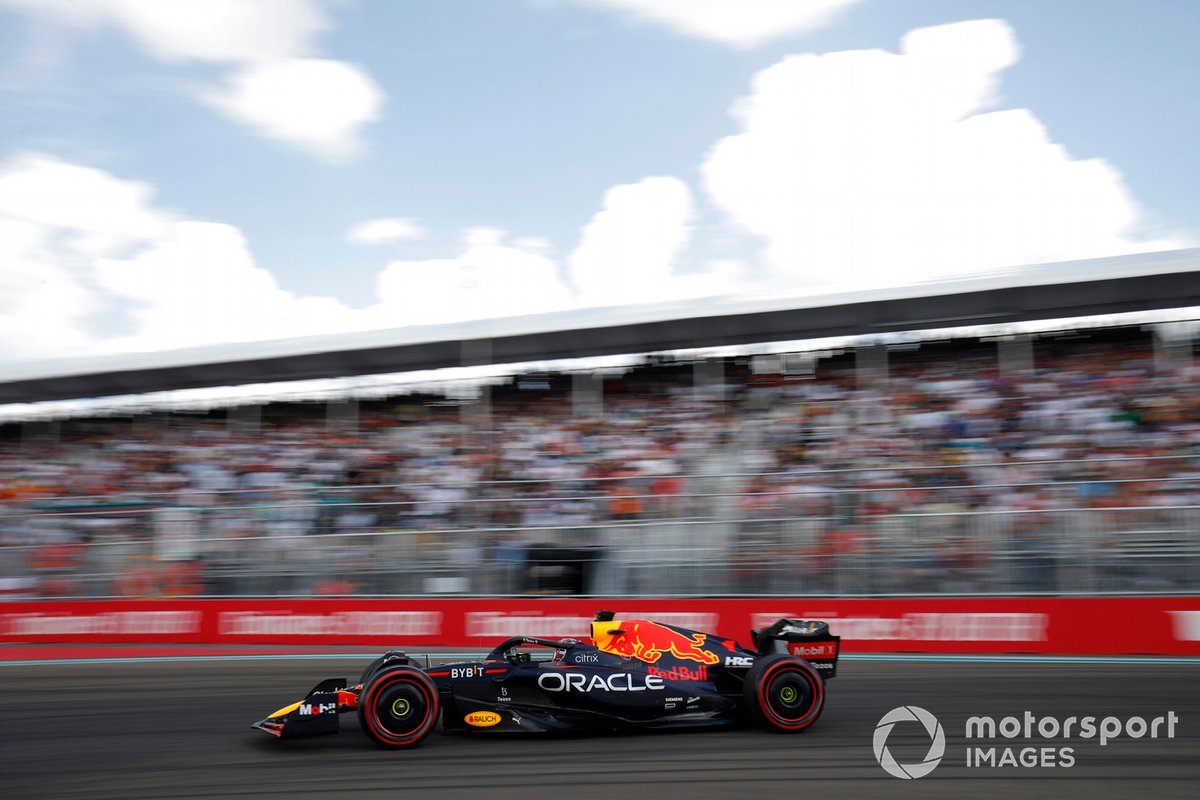 When is the F1 Miami Grand Prix?

The fifth round of the 2022 F1 season, the Miami GP at the Miami International Autodrome, gets underway at 3:30pm local time (8:30pm BST) on Sunday 8th May. 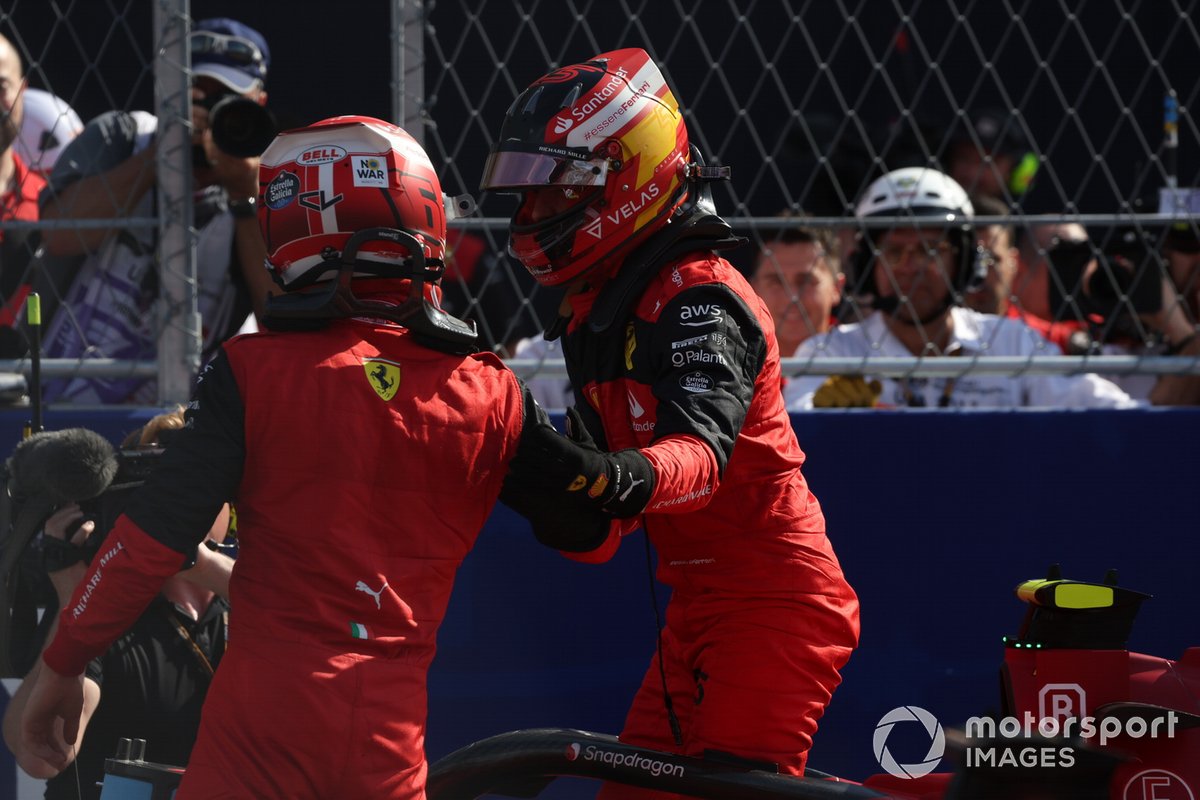 How can I watch the F1 Miami GP?

Autosport will be running a live text coverage of the Miami GP here.

When can I watch the F1 Miami GP highlights?

In the United Kingdom Channel 4 is broadcasting highlights of the Miami GP at 12:30am BST on Monday morning. The full programme will run for one hour and 30 minutes, covering the pre-race, the race highlights and the initial post-race reaction to wrap up the major talking points of the race weekend. 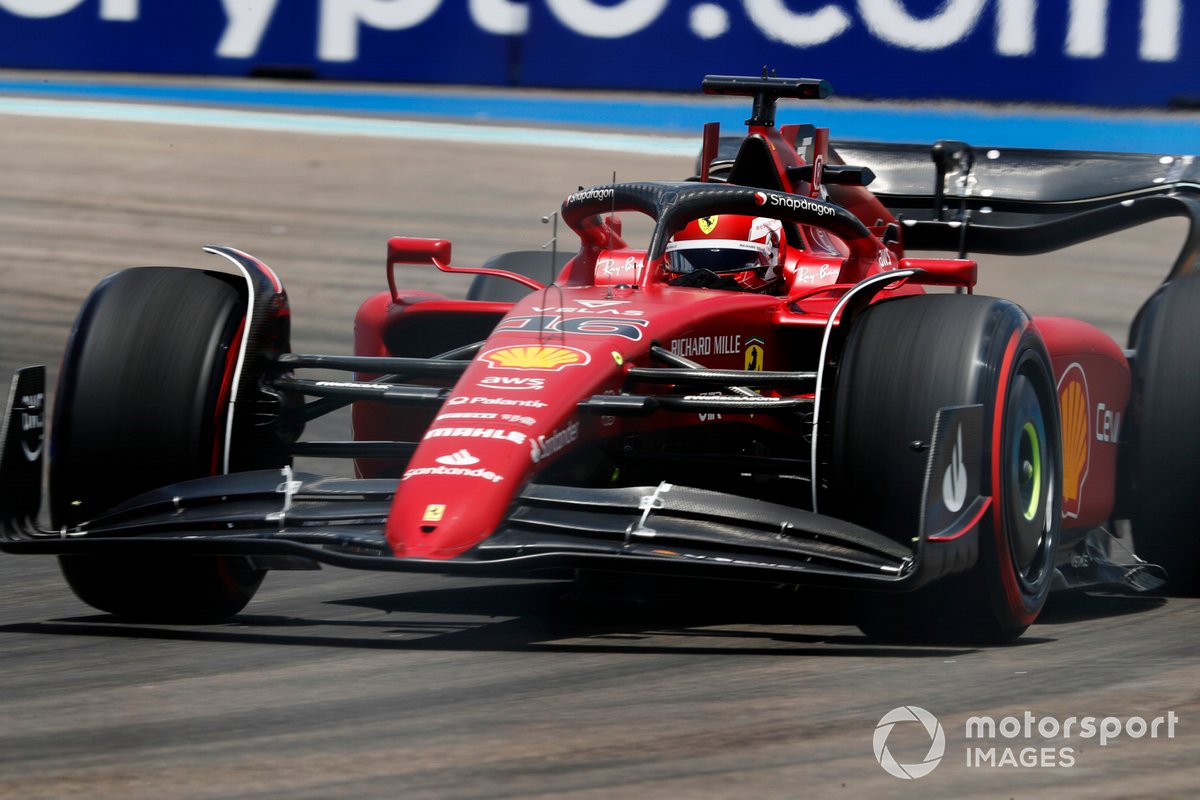 Will the F1 Miami GP be on the radio?

Live radio coverage of every practice, qualifying and race for the 2022 F1 season will be available on the BBC Radio 5 Live, 5 Live Sports Extra stations, the BBC Sounds app and the via the BBC Sport website.

Live coverage of the Miami GP will start at 8:00pm BST on BBC Radio 5 Live and on the BBC Sounds app.

Current weather forecasts predict hot and sunny conditions at Miami Gardens, with a small chance of rain and thunderstorms during the race. The temperature is expected to be 33 degrees Celsius for the start of the race, 18 degrees warmer than the Emilia Romagna GP last time out.

How many laps is the F1 Miami GP?

The race is scheduled to complete 57 laps at the Miami International Autodrome, covering a total race distance of 308.326km.