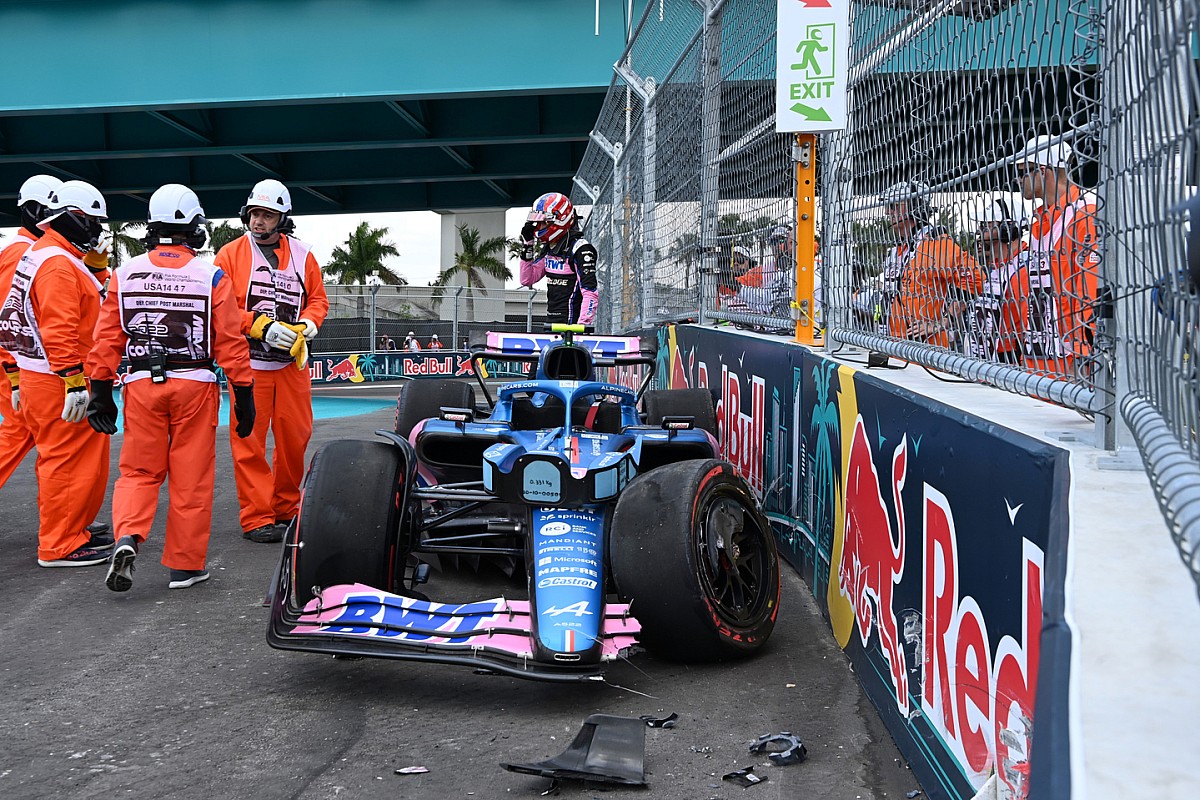 Ocon lost the rear of his Alpine F1 car going through the corner during final practice on Saturday afternoon, causing him to crash into the concrete barrier on the right-hand side of the circuit.

Ocon reported over the radio that he was unhurt, but the impact warning light meant he had to be taken to the medical centre where he was duly checked and cleared by the officials.

But a crack to Ocon’s chassis meant he could take no part in qualifying, meaning he will start Sunday’s race from the back of the grid.

The crash came at the same place where Carlos Sainz had hit the barrier in practice on Friday. Ocon revealed that Sainz had brought up the matter in the drivers’ briefing, questioning why there was no tecpro barrier in place.

“What is unacceptable really, it was 51G for what should have been not such a big impact,” Ocon said.

“To not have it and [for only] one car it has happened, but when Carlos has complained to the race director, we were all there listening to it, and nothing has been done.

“There was a discussion last night. Carlos said the impact was way too big for what it should have been. Today it felt huge, the impact. It’s probably the biggest shunt of my career, to be fair.

“Yesterday Carlos got hurt. I got hurt today as well. The FIA should push harder for our safety. The important thing is that we’re able to race, and I will be able to race as well.” 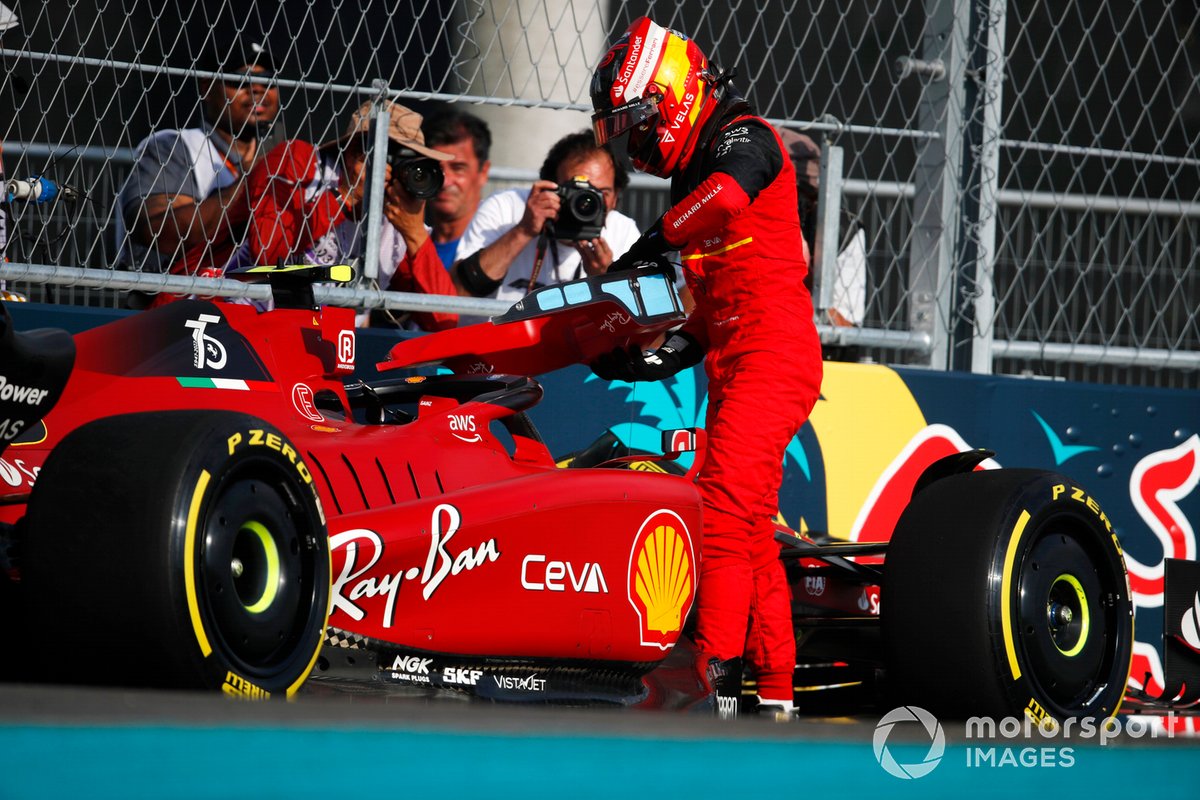 Ocon revealed that his knees took the brunt of the impact. He also felt the chassis could have been repaired in time for qualifying had there been a tecpro barrier in place.

“When a professional driver to the calibre of Carlos, racing for Ferrari, is saying something like this yesterday, I think the minimum is that it should be taken into consideration, and do the best possible to make a change,” Ocon added.

The Frenchman said he was “not going to go into details” about race director Niels Wittich’s explanation for the lack of a tecpro barrier, but said he thought “those things will be looked after from now on”.

Speaking on Sky Sports after qualifying, Sainz echoed Ocon’s thoughts that the impact of the crash should not have been so big given the speed he was travelling at when he crashed in FP2.

“I’m sorry to be critical, but I told the FIA yesterday that my crash at second gear shouldn’t feel that hard, but today my neck was a bit in pain,” Sainz said.

“I told them, let’s put tecpro there, because it’s a very hard concrete wall. Esteban crashed, and I’m sure he felt it too. And it’s one of those things that I will never understand.”

Valtteri Bottas felt there was “no reason” for the absence of a tecpro barrier at the exit of Turn 13, and expected it to be a talking point at the next drivers’ briefing in Spain.

Both Sergio Perez and Pierre Gasly expressed surprise over the severity of the impacts that Sainz and Ocon faced in their crashes, while Lance Stroll branded it “ridiculous” and “a joke”.