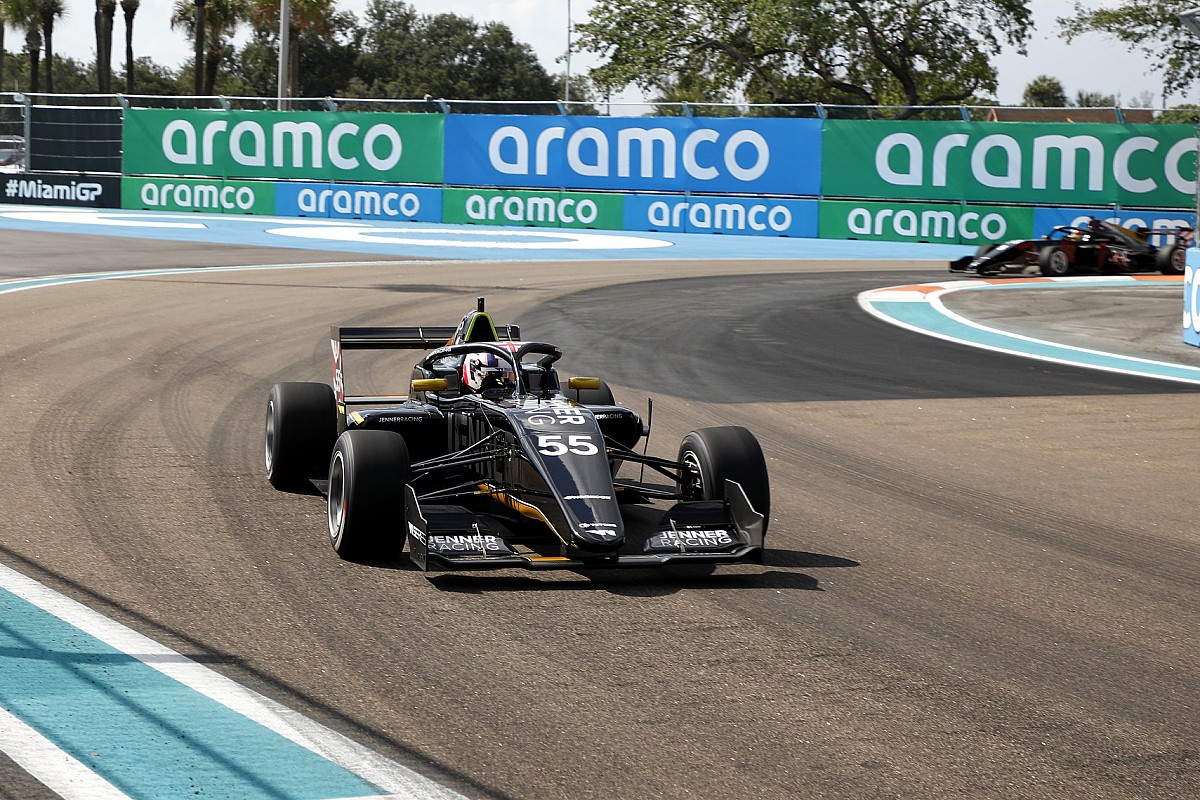 The double champion led from lights to flag to do the double, having taken victory from second place on Saturday.

It was a trouble-free race for the Williams development driver, who started on pole before cruising to victory almost three seconds ahead despite Nerea Marti’s best efforts to cut down Chadwick’s lead.

Chadwick has now been on the podium for every race since the second round of 2021 at the Red Bull Ring, and once again leads the championship.

Marti took her second series podium, finishing in second place, with Alice Powell in third despite suffering a broken wing after contact with Emma Kimilainen on the penultimate lap, giving the 2021 runner-up her 10th series podium.

There was a fierce battle for second throughout the race, with Marti and Kimilainen trading places several times in the first half of the race.

Powell also got in on the action, almost taking third place on lap eight, but struggled for pace behind Kimilainen.

Powell and Kimilainen’s contact came with just minutes left of the race, with the Finn losing the rear at Turn 17 and Powell unable to avoid her.

Despite suffering a broken wing and making contact with the wall, Powell held on for third, with Kimilainen falling back to fifth, having had a similar incident in Saturday’s race.

Abbi Pulling set the fastest lap of the race on lap seven while running in ninth, but managed to make it up to sixth place by the chequered flag, having passed Beitske Visser and Sarah Moore in the last few laps.

Visser finished in seventh, with Moore in eighth and Marta Garcia in ninth.

The Spaniard was stripped of her maiden podium from Saturday’s race, having taken second place, after receiving a 10-second penalty for causing a collision with Kimilainen on the last lap.

Chloe Chambers was the highest placed rookie in 10th, while Fabienne Wohlwend, who qualified in fifth place but lined up on the grid 10th having received a five-place grid penalty for causing a collision in Race 1, took 11th.

W Series returns at the Circuit de Barcelona-Catalunya from 20-22 May.