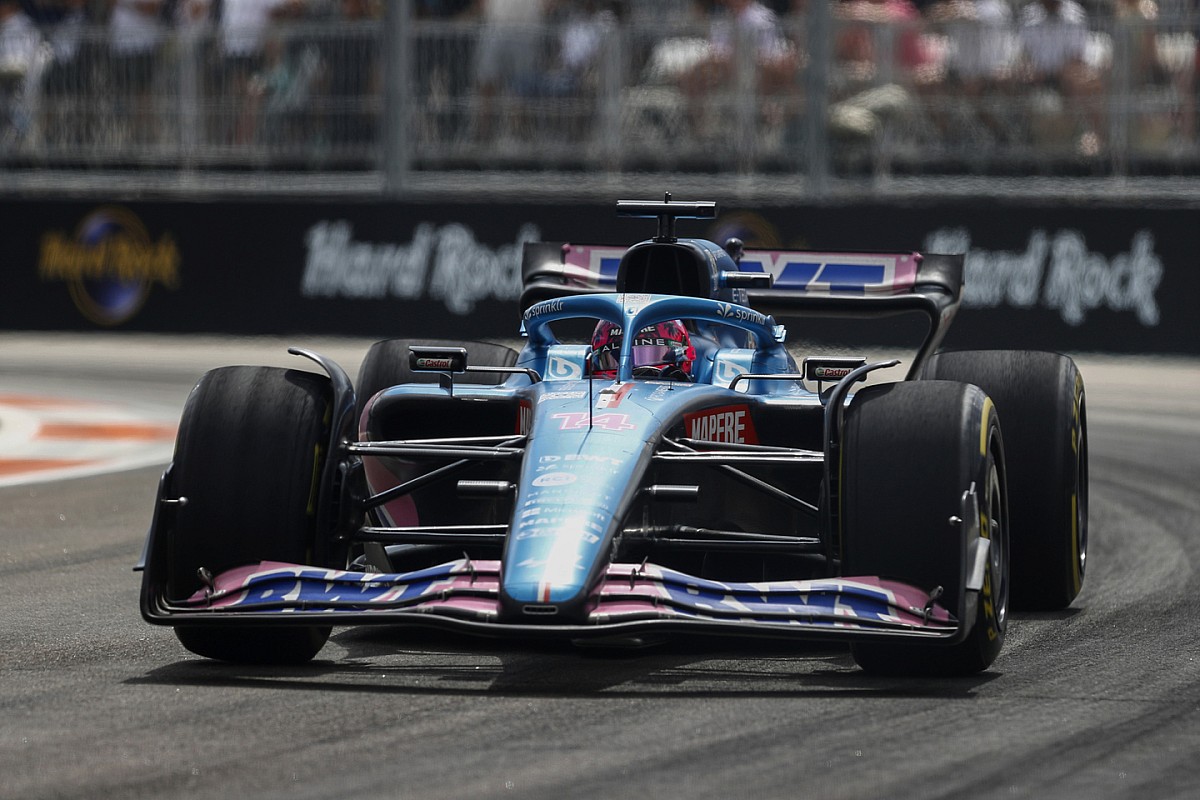 The Alpine driver, who was already given a five-second penalty during the race for clashing with Pierre Gasly, had dropped to ninth in the provisional race results behind team-mate Esteban Ocon, but picked up an additional five-second penalty for leaving the track and gaining a lasting advantage at Turn 14.

The penalty has been added to his race time, meaning he drops from ninth to 11th place in the final Miami GP race classification. Alexander Albon has moved up to ninth place for Williams and Lance Stroll is promoted to 10th place and the final points position for Aston Martin as a result of Alonso’s penalty.

Alonso also picked up one penalty point on his FIA racing licence, putting him on a total of three for the 12-month period.

Speaking after the race but before the second penalty was confirmed, Alonso said he had apologised to Gasly for his error in the crash, having earlier lost time to the AlphaTauri driver due to a slow pitstop which wrecked his undercut attempt. 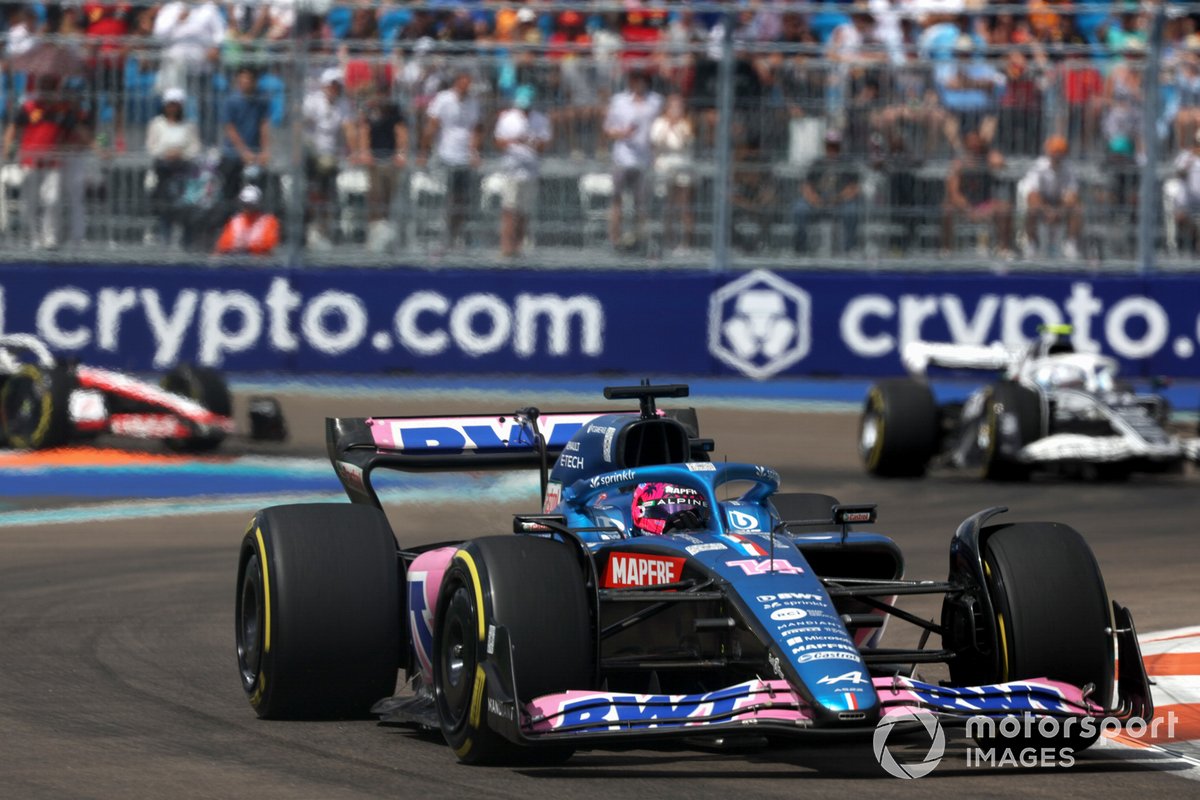 “It was a tough race on our side for sure. I was very aggressive at the start. I made four or five places there, I touched with Lewis, but the car was good after that. So that was a lucky touch,” he said.

“Then on the pitstop, I had a slow pitstop, I lost like four seconds there, so I had to recover that time with Gasly.

“Eventually I closed the gap, and I was very optimistic on the move with him, so I touched with Gasly again, and I had the penalty, five seconds, which I deserve, it was my mistake, I braked too late.

“We were ready to give back the position, but he was on the pitstop at that time, so I have to pay those five seconds.

“And then the safety car was right perfect for the hard starters, once again. So we lost a couple of places there.”