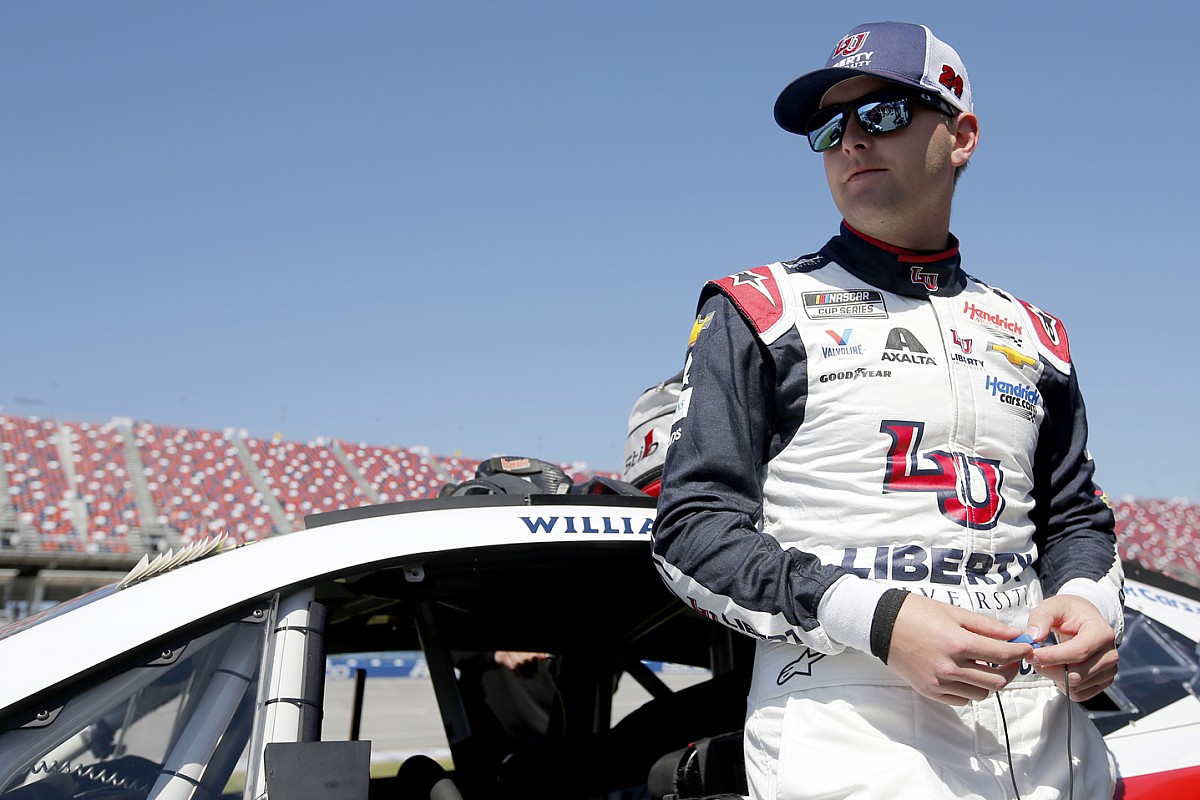 Logano lined up in the lead on the final restart with 25 of 293 laps remaining with Byron and Tyler Reddick right behind him.

As Byron and Logano battled side-by-side in Turn 2, Logano felt Byron crowded him up the track to complete a pass for the lead which triggered a clash between the two rivals.

Logano patiently ran Byron back down and had the chance to reclaim the lead in Turn 3 with one race to go, he hit Byron square in his rear bumper, which sent him up the track and Logano into the lead.

Byron ended up tagging the wall on the final lap while Logano snapped a 40-race winless streak.

“I mean, we were really close off of (Turn) 2 and I think it spooked him and got him tight, and he was right against the wall and I got the lead,” said Byron, who ended up finishing 13th. “He’s just an idiot. He does this stuff all the time. I’ve seen it with other guys.

“He drove in there 10 miles an hour too fast, and with these Next Gen cars, he slammed me so hard it knocked the whole right side off the car and no way to make the corner.

Until the final restart, Logano clearly had one of the most dominant cars in the race. He led a race-high 107 laps and led nine times – no other driver led more than twice.

However, Byron didn’t think whatever transpired between the two on the final restart warranted Logano’s move at the end of the race.

“I don’t know, it was close racing on the restart. We were faster than him,” Byron said. “Obviously at the end, the right-rear started to go away, and yeah, he didn’t even make it a contest.”

Logano offered a different view when asked about the late clash with Byron.

“I don’t know if he meant to get into me and fence me, but he did and at that point I felt like it was ‘game-on,’ ” he said.

“I was able to get back to him there the last few laps, pushing really hard, and just knew that was my shot to win the thing and I had to take it.”