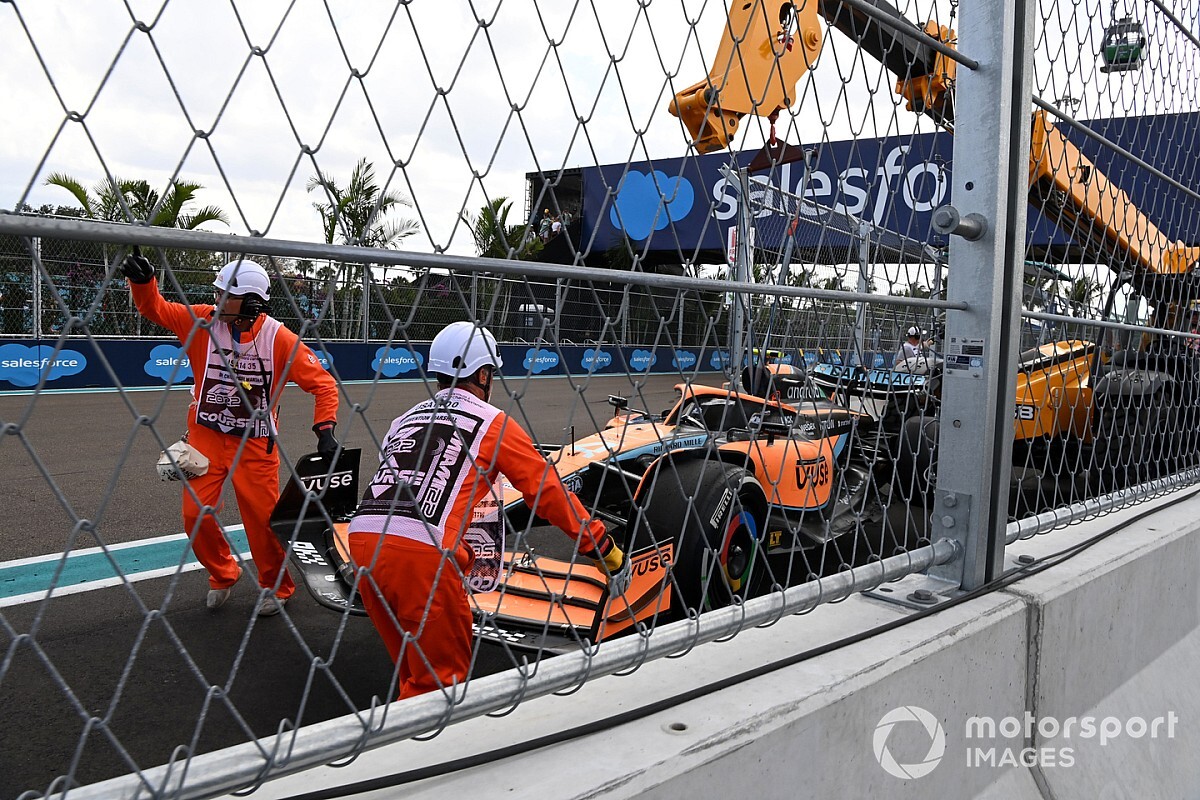 Gasly and Norris made contact while exiting Turn 8 with 18 laps remaining, causing Norris to hit the wall on the left-hand side of the circuit and retire from the race on the spot.

It came after Gasly had ran wide at Turn 7, allowing Mick Schumacher and Kevin Magnussen to pass him, before Norris also tried to get ahead, only to make contact with Gasly’s front-left tyre.

The stewards noted the incident, but opted to take no action. Gasly retired soon after the clash, reporting that something on the rear-right of his car was broken that had caused him to run wide.

Gasly explained in the media pen after the race that the damage had been sustained one lap earlier when he clashed with Alpine driver Alonso, who had tried to dive up the inside at Turn 1, only to result in contact.

“We tried to do one more lap to see if we could continue, and the car was too damaged, I could not even stay on-track or turn left anymore,” Gasly explained.

“Then on our last lap, on our way back to the pits, I was going slow after Turn 7, and yeah, all the cars passed. I was trying to turn right to give room, and Norris came and clipped my front-left tyre.” 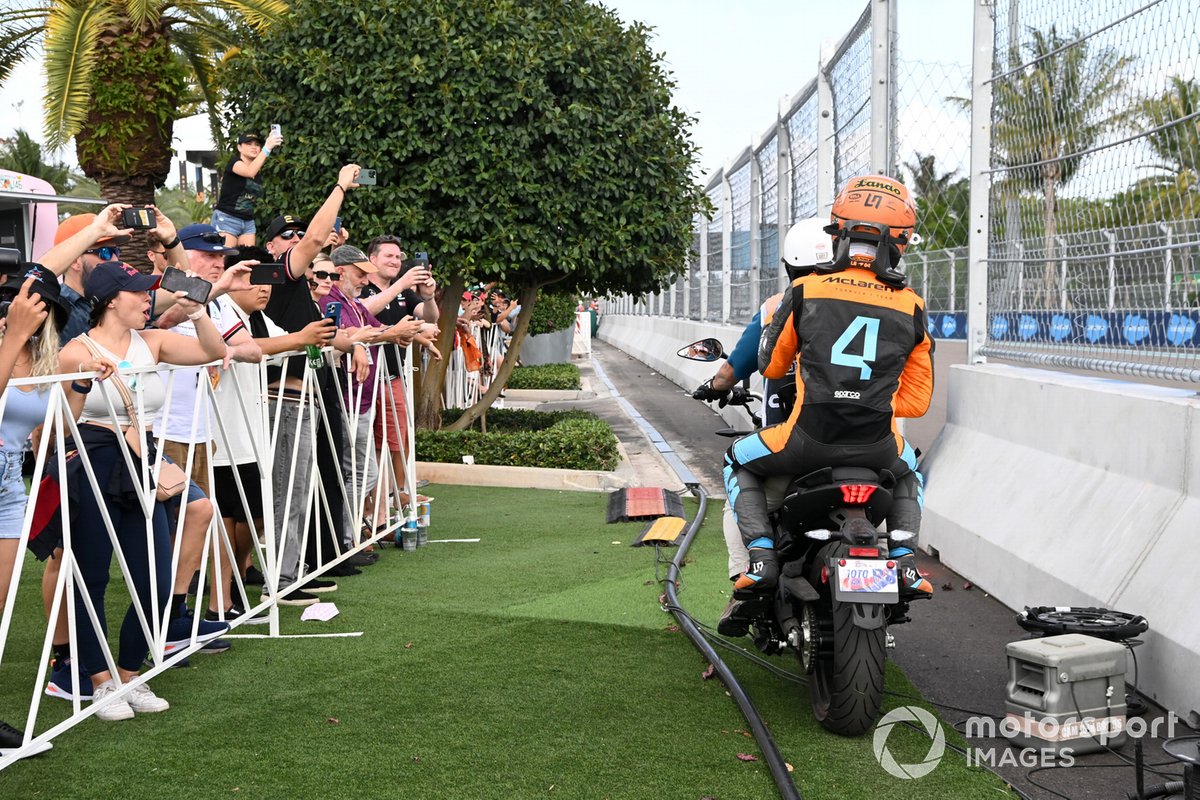 Lando Norris, McLaren, is given a scooter ride back to the pits after crashing out of the race

Gasly added that he was “so slow” and was “trying to squeeze the car as much to the right as I could” to avoid the cars chasing him.

“I saw some guys passing by, and yeah, in Turn 8, I was turning right, and he came,” Gasly said. “Everything goes quite fast, I was trying to give room to everyone, he came and came close to me, and he clipped the front left.”

Gasly felt he did not think it was necessary to apologise to Norris, saying: “I was trying to give room. I could have probably gone to the left, I was turning right, you guys can check the onboards. I don’t know where I could have gone.”

When Norris was informed of Gasly’s explanation, he accepted that his retirement was “just unlucky”.

“It kinks right and the track goes this way, and he’s just kind of coming straight across it,” Norris said. “If it’s because of the damage, I don’t know what I should do, drive right next to the wall and hope for the best or something. So [I was] just unlucky, I guess.”

Alonso was hit with a five-second penalty for causing the collision with Gasly. Alonso sought out Gasly in the media pen after the race to apologise, and took full blame for the incident.

“I was very optimistic on the move with him,” Alonso said. “I had the penalty, five seconds, which I deserve, it was my mistake, I braked too late. We were ready to give back the position, but he was on the pitstop at that time, so I have to pay those five seconds.”

Alonso received another five-second penalty after the race for going off-track and gaining an advantage, relegating him to 11th in the final classification and denying him two points after earlier finishing eighth on the road, before dropping back to ninth due to his initial time penalty.