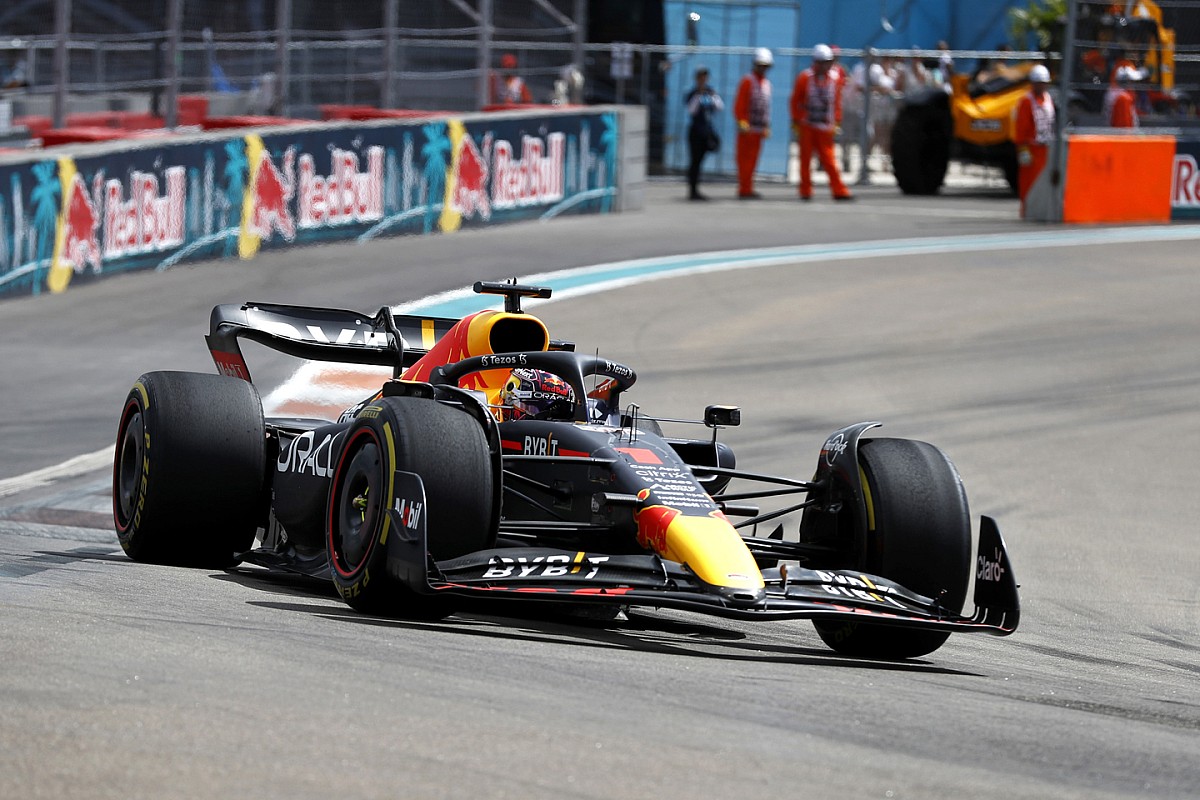 But the on-track spectacle left a lot to be desired at stages on Sunday. While a late safety car threatened to shake-up the running order, the difficulty drivers faced overtaking meant action came at a premium.

Charles Leclerc fought as hard as he could to try and catch race leader Max Verstappen, but even with the long DRS straights, there was little he could do to overturn the Red Bull’s advantage.

In the latest edition of Paddock Packdown from the Miami International Autodrome, Autosport F1 Reporter Luke Smith looks at why the track surface made it so hard for drivers to overtake, as well as what could be done to the circuit layout following feedback from drivers.

Luke also recaps the Miami event as a whole, and why it acts as a solid foundation for the future of the race to be built upon.