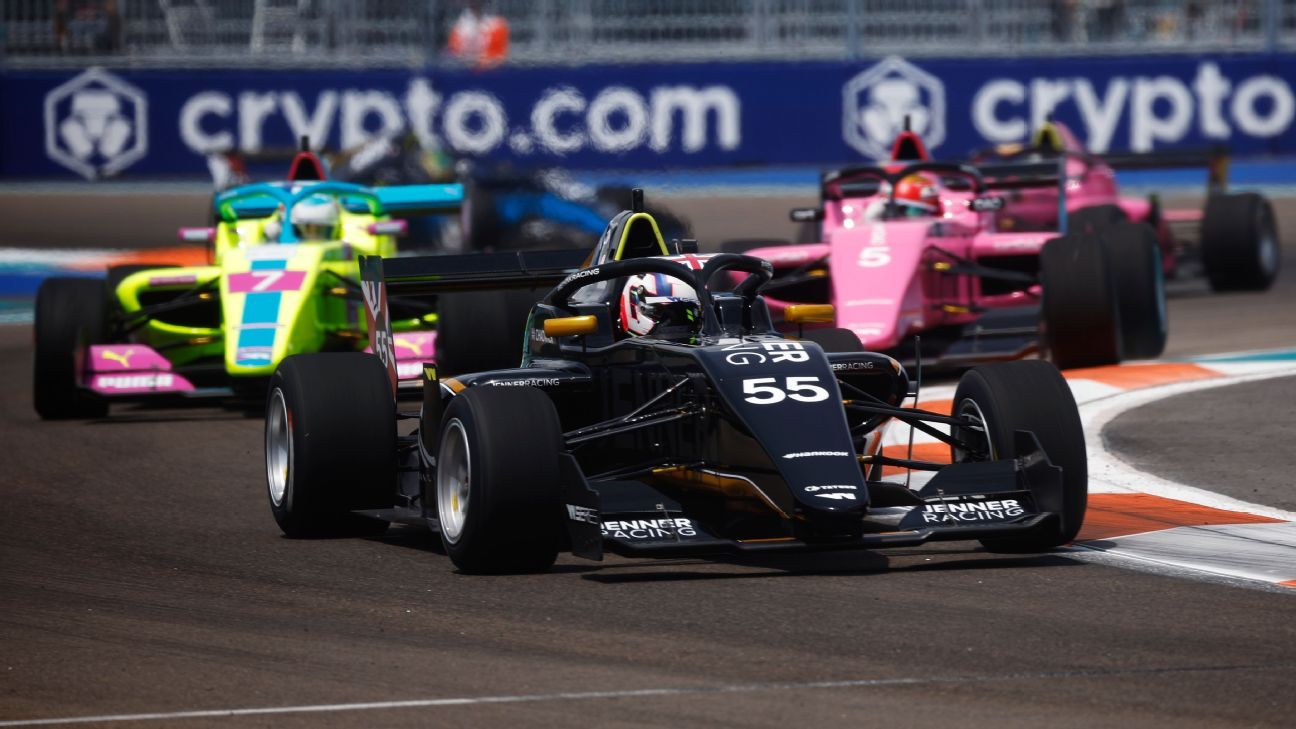 Britain’s Jamie Chadwick made a perfect start to her bid for a third W Series title by winning the season-opening race of the all-female championship with a last lap overtake at the Miami Grand Prix on Saturday.

Kimilainen, who had passed Chadwick before a second safety car period, then collided with Spaniard Marta Garcia who finished second.

The half-hour long race came before qualifying for Miami’s inaugural Formula One grand prix, with a second W Series race to be held on Sunday.

Britain’s Alice Powell, overall runner-up to Williams F1 development driver Chadwick last season, stalled on the front row and then crashed into the wall at turn seven, bringing out the safety car and then red flags.

Spaniard Nerea Marti made a poor start from pole, with Chadwick seizing the lead, and finished eighth.