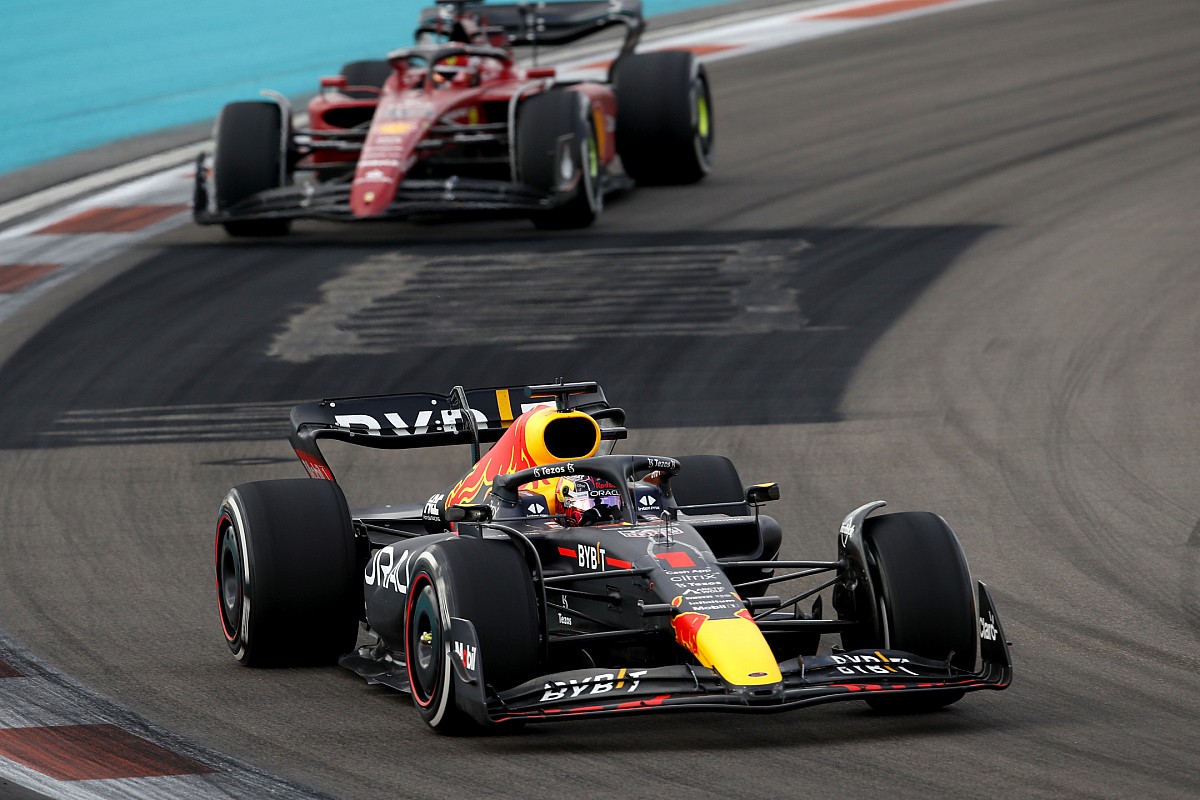 A crash between Pierre Gasly and Lando Norris towards the end of Miami’s inaugural F1 race triggered the safety car and appeared to hand a golden opportunity for Ferrari to take a strategy gamble.

By the time race control had switched from a virtual safety car to full safety car, race leader Max Verstappen had passed the pits, but Ferrari duo Charles Leclerc and Carlos Sainz had still not done so.

That meant the door was open for either or both to dive in and swap to fresh rubber, which should have given them an advantage for the final run to the chequered flag.

But, surprisingly for Red Bull, Ferrari kept both its drivers out on older tyres.

Red Bull team boss Christian Horner said afterwards: “Ferrari let us off the hook slightly when it went from a virtual safety car to a full safety car.

“Max had already passed the pit entry, whereas Ferrari would have had a free stop. They didn’t take it with either of their cars.

“We’re grateful for that, because I think if they did put soft tyres on, that would have been a P3 today.”

Ferrari has explained, however, that the situation was not as straightforward as it simply missing a golden opportunity to gun for the lead.

Leclerc and Sainz were pretty restricted on their tyre options at that stage of the race, with neither of them having a new set of mediums or softs available.

The pair could only have switched on to a new set of hards, but Ferrari team boss Mattia Binotto reckoned that would have been worse than sticking to the old set they were running on. 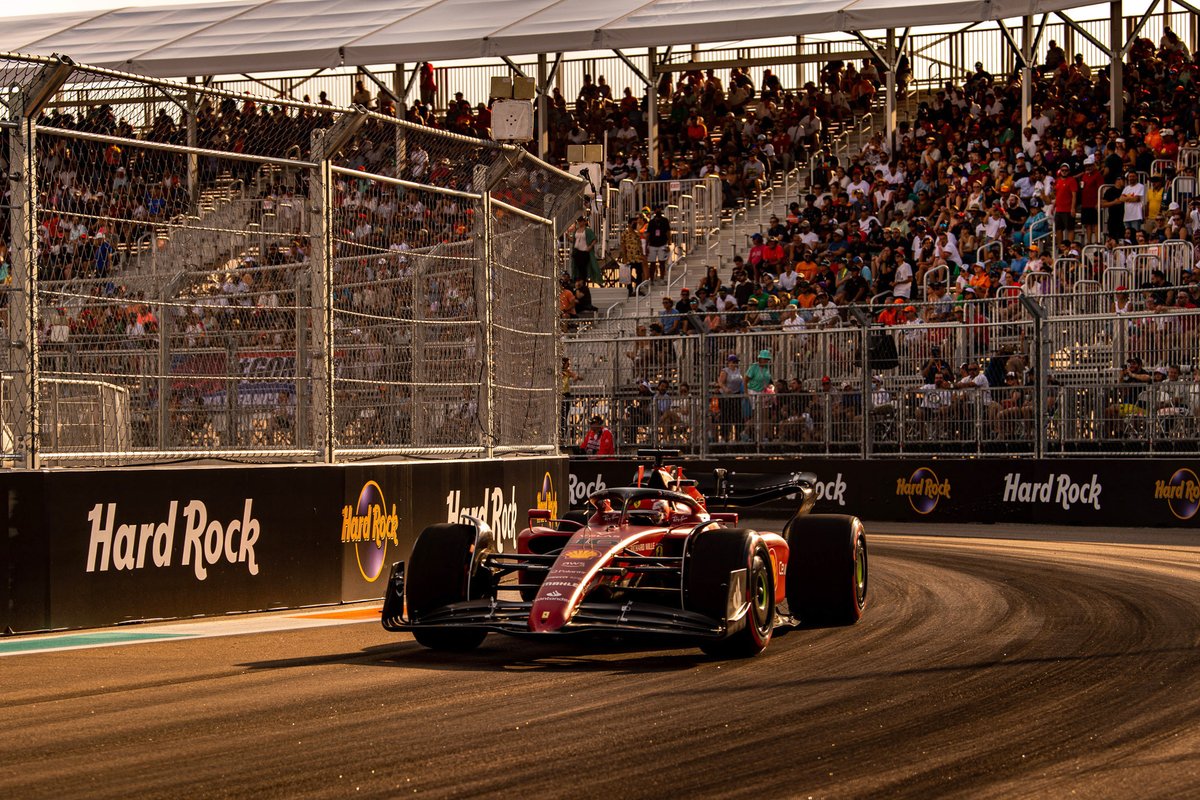 “We believed that in terms of warm-up, a used tyre would have been stronger than a new one,” he explained.

“We would have suffered more warm up issues with a new hard, which were the ones that we had available in the garage.

“So we decided to stay out because we believed that was the best chance for us to have a good warm up and attack in the first laps, which is what happened.

“I think that the best opportunity for Charles had been just on the very first lap after the safety car, and certainly he was close at that stage. And for Carlos as well, [it helped] to try to defend on Checo with the new medium.”

Sainz himself fully backed Ferrari’s call to stay out, even though he faced a pretty difficult time trying to keep Sergio Perez on fresh mediums behind him.

“I knew Checo was going to pit because he had a new medium,” said the Spaniard “Our alternative was a used soft, or a new hard, which for me, both of them were not good enough for 10/12 laps.

“I think it was the right call because in the end we managed to keep him behind. But it was tight, He had all everything, all the cards to actually pass me. I’m a bit surprised that we stayed ahead because it was a tight, tight battle.”