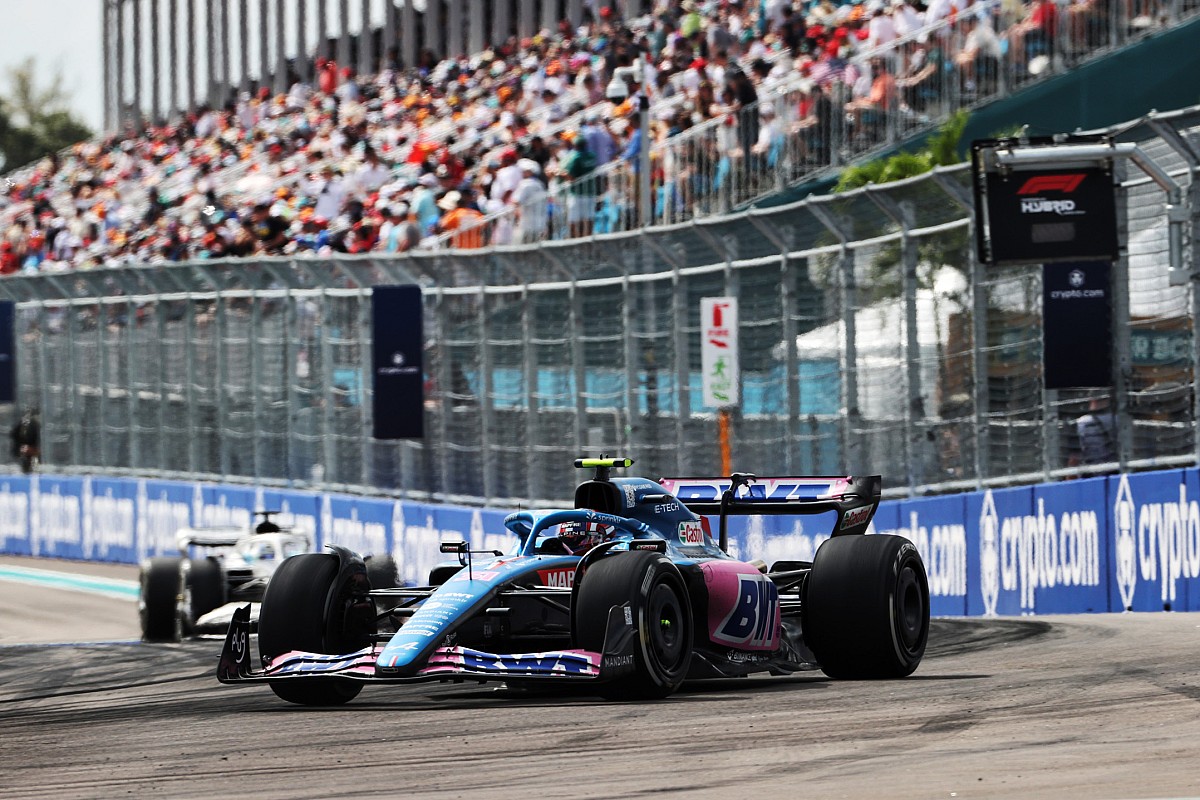 The Alpine driver explained that he felt only “50%” physically after his heavy crash in FP3 on Saturday, with 51G impact into a concrete wall on the exit of turn 13.

With no time to repair the car fully, Ocon had to miss qualifying, and was thus obliged to start from the back of the grid after the team built up the spare chassis.

He gained two places as both Aston Martins had to start from the pitlane, and then he steadily worked his way up the field with a long opening stint on the hard tyre.

He was able to make his change to soft tyres under the safety car and eventually finished ninth on the road, before gaining a spot from a penalty for Alpine team mate Fernando Alonso.

“I am delighted, I think it is a victory for us today,” he said when asked about his charge by Autosport.

“There was clearly a mountain to climb for all of us, but I think from the strategy to the radio calls, the tyre management, everything was perfect today. And to end up in the points being 50% physically as well, for me it’s like a win.

“It is a different challenge for sure, it can go wrong, it can go right. Today it went right. But it’s not very enjoyable as I said to race being 50% physically. It’s as hard as Singapore here in terms of humidity and heat.” 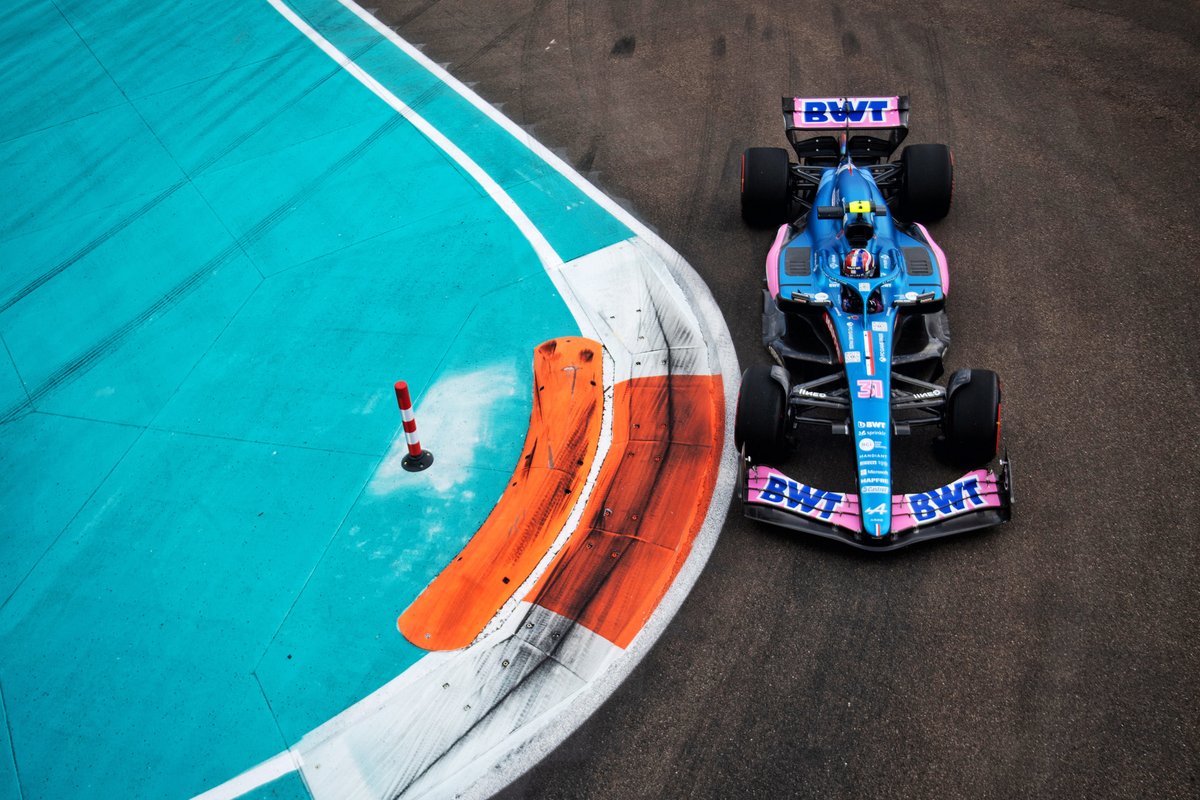 The decision to start on the hards paid off for the Frenchman, as it did for George Russell, despite the hard-tyre starters struggling at the start to make up ground.

Ocon explained that he had to manage his pace to extend his hard-tyre stint, which yielded dividends later as the safety car emerged.

“We knew what we had to do,” said Ocon. “We wanted to go very long with the hards, we wanted to get this tyre to last long, so I was managing quite a bit at the start.

“It was harder than expected, I thought the tyre was never going to switch on to be fair, but it did, so that was good.

“We were not very fast at the start, and then the pace increased slowly, slowly, and we became very quick in comparison to the other cars.”

Ocon admitted that he was still feeling sore after Saturday’s accident.

“I have to say a big thank you to the boys, because everything was broken in the car yesterday. I just checked this morning. The seat is in pieces. The pedal box is completely broken, the throttle, the brakes, it’s broken, and the chassis, obviously.

“It was a big impact, obviously I feel 50% today. But we’ve made it, and it shows also that we are doing a good job physically.”

Asked about the specific after effects of the crash he said: “The knees mainly, lower back, little bit of bruises here and there on the heels. It was 51G, so pretty painful.”